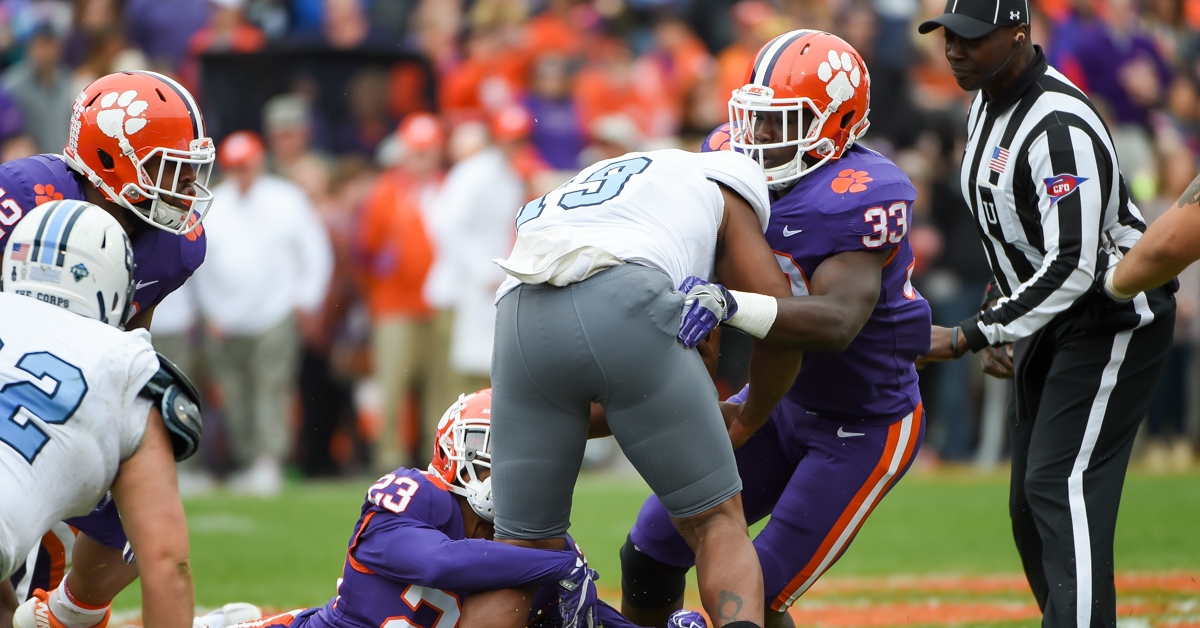 Clemson held The Citadel in check in 2017.

The Tigers dominated on both sides of the ball against the Wake Forest Demon Deacons and made a great first impression in last week’s win.

Brent Venables’s defense looked stellar as usual, allowing 330 yards and only letting Wake get in the end zone once.

This week, however, the Tiger defense faces a new challenge as they go up against a completely different offensive philosophy with The Citadel.

Venables has had little trouble in the past stopping the option offense, whether it was Georgia Tech, Wofford, or the opponent this week. But with young players who may have not seen this offensive scheme before, the defense has a lot of work to do.

“We are going to have our guys ready. Comfortable is usually never a word that we use with the option,” Venables said. “There’s a lot of work to do. You’ve got to start out ground zero every year.”

The Bulldogs only play four games this year, but before their season started, their staff was confident they had a roster to compete for a championship.

They have experience at the quarterback position and lots of skilled players around them that will make life difficult for the Tigers.

“I know going into the year they felt like they had a championship team coming back. They have a really good scheme and system,” Venables said. “(Bulldogs QB Brandon) Rainey is a really good player; they’ve got really good receivers. They’re an experience group of guys overall. Experience in running the option is a big deal.”

The Clemson defense has several young players, but one player who will make an impact is defensive end Regan Upshaw, who did not even play football before he stepped foot on Clemson’s campus.

“He hadn’t played football ever in his life until he came here. To see his development from late in the spring to where it is now, it is a complete and total transformation,” Venables said. “Regan has put in a lot of work. He has a high motor and is explosive. He’s a really great leader for us. Excited about him and he is going to really play a critical part (to our defense.”

Two young guys that look to make an already loaded defense even better are defensive ends Myles Murphy and Bryan Bresee. Both are freshmen for the Tigers but have the ability to make a strong impact for the Tigers because of how physically developed they are.

“You don’t see it very much,” Venables said. “You know it when you see it. Bryan and Myles have a super attitude. They’re workers and quick learners. They have very little egos and they are just great teammates, with the talent and ability. We’re really excited about them and combined with the other experience, I feel like we have a chance to be better, particularly upfront.”

The Clemson defense gets another chance to improve this weekend and they have the opportunity to do so in front of their first home crowd of 2020.