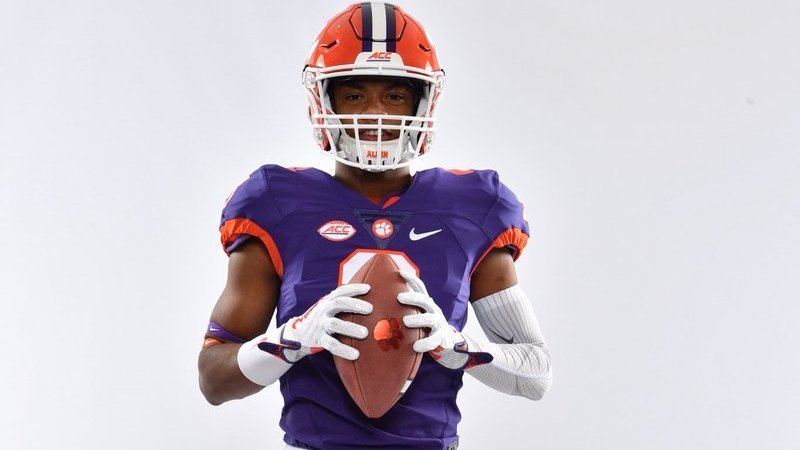 Goodrich poses with his family during his Clemson visit

The Clemson coaching staff is making a final push for 4-star defensive back Mario Goodrich, and Goodrich came away impressed with his visit to campus last weekend and the in-home visit this week.

Goodrich, out of Lee’s Summit (MO) Lee’s Summit West made the trek to Clemson this past weekend with his father, step-mother, and mother. The Clemson coaches are hoping to land at least one more defensive back this cycle, and it now appears the Tigers are in good shape with Goodrich.

Goodrich and his family arrived on the Clemson campus Friday evening, then toured Clemson’s new operations building and Death Valley to start Saturday morning. As we reported earlier, Goodrich and the weekend’s other visitor – Patrick Surtain, Jr., - spent Saturday at head coach Dabo Swinney’s new house. He spent time with player-hosts Tee Higgins and Isaiah Simmons before taking on Swinney in a game of basketball.

"He liked it, he was talking about how Coach Swinney beat him in a game of horse in basketball," said Lee Summit assistant coach Limbo Parks. "He was shocked at that. He talked about the facilities, his mom going down the slide, the barber. He said they've got everything."

"He'll fit in good with everything they want to do. He's confident he can play in it. I don't think any system bothers him. He's fine with that. He liked everything about Coach Venables and Coach Reed."

Swinney and his assistants arrived at the school Monday for a visit. Goodrich is scheduled to visit Arkansas this weekend. He also has visited LSU and Georgia. Arkansas is scheduled to be in to see him on Thursday.

A college decision is set for National Signing Day on Feb. 7. Clemson, LSU, and Georgia are the finalists.