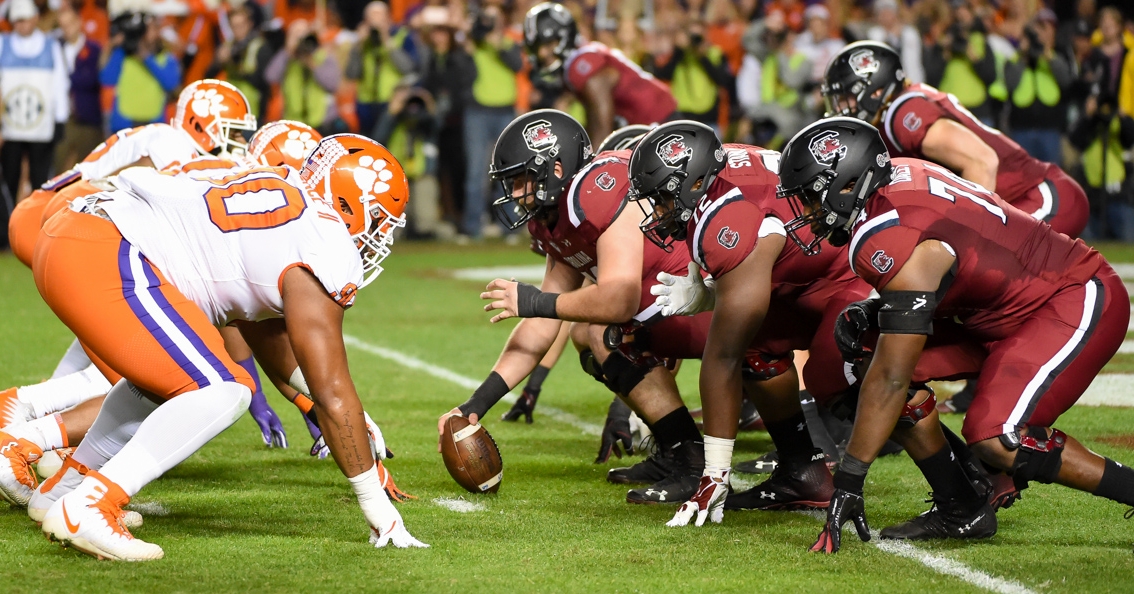 Clemson and South Carolina renew acquaintances on November 30th in Columbia (Noon, ESPN). The trip to Columbia two years ago featured South Carolina students throwing water bottles and other objects from the stands at Clemson players and coaches, and Pollard expects the Gamecocks to put their best foot forward.

He also says that going 4-0 against the Gamecocks would be nice to have on his resume.

“I would think. This game is bigger than just the people that play on the field, for sure,” Pollard said. “It's Clemson versus South Carolina. It's fanbase versus fanbase. It's always a hard-fought game. I obviously didn't grow up in the rivalry but I have a newfound love for it. I've always respected it and it's been fun. The coaches put a big emphasis and so does our team. We are just trying to finish undefeated and play the best game that we can. I think winning would give me a new pride and sense of accomplishment in my career here.”

The Gamecocks are 4-7 on the season, but Pollard sees talent on their defensive line.

“South Carolina, they are really good even though their record doesn't say it. They have played everybody tough and their d-line is one of the better d-lines we've seen for sure,” he said. “Their defense has been tough all year. We definitely have a lot of momentum and focus heading into these last two weeks.”

Former Clemson running back Tavien Feaster now plays for the Gamecocks and Pollard hopes to see his old friend before kickoff.

“That will be different. I still have his number in my phone,” Pollard said of Feaster. “He put his name in my phone and it says Tavien Feaster with two little Tigers next to it. It will be a little different. I know our defense will mess around with him a little bit. I hope I see him before the game so I can share a few words with him. He's a brother for life and when he came here he was in my recruiting class. There are no hard feelings. He made a business decision and that is his decision and I will respect him for it.”

When it comes to the South Carolina fans, however, Pollard knows the niceties will stop.

“This one woman yells at me from the crowd that orange isn't a flattering color,” Pollard said of the visit two years ago. “I was like, I am 315 pounds and I have on a tight shirt. There is really nothing that is flattering on me. Other than that, I have friends from high school who are South Carolina fans and I always get funny text messages that week. I have a former teammate - Jaylin Dickerson - that plays for them. It's always a fun atmosphere. Even when I went as a recruit it was a cool atmosphere. Their fans are great and they are going to show up and be rowdy. Even if we play at eight o'clock in the morning their fans will show up because it's a rivalry game. I know last time some of them got a little aggressive and threw stuff. It happens.”

#Clemson center Sean Pollard has had some interesting interactions in Columbia and he’s looking forward to the trip next week.