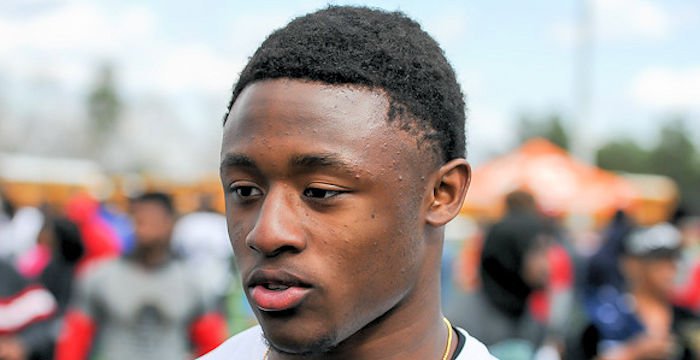 The 2019 prospect out of Loganville (GA) Grayson visited Clemson’s campus Thursday, along with Grayson teammates Kenyatta Watson and Wanya Morris, and he tweeted out after the trip that the Tigers have his full attention.

Clemson may have made a move after Thursday’s visit, where Pappoe spent time with defensive coordinator Brent Venables. Pappoe called Venables the best in the country.

“Coach V was just telling that they’ve been waiting a long time to get me back on campus because we never really got the chance to sit down and have one-on-one time,” Pappoe told TigerNet. “They wanted to show me the role I would play in their defense. I’m just now learning about all the players he’s put in the league and the Butkus Award winners he has coached. He’s the best in the country.”

Pappoe spent time with defensive backs coaches Mike Reed and Mickey Conn. Conn was the head coach at Grayson until last spring, and Pappoe said there is a certain comfort level with Conn.

"He's a really cool dude. He doesn't just care about you on the field," Pappoe said. "He makes sure you're good off the field, too. I like how he coaches too. I'm really happy for him.”

With over 30 offers, Pappie said he’s looking at several characteristics in a dream school.

How he fits into Clemson’s scheme is something he went over with Venables during Thursday’s visit, where Venables showed Pappoe that he would be used like current Clemson linebacker Dorian O’Daniel.

“Seeing how I fit into their defensive scheme is crazy,” Pappoe said. “He said they want to use me like they use Dorian O’Daniel. We were watching plays, and it was almost like I was watching myself on film.”

When asked where Clemson stands after the visit, Pappoe responded, "High."

In 2016, he had over 90 tackles and seven sacks during his sophomore season.

He plans to announce his final decision during the summer of his senior season.

The GREATEST program in the country brother! Ain't lyin' when they say it's different.. ????#WE2DEEP19 ??? https://t.co/GTIplXVlun