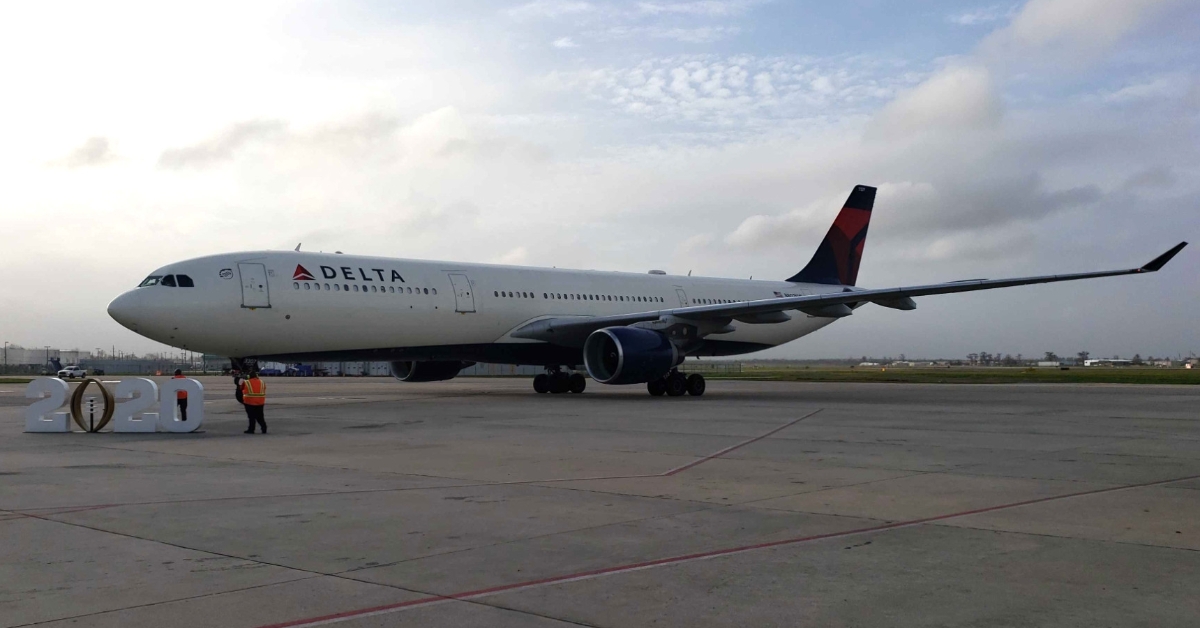 The Tigers arrived in New Orleans focused and ready to play.

NEW ORLEANS, LA - The good folks of New Orleans tried to roll out the orange carpet for No. 3 Clemson Friday afternoon but the carpet wouldn’t stay down in the high winds. It wouldn’t be Clemson and New Orleans without a little crazy weather.

The last time the Tigers played in New Orleans the week was marked by arctic weather that gripped the region prior to the Sugar Bowl. The weather is a little warmer this time around, something the Tigers found out as they walked off the plane at Louis Armstrong New Orleans International Airport.

“It’s a little warmer down here than it was in South Carolina. It’s been a long season and it’s championship season right now,” right tackle Tremayne Anchrum said, who then said the Tigers are prepared for Monday’s title game. “We’ve had really great prep these last couple of weeks. We’ve gotten really healthy over these last couple of weeks as well after a hard-fought game in Arizona. I feel like we’re ready to get back to it.”

Anchrum said the two-week layoff has made everyone ready to get to the Superdome.

“A little anxious. We’ve been really wanting to play this game,” he said. “We wanted to play right after Ohio State even when people weren’t that healthy. We were still eager to get back on the field and prove that we’re the best team in America.

“We were all kind of giddy (on the plane). We were ready to play today, truth be told, but we know we still have some things we have to work on. We still have to go through the process to be ready by Monday.”

Clemson traveled to a rainy Santa Clara last season and walked away with a 44-16 victory over Alabama.

“Honestly, it does feel familiar. It doesn’t feel any different,” Anchrum said. “It feels familiar, but at the same time, it feels fresh every time. That new air that you can smell, and you know you’re not in South Carolina anymore. It’s that different atmosphere. It’s a championship game. You can feel the excitement. People are ready. It’s different, but it’s still familiar.

“We’re focused. It’s a business trip. We had the bowl experience a couple of weeks ago. This is a championship experience. We have to be inside out. The odds are against us. The whole state is against us. It’s probably going to be 70-30 them and probably more, but we’re just focused on what we do best, and we just have to execute.”

Linebacker Chad Smith said he wishes the game could be played today.

“It’s been flying by, but so far this whole day has been dragging on and I feel like it’s probably going to be like that until the game starts. We’re excited for this opportunity. We’re really eager to show what we can prove on the national stage. It’s exciting.”

Smith said the Tigers are ready to attack.

“We’ve just been laying in the weeds waiting to attack. We’ve just been sitting back and excited for this opportunity and ready to show it on the national stage,” he said.