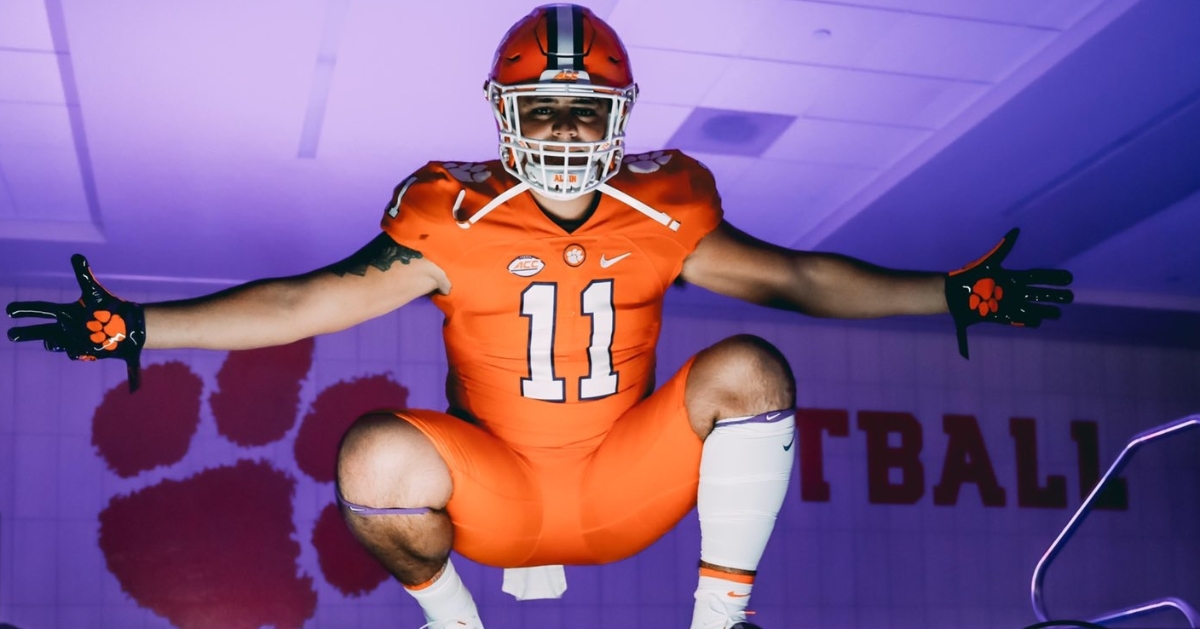 Bryan Bresee was the nation's No. 1 player in the 2020 recruiting cycle.

Clemson is the place for No. 1 recruits.

Head coach Dabo Swinney loved to tell people that his program appeared in five consecutive College Football Playoffs and won two National Championships without the benefit of a No. 1 recruiting class. That all changed (sort of) in February when ESPN dubbed the Tigers’ 2020 recruiting class as the best in the nation.

One thing Swinney couldn’t say, however, was that his program didn’t sign the top player in the country.

Clemson has signed the nation’s consensus top player in two out of the last three recruiting cycles, welcoming quarterback Trevor Lawrence in 2018 and defensive tackle Bryan Bresee in 2020.

Clemson is the only team in the country to sign Rivals’ No. 1 recruit twice in a three-year span since Swinney was named head coach at Clemson. Signing the No. 1 overall recruit again in 2021 would make Clemson the first school to sign the nation’s top player in back-to-back years in accessible Rivals.com and 247Sports data.

Clemson’s recruiting classes have finished in the top-15 of at least one of three primary recruiting services (ESPN, Rivals and 247Sports) every year since 2011. Clemson is one of only seven schools to produce a top-15 class in each of the last 10 years, a group that also includes Alabama, Auburn, Georgia, LSU, Notre Dame and Ohio State. The next longest active streak of top-15 classes is five (Florida).

Swinney said he doesn’t care where they are ranked — he just wants good players who are also good people and good students. He also loves the fact that the Clemson brand has gone international.

“These are a bunch of really good students that are coming in here and young people that are driven to be excellent in everything that they do,” he said. “In recruiting, it's always critical to fill your needs and I think we've done that for sure with this class. It's always hard to walk away from other great players - that's the hard part - because there are some really great players that could have come to Clemson but we try to recruit to a number and fill our needs and we were able to do that with our 23 guys.

“I always say recruit people first and players second, and I think we have a bunch of great young people that just happen to be great football players and that is what I am excited about. Last year's class, we had 14 states represented, and this year we have 12 states and Canada. Tony (Elliott) and Grish (Tyler Grisham) went up to Canada and that is really cool for me, just where our brand is and that we can go out to California and get a great player go to Texas and get a great player and go to Connecticut or Canada or wherever, it's just really cool.” 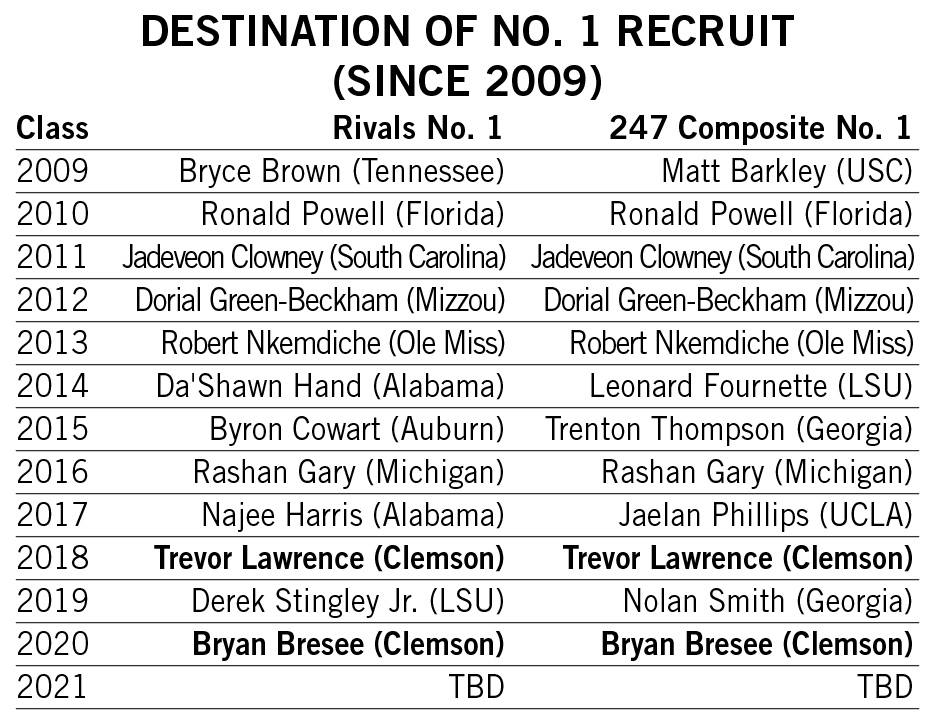 Destination of No. 1 recruit 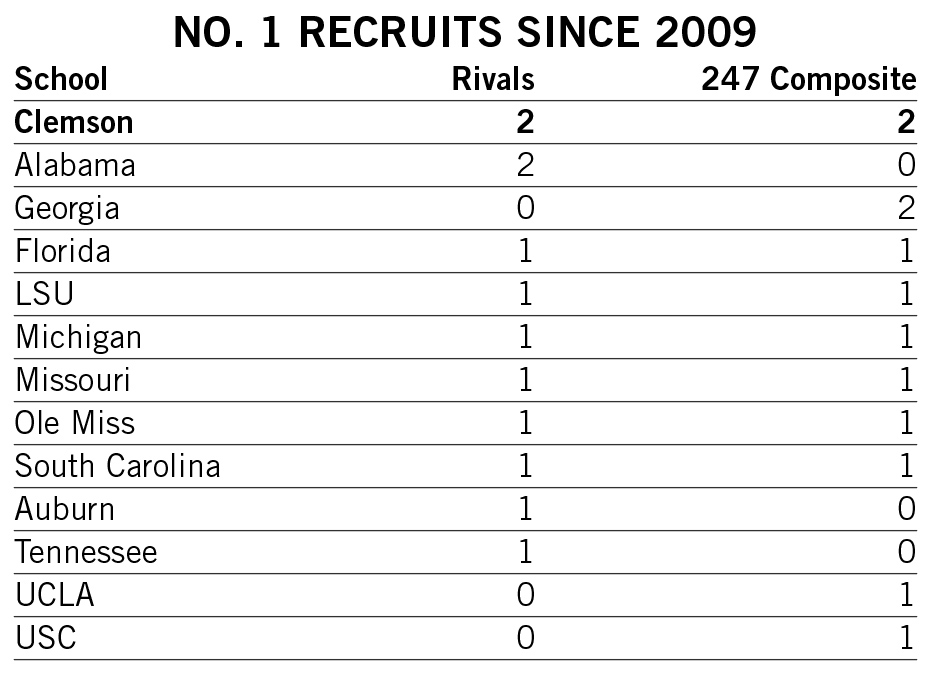