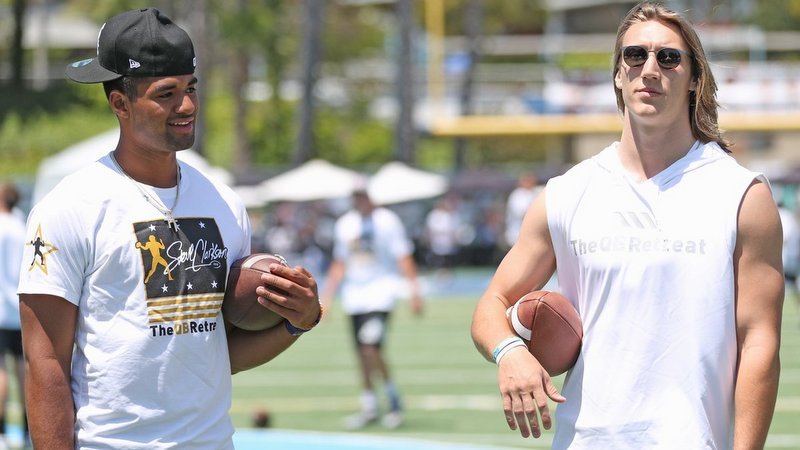 The present worked out with the future last week in Los Angeles.

The Steve Clarkson Quarterback Retreat was held last weekend and brought together several of the top signal callers from across the country. The purpose of the retreat is to let elite college and high school quarterbacks work out together in a relaxed environment.

Clemson quarterback Trevor Lawrence was on hand for the third year in a row and spent time with Clemson commit DJ Uiagalelei of Bellflower (CA) St. John Bosco.

“It's always a good time over there with a bunch of good quarterbacks. There are always a bunch of college and NFL guys. We also got some free gear, and I got some new shoes. Two pair of new shoes. It was awesome.”

Spending time with Lawrence was a plus. 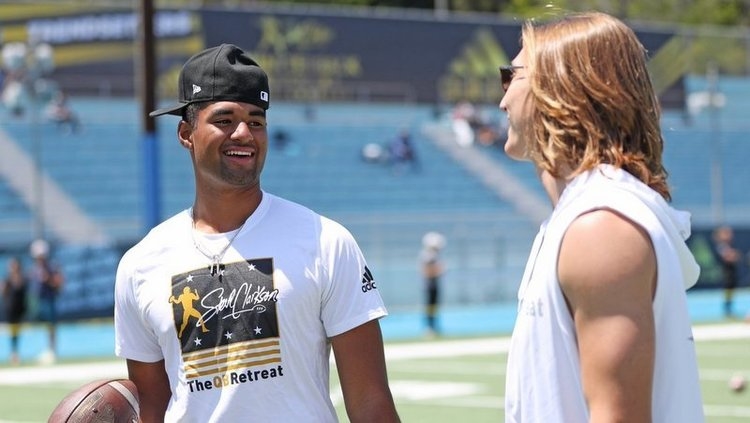 “It was cool to be around Trevor again, just to hang out and talk to him. It was good to catch up with him. I text him and stuff, so it was nice getting to talk to him and catch up,” Uiagalelei said. “It was good. Trevor didn't do too much because the college guys are really there to be coaches, but when he does throw it looks easy for him. It looks effortless. He is the real deal.”

Both quarterbacks had impressive moments – Uiagalelei finished second in the distance competition with a throw of 72 yards, while Lawrence wowed by throwing a ball on target in the endzone from his knees after he slipped and fell.

Uiagalelei took it all in while watching the college quarterbacks.

“It was fun to sit back and watch and then kind of observe them and then talk to them about how they do things, he said. “It's not really about picking their brain - it's more about having a normal conversation with them.”

As for Uiagalelei, he’s enjoying an easier life after his May 5th commitment date.

Up next? A busy summer for the Bosco quarterback.

“I am going to be out in Clemson for Coach Swinney's camp on June 11-13. I will be out there the whole time competing all three days,” he said. “And then summer football. We have our dead period right now, which lasts three weeks. And then we start up again at the end of June. And then we get another two-week dead period and then we can start summer ball and then fall ball. At the end of July and beginning of August, we get ready for the season.”

A glimpse of the present and the future of #Clemson football was on display at #TheQBRetreat as #TrevorLawrence and @DJUiagalelei came together to talk shop. #ALLIN pic.twitter.com/TAydFkfVW2