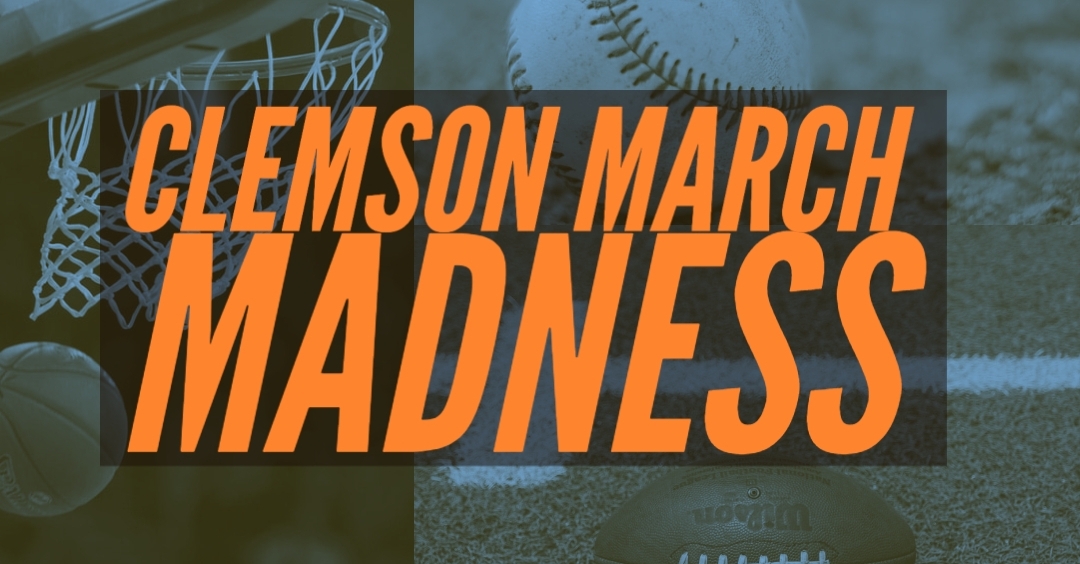 21 All-American honors and countless All-ACC honors in the first round of the bracket.

Our first bracket region, compiled with a mix of TigerNet staff and fan nominations, includes 21 All-American honors and three members of national championship teams, as well as a slew of all-conference team spots and ACC and school record-holders.

How hard it is to boil down over a hundred years of Clemson athletics into a 64-athlete bracket? Just look at the multi-nomination competitors not in the bracket: 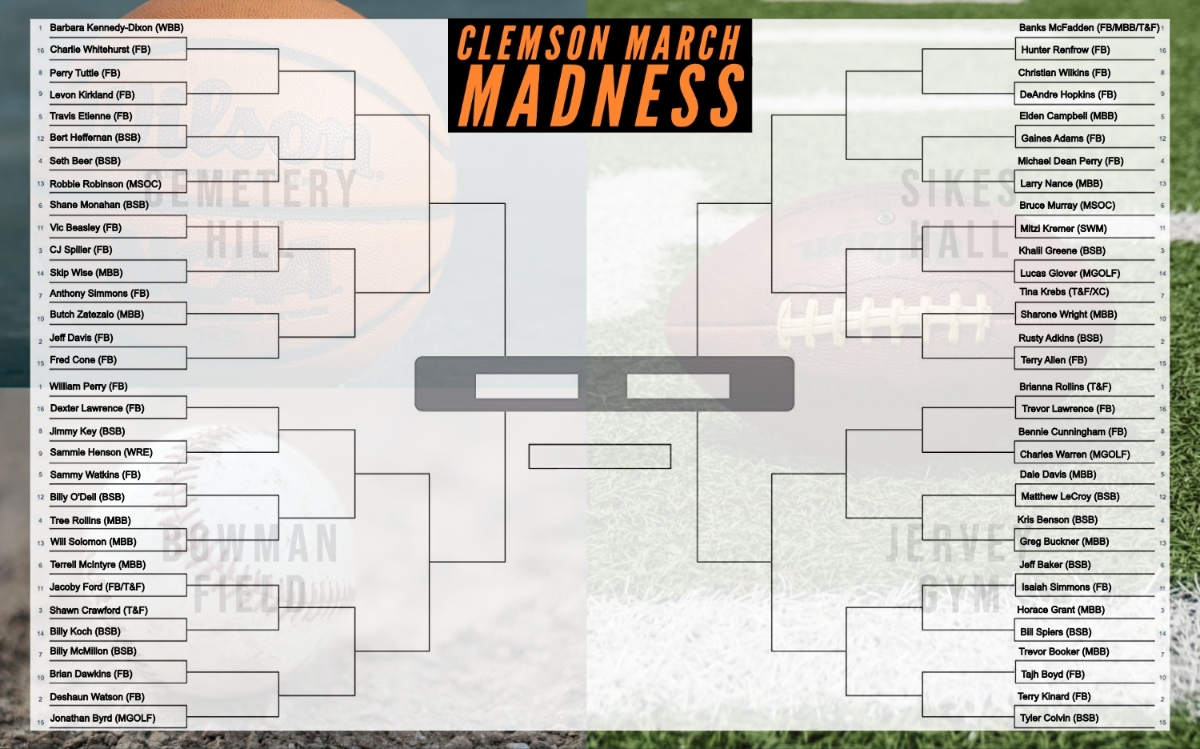 This exercise, which is measuring the top accomplishments while they were collegiate athletes, is meant to be fun and a celebration of Clemson athletes across the decades. Debate for your favorites in the bracket (or talk up the Tigers not in the field of 64) and examine the profiles for your pick of this elite group of Tigers. Without further ado, vote below (10 a.m. ET 3/24 deadline for votes)!

* Second-team All-ACC QB in 2005 where he posted the fourth-best single-season completion percentage in school history (67.4), tossing for 2,483 yards and averaging 7.3 yards per pass.

* First-team All-American in Clemson’s 1981 national champion season, accounting for over half of the Tigers’ receiving production (883 yards) in a run-geared scheme, scoring eight touchdowns and averaging 17 yards per catch. He led the Tigers in kickoff return yards also (266 yards).

* Tuttle was selected 19th overall in the 1982 NFL draft by the Buffalo Bills.

* The former Tigers catcher still has at least a share of Clemson single-game bests in hits (6) and doubles (3).

* Earned first-team All-ACC and All-ACC Tourney honors as a freshman while averaging a team-best 18.5 points per game.

* Holds the Littlejohn Coliseum record for made field goals in a game (17).

* Two-time All-American, who hit for one of five cycles in Clemson history in the 1994 season.

* Two-time first-team All-American before a top-10 NFL draft selection (No. 8 to Atlanta).

* Had at least on sack in eight consecutive games from 2013-14 and 15-straight games with a tackle for loss to close his Tigers career.

* His 46-point game at Wake Forest in 1969 is still the school's best both away from home and in ACC play. He also holds the Clemson mark for single-game points at a neutral site (43 vs. NC State in Charlotte in 1970).

* College Football Hall of Fame and Clemson Ring of Honor member, ranking third in school history in tackles (469) and holding the school single-game record for stops (24 v. UNC in 1980) and career marks in both caused (10) and recovered fumbles (8).

* Clemson Ring of Honor member who was the first Clemson player to eclipse 2,000 rushing yards in his career (2,183).