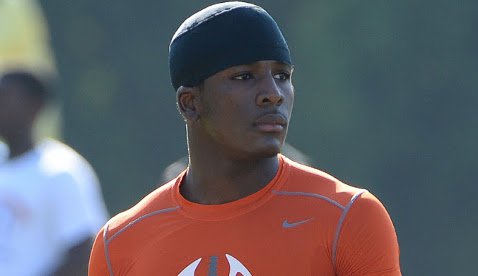 With the 2014 recruiting cycle quickly coming to a close, it’s time for the Clemson coaching staff to roll out the red carpet for the 2015 prospects.

Clemson will host the first of its Junior Days this weekend, and while this is a smaller group, it will boast many of the staff’s top 2015 targets.

Everyone knows the names and positions of the 2014 commits and prospects, but many of the 2015 prospects still remain a mystery, so instead of just releasing a list we broke it up into two parts – offense and defense – in order to give a little background on each athlete.

Here is the defense:

Rasool Clemons (6-5, 190) – The four-star defensive end from Aiken (SC) South Aiken moved to South Carolina from New Jersey just over a year ago and has only played football for two seasons. He already has offers from Clemson, Florida State, Tennessee and Virginia. Clemons has made two previous visits to Clemson, including a trip for the game against the Seminoles. During his first season of organized football, he totaled 52 total tackles, two sacks, seven tackles for loss, four forced fumbles and an interception returned for a touchdown.

View Full Profile (6-4, 215) – The Bamberg (SC) Bamberg-Ehrhardt defensive end claimed an offer from the Tigers earlier this month when several Clemson coaches stopped by his school. The three –star prospect tallied 112 tackles, 38 tackles for loss and seven sacks as a junior.

View Full Profile (5-10, 186) – The four-star Charlotte (NC) Hough cornerback is garnering attention from several schools and has offers from Clemson, Ohio St., South Carolina, and Tennessee, among others. It is believed that Clemson and South Carolina are the leaders for Fields’ services.

Stephen Griffin
Safety
6-3, 180
Charlotte, NC
View Full Profile (6-3, 180) – The Charlotte (NC) South Mecklenburg athlete has offers from most of the ACC schools, including Clemson. Griffin is the son of former Clemson running back Steve Griffin who played for the Tigers from 1982-1986. As a junior, he tallied 80 tackles, three interceptions, two forced fumbles and 11 pass breakups. Griffin also played some at quarterback during his junior season.

Marcus Lewis
Defensive Back
6-2, 180
Washington, DC
View Full Profile (6-1, 180) – The former Virginia Tech commit and Washington (DC) Gonzaga four-star cornerback will make his second trip to Clemson this weekend. Clemson is widely considered to be one of Lewis’ favorites.