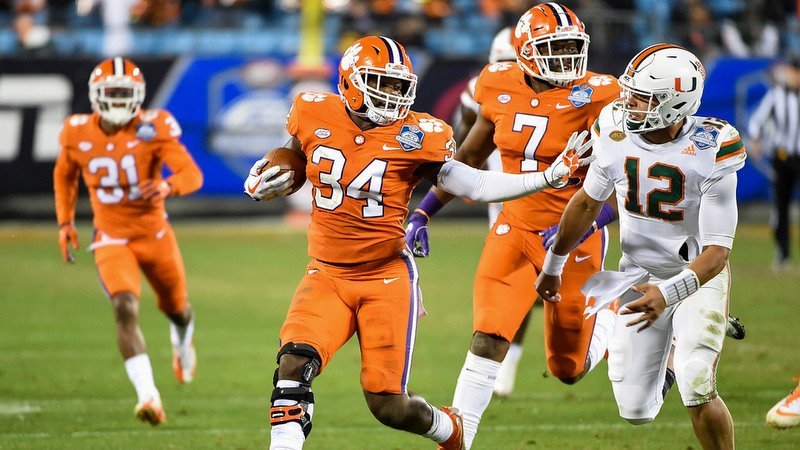 CLEMSON – ESPN’s 30 for 30 franchise is one of the most successful series in sports programming, and Clemson linebacker Kendall Joseph thinks the Tiger program will one day have its own episode.

Joseph says the Tigers aren’t afraid to play the Tide – it’s a game they wanted.

“It's awesome to be in that situation and have a three-peat with them and to be able to play them three years in a row,” Joseph said Wednesday. “I think we definitely wanted them in the national championship just to make the story sound great, but overall just getting a chance to play a great team like that again is an honor and we're excited about the challenge.”

In other words, Joseph and the Tigers knew a matchup with Alabama was inevitable.

“They're looked at as the top dog and they earned that spot. Even with all of our success, they still have that ranking to them. Just to be able to play them again and be able to knock them off again would be great. Regardless, at the end of the day, we just want to win and win the national championship, but to be able to knock off Alabama again would be fun and awesome. We don't shy away from it. We look forward to it.”

Joseph says the fact that the teams have played each of the last two seasons shouldn’t have an impact.

“I don't think it makes a big difference. We play a lot of teams every year,” he said. “Things are different. Tendencies are different and play calling is different each year. It's about players going to execute. No matter who we play or how many times we play them, the players have to execute.”

The Crimson Tide opened as an early favorite and Joseph wasn’t surprised.

“Nope. We're used it. It doesn't make a difference until the game, but it's not shocking at all, to be honest. It's just stigma, I guess. People believe they can beat us and rightfully so, they're a great team. That's who they're rocking with. In some people's eyes we will (be one of the nation's elite teams) and in some people's eyes we never will just because we're frumpy old Clemson. I guess they'll never give us that respect that they want to give to the Oklahoma's or the Ohio State's or the Alabama's - the historic programs - but we're definitely working at it. I think it would be just another huge win on our resume.”

To Joseph, Clemson’s meteoric rise deserves its own show.

“I would say it sounds like a movie script or a 30 for 30. We talk about in the locker room that we're living a 30 for 30 right now and 20 years from now we'll see the big impact of it,” Joseph said. “Right now, we're just living it and flying through it but 20 years from now, we'll truly see that it's not easy to win and be able to have this story.”