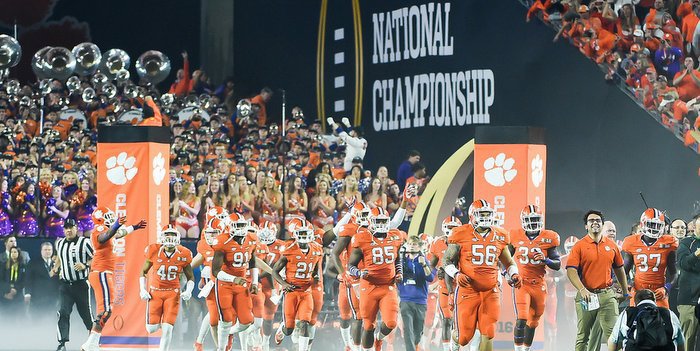 This trophy is the ultimate goal this season

I’ve been feeling under the weather over the past two or three weeks, and that’s meant a lot of time spent in front of the television catching up on the DVR and re-watching some old favorites.

Earlier this week, I watched John Wayne’s “Big Jake.” That movie is a favorite of mine, and there was a line in the movie that resonated with me. Wayne points to a strong box that is supposedly full of money, and he says, “That’s the stuff dreams are made of.”

That afternoon, I watched Coastal Carolina clinch that school’s first national championship at the College World Series in Omaha, and as the players and coaches and support staff responded with unabashed emotion, I thought to myself, “No, that’s the stuff dreams are made of. Especially if you’re a sports fan.”

Coastal’s win reminded me that while bowl wins and conference championships are great, the ultimate goal is to end your season as the last team standing. As the national champion. I took to Twitter and remarked that I hoped that once – at least once – I get to cover a celebration like that. I’ve covered a team that won a Super Regional in baseball and advanced to Omaha, I’ve covered ACC Championship teams in football and baseball and I’ve covered a football program that’s won a lot of big games over the past five seasons.

Then the people on Twitter reminded me – this could be the season. For Clemson this season, that’s the goal. Tampa or bust. National Championship. 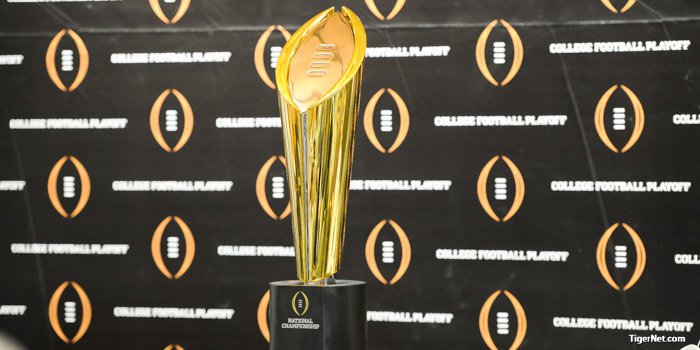 This trophy is the ultimate goal this season"

In January, following the loss to Alabama in the title game, I wrote a piece about how Clemson would rise from the defeat and make a run this season.

As I sat down and looked out onto the University of Phoenix Stadium, the detritus of Alabama’s victory celebration, I thought to myself that Monday’s loss isn’t the end. It’s just the beginning of a special time at Clemson. These Tigers have learned painful lessons along the way to being great, and Monday’s lesson will only serve as a bitter and painful reminder of what could have been.

It’s also a harbinger of what could be.

It was fitting that the game was played so close to Phoenix, a town named by an enigmatic English Lord who had visions of grandeur about even the mundane things in life. He named the burgeoning settlement after the mythical Phoenix bird in Egypt that lived 500 years, then rose from its own funeral pyre to flourish again.

Clemson’s 2015 season ended with sadness and despair Monday night, and the confetti and glitter that littered the field are the ashes of that season. But like the mythical Phoenix, this program will rise from the ashes and flourish again. Those same ancient Egyptians had a saying….death is only the beginning. Out of death comes life, and Clemson will rise from those ashes, and a berth in another title game will happen sooner rather than later if they take to heart the lessons learned Monday.

Of course, I had to wonder about the mindset of the team after a heartbreaking loss like the one to Alabama. Something like that is hard to come back from. Mentally, it takes a lot to get back out there at five a.m. for mat drills, to run the stadium steps when no one is looking and lift weights far from the eyes of an adoring crowd.

I also wondered about the question marks that surround the team heading into 2016. Sure, we know the offense is going to be good, but who rushes the passer? Who plays in the secondary? Who steps in at MIKE linebacker? Can Deshaun stay healthy? Will we find answers at right tackle and left guard?

Those are all legitimate concerns, but the more time I spent around the players in the spring – and some coaches – the more I began to believe this team can make a title run. I was told – time and time and time again – by players that “we are going to be better than last year. We were good last year, and it was great to make it to Phoenix, but we have a chance to be great this year.”

Since then, I’ve run into people within the program and that mantra hasn’t changed. There is a quiet confidence that this team is going to be good. Really good. A championship is well within the realm of possibility.

As we were reminded this week, it’s the stuff dreams are made of.