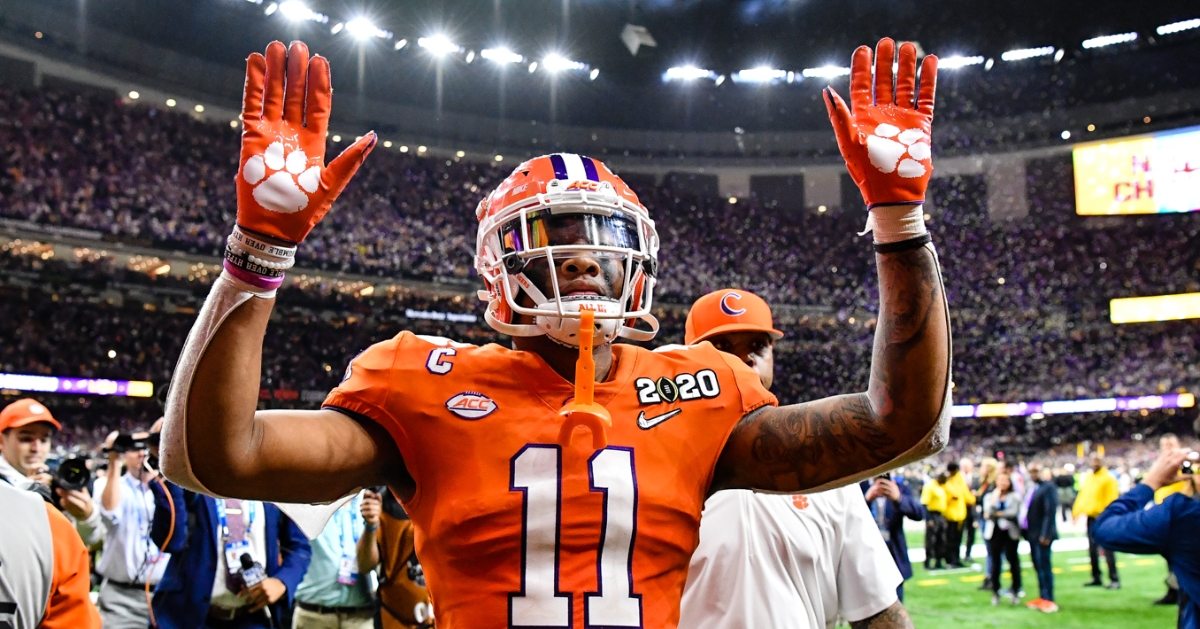 The Arizona Cardinals have their defensive eraser.

The Cardinals picked Clemson linebacker Isaiah Simmons with the No. 8 overall pick in the first round of Thursday’s NFL Draft.

General Manager Steve Keim didn’t want to pass on a player that can play all over the field.

The Cardinals have had issues covering tight ends over the last few seasons. In 2019 the Cardinals allowed tight ends 96 receptions for 1,148 yards and 16 touchdowns.

"If you know who George Kittle and Travis Kelce are, then that explains it all," Simmons said. "Stopping tight ends and linebackers playing man on running backs is … like the game's no longer a 250-pound linebacker. It's more guys that are able to run side to side and are able to cover. It's just a necessity now."

“Steve Keim and I had been watching him for a few weeks and it was his hope that number of defensive players would be taken and we would have a shot at Isaiah, and we couldn't be happier,” Bidwill said. “He is a Swiss Army Knife. He is an eraser. He is sideline to sideline. He can cover receivers in the slot. He can cover tight ends. We had a lot of problems with tight ends throughout the years. He is just a huge boost to our defense.

“We knew that some good players were going to get pushed our way, and Steve and I were having a couple of conversations back forth on the phone and he was pretty confident we were going to get Isaiah at that point. It was exciting to have a chance to improve our defense and get a player that is incredibly special. He has high character.”

“The limited amount of time I got to spend with him he was very impressive. I am very excited he is a Cardinal,” Bidwill said. “This is a best-case scenario for us and it certainly worked out.”

In his junior campaign with Clemson, his statistics showcased that versatility as he tallied 104 tackles, 16.5 for a loss, eight sacks, three interceptions and eight passes defended.