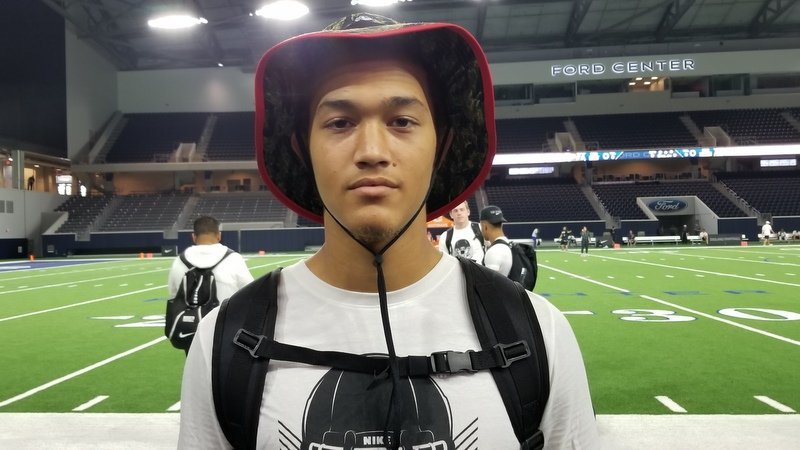 Huffman-Dixon at The Opening in Frisco, TX, last week

An official offer could be the turning point for a Colorado commit to joining the Clemson family.

Braeden Huffman-Dixon, a recent Colorado commit, can’t keep his mind off of Clemson. The 6-3, 180-pound 4-star wide receiver from Santa Ana (CA) Mater Dei has yet to receive an offer from the Tigers but feels that one is in the works.

“I believe I might get an offer later on, like later in the season," Huffman-Dixon said. "Coach (Jeff) Scott told me he wants to keep in contact with me throughout the season, so hopefully we will see what he says."

He also enjoyed his time at The Opening.

"It’s been a blessing and a dream to be here at the Opening Finals," said Huffman-Dixon. "My main goal all week was to learn and compete and prove that I am one of the top receivers."

He committed to Colorado in early May but was one of the standouts at Dabo Swinney’s high school camp in early June. He was invited to The Opening in Frisco (TX) last week, where he told TigerNet about the strong connection he felt with Clemson, his life-long dream of attending the university, and the lasting impression coach Jeff Scott has left on the young wide receiver.

“It’s my dream school, I’ve always wanted to go to this school. It’s just their history with wide receivers and coach Jeff Scott. I’m going to be signing in December," said Huffman-Dixon. "I plan to graduate early, but that hasn’t officially been decided yet."

Clemson’s win in the 2016 national championship over the Crimson Tide has also left a lasting impression on Dixon, who says he has also been an Alabama fan for years.

“Even though I am an Alabama fan I did want Clemson to win. They came out and won it, they said it’s our night, and I like that,” Huffman-Dixon said.

One of Jeff Scott's success stories - wide receiver, Mike Williams, who has since left Clemson to play for the Los Angeles Chargers - has given Huffman-Dixon a glimpse of the possibilities that come with training under coach Scott.

“Mike Williams, his story and his reason for like his last year, him coming back here. That last drive in the championship game, that was really big,” Dixon told TigerNet.