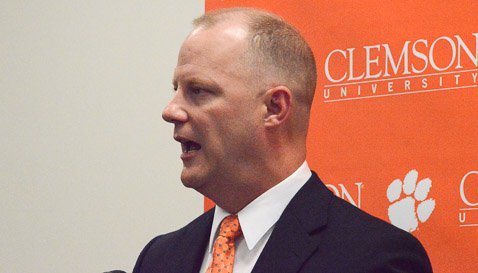 CLEMSON – The good news that Clemson fans have been waiting for was announced Friday afternoon by the Clemson University Police Department at the Hendrix Student Center – an arrest has been made in conjunction with the vandalism of Howard’s Rock.

The shocking part of the announcement was that the 18-year old who appeared in court early Friday morning following his arrest appears to be a Clemson fan.

Rogers, 18, was charged with one felony: malicious injury to animals or personal property valued at more than $2,000, but less than $10,000; and one misdemeanor: trespassing, unlawful entry into enclosed places.

“I do want to announce that there was a joint investigation conducted by the Clemson University Police Department, SLED, and the Solicitor’s Office,” Hendricks stated. “We want to express our gratitude to SLED and the Solicitor’s Office for their assistance in this investigation. As you will learn later it is ongoing. It is a very active investigation. Investigators followed up on leads after the June 20th release of the truck. I’m happy to announce that we have located that truck.

“It is a 1993 Ford F-250 and we have arrested the owner of that truck, Micah Rogers. The charges are malicious injury to real property less than $2,000 which is a felony in this state. The punishment is a fine or imprisonment of up to five years. He is also charged with unlawful entry into an enclosed place which is a misdemeanor that carries a punishment of a fine of $200 or imprisonment of 30 days.”

Howard's Rock was vandalized in the early morning hours of the night of June 2nd and the morning of June 3rd. The protective casing was destroyed and a portion of the rock was chipped away. The vandalism wasn’t announced publicly until June 12th, and a video with footage of the vehicle believed to be used in the crime was released on June 20th.

Hendricks told TigerNet that the information that led to Friday’s arrest was learned in the last week, but wouldn’t say whether the information came from a tip or from the police investigation, but declined to go into further details.

“Rogers was arrested this morning, arraigned, and released pending a $5,470 personal recognizance bond,” Hendricks said. “This is an active investigation and I am very limited on what I can say because there may be other arrests made. According to the arrest warrant we have a witness that identified him as being there. Along with other parts of the ongoing investigation, we know we have the man that is responsible for damaging Howard’s Rock on the night of June 2nd.”

He then said that fans need to remember to let the investigation and the judicial process run its course.

“I want to pass on to the community that with their help and through Crime Stoppers, we want to thank them. With the passion and tradition of Howard’s Rock and the high emotion, I want to remind everyone to let the criminal justice system handle this,” he said. “We need to let the system do its work and I do ask that the community will allow the system to handle this.”

Hendricks wouldn’t confirm if there were one or two other subjects that were still being looked at.

“[Other suspects] are part of this ongoing investigation and we are looking into that,” he stated.

Hendricks then said that Rogers didn’t have official ties to Clemson, stating, “There is no affiliation with Clemson University that we know of at this time. He does have a Clemson Tiger Paw sticker on the back glass of the truck that he owned. He also had Clemson memorabilia that he owned in his home. I’ll let you draw your own conclusions from that.

Hendricks also stated that the missing portion of the rock has not been located.

“We have not located the portion of the Rock that was taken. That is part of the ongoing investigation and we do wish to get that back,” he said.

“As Captain Hendricks stated, the investigation is ongoing and we leave it in their good hands,” Radakovich said. “I think Captain Hendricks has said everything that needs to be said, but I want to say on behalf of our athletic program and the football program a big thanks for all of the great work that has been done.”

Radakovich said there were increased security measures with the rock, and that no determination had been made what would happen with the piece that was removed if it was recovered. 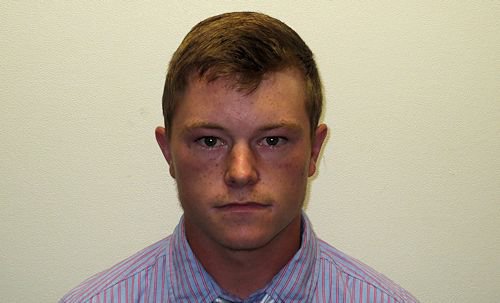 Gilbert delivers clutch start as Tigers even up series at No. 9 Virginia