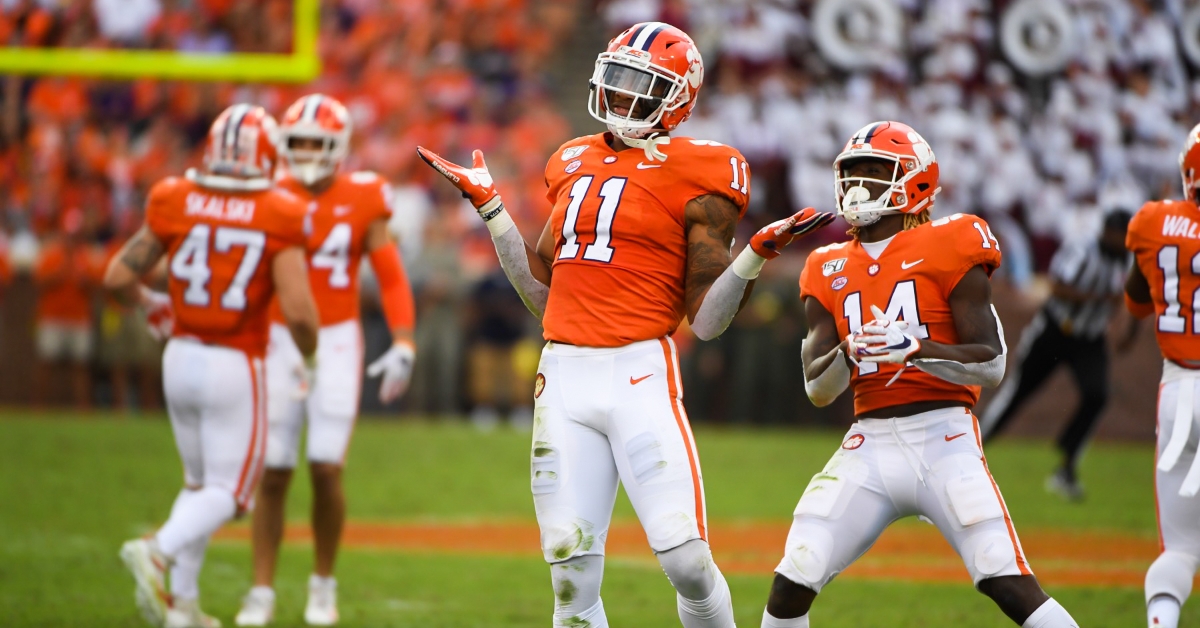 Simmons can play all over the field and do multiple jobs.

After leading the country in tackles for loss per game, as well as sacks with 16.5 total, Young was named the 2019 Chuck Bednarik award winner. He beat out defensive tackle Derrick Brown of Auburn and Simmons.

Simmons won the Butkus Award as the nation’s top linebacker and was also named the ACC Defensive Player of the Year. Simmons led the Tigers with 93 tackles, 14 tackles for loss and seven sacks, and Buckeye offensive coordinator Kevin Wilson says the Tigers use Simmons all over the field, which makes him hard to prepare for.

“Watching him, he's a guy that can come off the edge like a defensive end. And he's seen back there running in the middle of the field, covering -- ten, five-ish, whatever he is,” Wilson said. “He's got range, he's got length. Creating space. Brent (Venables) does a nice job bringing on these pressures. Use him in certain situations almost as a hybrid rusher. He's a guy that sometimes will spy around and have on the quarterback. He does a lot of jobs.

Wilson said Simmons is unusual because of how many “jobs” he can do with his freakish skill set.

“All of the multiple jobs. Because for example, I coach tight end. That means you play left tackle and wide receiver. So sometimes we have to pass block in practice, Chase Young,” Wilson said. “Then you have to go down and you're playing one-on-one against [Jeff] Okudah. That's a hard, hard job. It takes a skill set. This guy has a skill set. He's playing in space and perimeter. He's playing man-to-man. He's pressuring. He's playing in the box, running through the "A" gap and blitzes like an internal linebacker. So, one, he has the skill set to do it. And the next thing, he has the courage and the mindset to do it, because a lot of guys wouldn't want to do that.

“Brent has done a great job of finding some things that are unique and great to make him a special player. I think he's done a great job of selling him on what he could become. He was a freshman and Lawrence Taylor was a senior, and no one played defense like that. And no one knew how to coach it. Nobody had a guy who could come up the edge and do that. So I think Brent thought, ‘Here's an unusual skill set. Let's be sound in what we're doing. Have it structured and say, ‘Let's play to an unusual skill set and move this cat all over the field.’ It's pretty neat.”

Wilson then said Simmons is an old-school type of player.

“The best thing about it is no one talks about. Those inside linebackers are tough as heck. Calling the plays, too, now,” Wilson said. “They don't have the flash. Those guys are some old-school ballplayers. They get no notoriety. I know Venables, he loves the inside guys. Isaiah gets all of the credit for being the dude, the guy. Those guys inside are tremendous players that complement the whole thing. It is pretty neat.”