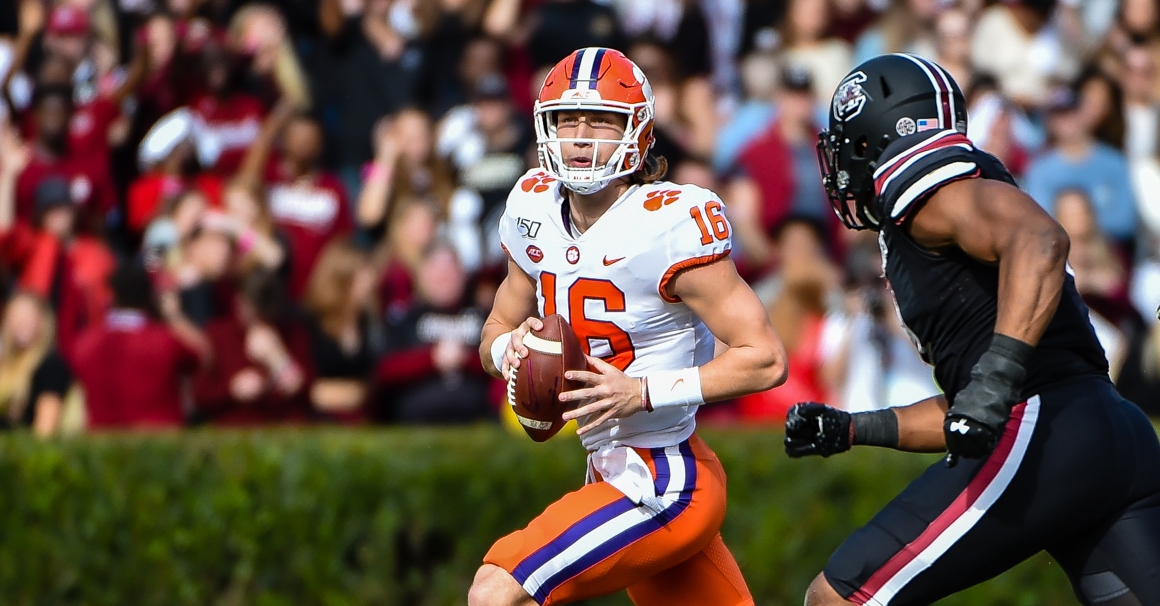 The Buckeyes know they have to contain Trevor Lawrence.

SCOTTSDALE, AZ – The Ohio State defense will have its hands full with the Clemson offense when the Tigers and Buckeyes meet Saturday in the College Football Playoff Semifinal, but their defenders have all the confidence in the world.

The battle is between the Ohio State defense (ranked number two overall) and the Clemson offense (ranked number three overall). Buckeye cornerback Jeff Okudah was reminded Tuesday that the Tigers have won 50 games in a row in which they’ve scored first, but Okudah said records are meant to be broken.

“Everybody wants to be the team that sets the tone. But it's a heavyweight fight. If they punch us, we'll brush it off, get back up. We'll throw our punch. We'll just see who recovers better from that first punch.”

Outside linebacker Tuf Borland says the Buckeyes will have to try and contain Clemson quarterback Trevor Lawrence.

“Unbelievable player. You can't say enough good things about him,” Borland said. “You guys see him sitting back there and making throws all over the field. He's also able to extend the play, when he gets out of the pocket and finds some open guys. So he's an unbelievable player.”

The Buckeyes also have to contend with Clemson running back Travis Etienne, and defensive coordinator Greg Mattison said that while containing Lawrence is important, the running game has to be stopped.

“There's no question that it is. There's no question it is. But we're going to have to change it up,” Mattison said. “We're going to have to be on our ‘A’ game. When you get in a game like this, that's what you do. We didn't get here by not being able to do that. Our guys know that. Now you're just having to take another step up the ladder. It is a challenge. Our secondary knows that. They're the best receivers we've played against as a core. But the other thing I keep going back to, you better stop the run because if you let them run the football and then have those three receivers with that quarterback, you're asking for trouble.”

Mattison said Lawrence can beat you through the air or with his legs.

“Well, obviously you have to know that he can do a number of things,” he said. “He can throw tremendously, but he also can run. He also has a really good running back. He has a lot of things. So we have to do a great job of having some variation.”