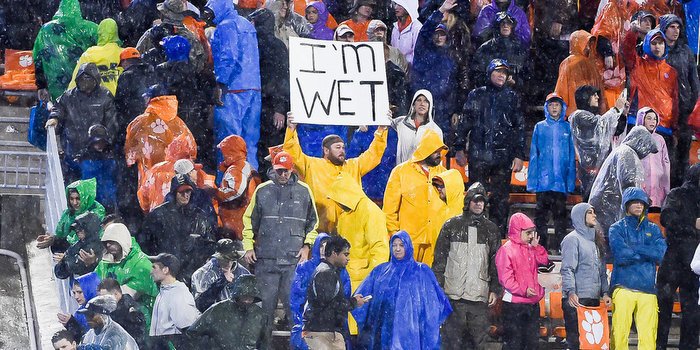 Clemson is used to playing in big games

Clemson could lose its game Saturday against Louisville, for sure, but it likely won’t be because the Tigers are overwhelmed by the situation.

When the Tigers and Cardinals face off Saturday, they will both be ranked in the top five in The Associated Press and coaches polls. Those kinds of showdowns have become the norm at Clemson the past few seasons.

That’s just another example of the kind of program head coach Dabo Swinney has built with the Tigers.

Replacing Tommy Bowden, Swinney took over a program that was inconsistent and couldn’t quite get over the hump to win the big-time games. There were good wins, but those often were followed by head-scratching losses.

Those kinds of losses have been rare since Swinney has gotten things rolling with a consistent effort instead of peaking for certain games on the schedule. The next step was to get into – and win – showdown games, and the Tigers have done just that in recent seasons.

It had been a long time since Clemson had been in many of those games when Swinney took over, and it had been even longer since the program had won those games on a regular basis. That kind of success breeds more success, and it leads to one of the best programs in the country. 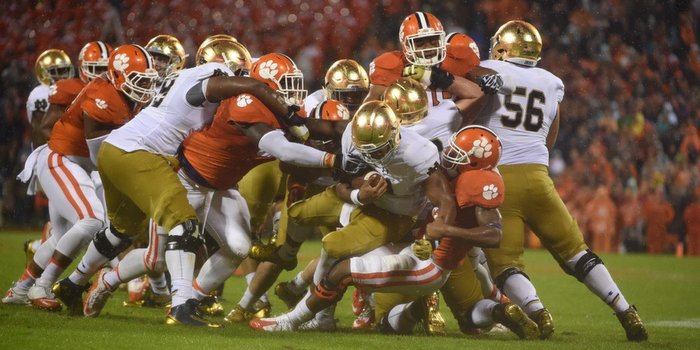 Clemson is used to playing in big games"

Swinney is 15-17 against top 25 teams, including a 9-5 record against top-10 teams. He became the second Clemson head coach (joining Danny Ford) to beat three top-10 teams in one season when the Tigers knocked off Notre Dame, North Carolina and Oklahoma in 2015. Of course, they made it all the way to the national championship game before losing to another top-10 team in Alabama.

Still, 3-1 against top-10 teams in one season? That’s pretty strong.

This Clemson roster has plenty of experience in playing in these games – and winning its share – and it has been rare that Swinney’s teams haven’t been up to the task, win or lose, in big games.

Saturday’s contest should be a tough test for Clemson, and it should be an electric atmosphere at Memorial Stadium.

Louisville is a terrific team. Bobby Petrino is one of the best offensive minds in college football. Lamar Jackson is a ridiculous talent at quarterback. And the Cardinals have plenty of weapons around Jackson and strong players on their defense, as well.

What Louisville likely won’t have is a mental edge in one of the biggest games of the college football season.