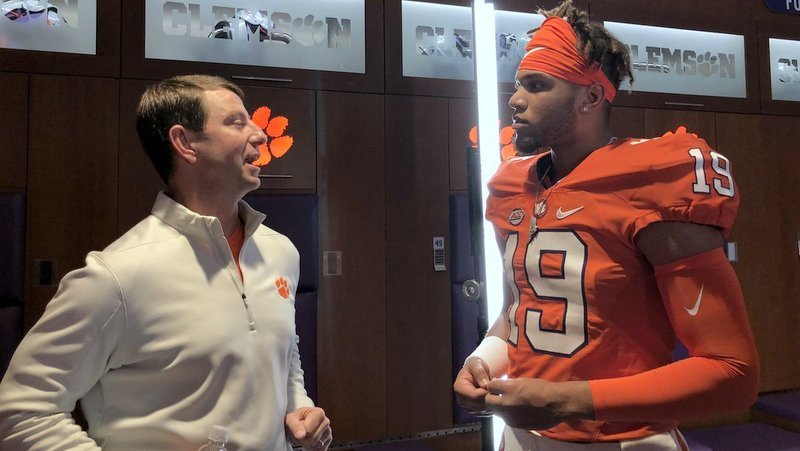 One visitor flying somewhat under that radar was 2020 tight end prospect Diego LaMonica (6-5 227) of Miami (FL) Gulliver Prep, who made the trip to Clemson’s campus with his father. LaMonica holds some high-major offers and is just now cultivating the relationship with Clemson, and that got a kick-start with his first visit there last weekend.

"It was insane, the campus, going out onto the field and looking up, I've never been in a stadium like that. It was surreal to see that," LaMonica said.

"They say they like how aggressive I am and how I attack the ball like at the highest point," he said. "They said I would be a tight end and they would be able to put me in the backfield, out wide and put me in at tight end and do a lot of things with me."

LaMonica said he hopes to get back to Clemson for the spring game and he's also planning to attend some camps there this summer. He said the Tigers want to see him in practice this spring before making an offer decision.

LaMonica is loving the football attention he's getting now, something he said was quite unexpected a couple of years ago.

"It's incredible, it's crazy," LaMonica said. "I wasn't even going to play football in high school and now that I have this, it's insane. I thought I was going to be this big-time basketball player because that was my first love but it wasn't going to be working out because I was a 6-5 center. So I was like, I might as well try this and see how it works."

It's working out well, to the point he holds offers from West Virginia, Syracuse, Vanderbilt, UCF, Wake Forest, Oregon, Virginia and others. He does not have a favorite and will not be signing or enrolling early.