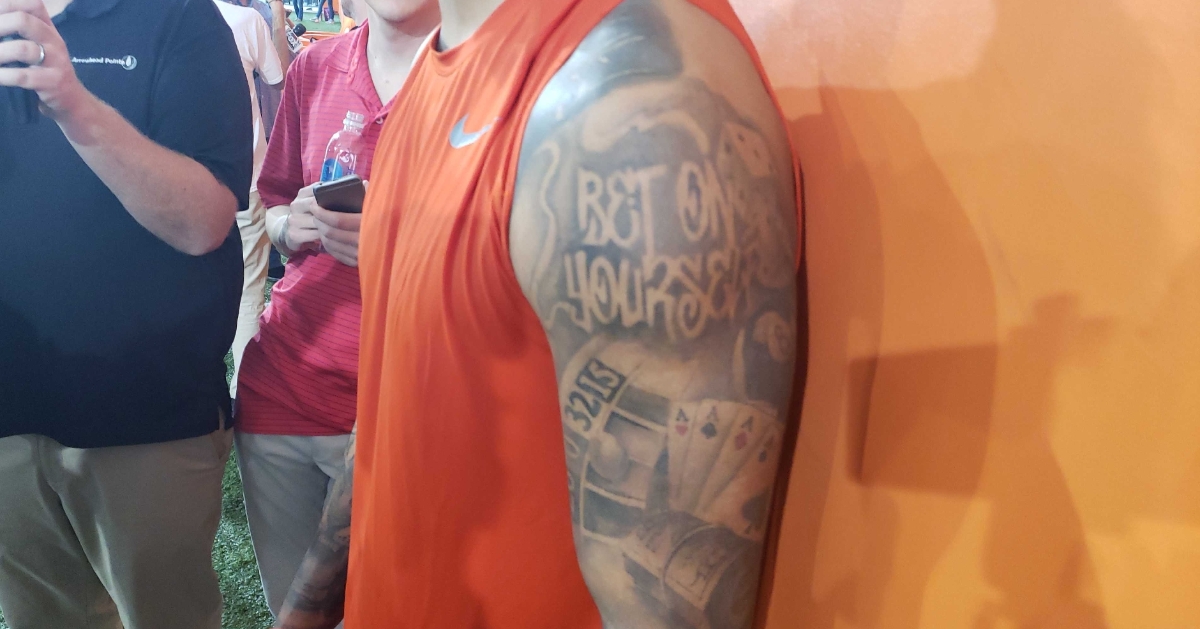 CLEMSON – Braden Galloway has had to do a lot of growing up over the last two years, and one of the most valuable lessons he’s learned is that when you’re down to your final bet, you bet on yourself.

Galloway was suspended for the College Football Playoff in 2018 and the first 13 games of last season after testing positive for ostarine, a banned substance. Galloway told the media in December that he still knows he’s innocent and doesn’t have an idea how the trace amount ended up in his system.

What he does know is that it cost him his sophomore season, and now he’s working hard to make everybody pay.

“I am very confident in my speed and my abilities and I trust in the coaches and their playmaking decisions to put everybody in the right positions to make plays,” Galloway said after Monday’s practice. “I want to be more physical at the point of attack, that is maybe the biggest thing. Working on hand placement. Footwork is really big. I am moving around a lot of different positions. I am in the backfield and I am being split out and I am working on my motions and being faster with that. There is something to work on every day. You only get 15 practices in the spring, so you have to use time outside of football to get better at things.”

He wasn’t sure how he would respond once he was allowed to play.

“I had been gone for a bit, and being in game shape is different than being in practice shape running half-gassers after practice,” Galloway said. “That is two completely different things. Especially in the playoff. I feel like I gained that confidence back in the Ohio State game and leading into the LSU game.”

With his confidence returned, Galloway had a tattoo done on his left arm that shows a pair of dice, a hand of cards and a bankroll. At the top of the tattoo are the words "Bet On Yourself."

“A lot of my tattoos, they don't have meaning. But this one, going through last year, there was a lot of doubt whether whenever I came back what kind of player I was going to be,” Galloway said. “I am just focusing on just being the best player I can be and not worrying about all the outside noise. But put all the cards in on yourself and don't listen to the outside stuff and keep working and everything will take care of itself.”

Galloway has also been playing in the 5-man receiver spot usually manned by Amari Rodgers, and he said he feels like he is a matchup nightmare as a receiver.