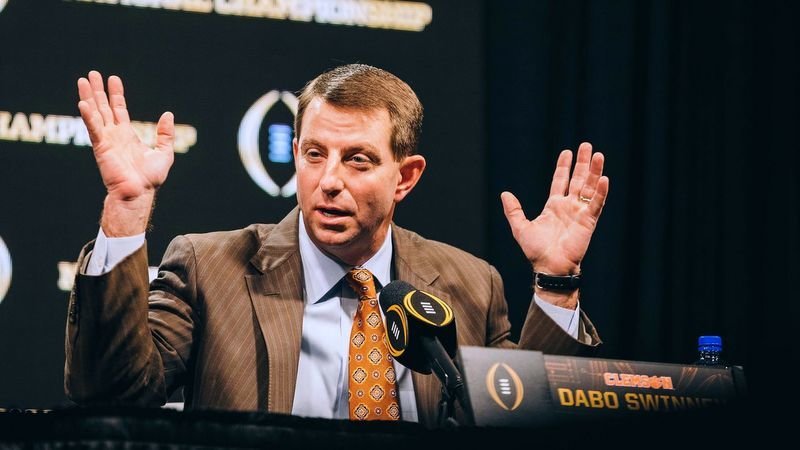 GREENVILLE – Clemson head coach Dabo Swinney has some final advice for his former players heading into next week’s NFL Draft. Enjoy it and have peace in it.

The 2019 NFL Draft starts a week from today, starting up Thursday, April 25 and running through Saturday, April 27. The draft will be held in downtown Nashville.

One of the latest mock drafts (CBS Sports) has three Clemson players going in the first round – Clelin Ferrell was projected to the Carolina Panthers at pick No. 16 overall, Christian Wilkins was slotted at the following pick to the Seattle Seahawks, and Dexter Lawrence joined Wilkins in Seattle at pick No. 21.

Swinney will be in Nashville for the first round festivities.

“I am going. I have to do one thing for the NFL Network, but I am going over that Wednesday `evening. That Wednesday afternoon we are going to get the McArthur Trophy at the College Football Hall of Fame in Atlanta,” Swinney told TigerNet this week. “So, we are going to do that, and then we are headed on over to Nashville. I will be there for the whole day Thursday and Thursday night, and then I will come back on Friday. I am looking forward to it.”

Swinney said he couldn’t wait to spend time with Wilkins in Nashville. 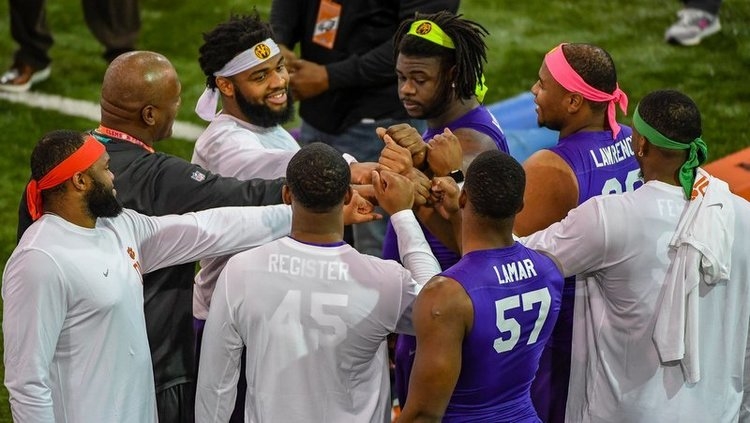 “Christian is excited about it. He was there this weekend (at Hunter Renfrow’s wedding), and I got to spend time with him. I got to play golf with him, and that was an experience. He took over the reception. He had a little solo on stage. But that is an exciting time for all of them. I am not sure if Dexter Lawrence is going to to be there - I don't know if he got an invite. But Cle (Clelin) is going to be there with his family. The rest of those guys will be at home somewhere or with their family.”

What advice would he give to his players?

“My advice to them would be to trust in the Lord. Don't fret about it,” Swinney said. “They are all going to get an opportunity to go play somewhere. This is a very unique time in their lives because they've always been in control of where they are going to be. They got to pick where they went to college and where they wanted to live and so forth. This is one of the few times in their life where they are really in total limbo because they have no say in the matter.

“But the good news is that we have probably 14-16 guys that will either be drafted or get the opportunity to sign as a free agent and get into a camp and realize their dream of being a professional football player and go compete to make a team. A bunch of guys are going to get that opportunity, and a dream will come true for them. And the same things that made them successful here are going to make them successful at the next level. I would tell them to enjoy it and have peace in it and just get excited about embracing the next part of their journey.”