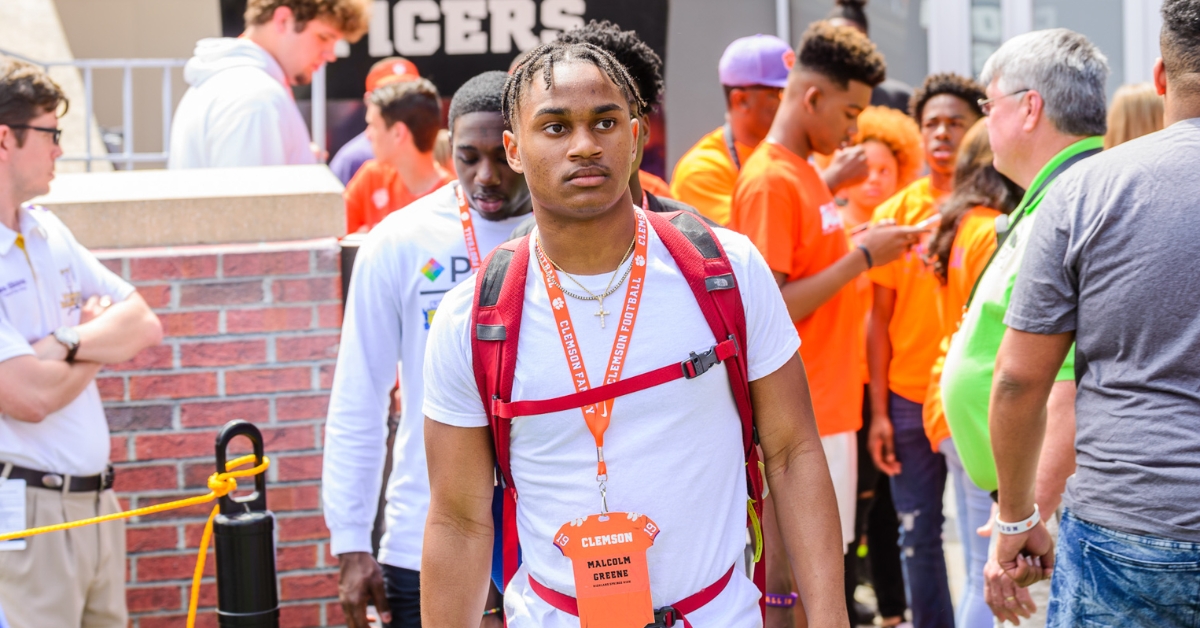 CLEMSON – People across the country mocked head coach Dabo Swinney when he said his Tigers won the 2016 National Championship because his team and coaches loved each other. Rivals call it fake. Jealous people say it can’t be real. Those doubters need to watch cornerbacks coach Mike Reed when he talked about the recruitment of Malcolm Greene.

Greene is a 4-star corner out of Richmond (VA) Highland Springs who flipped from LSU to Clemson on National Signing Day Greene is ranked as the No. 214 overall player in the nation by Rivals.com, the No. 17 defensive back and the No. 3 player in Virginia.

Greene was on Clemson’s campus back in the spring and desperately wanted to commit to Clemson, but the Tigers didn’t have an open spot. Greene began to look elsewhere – eventually settling on LSU – but Reed kept in contact with a young man he didn’t want to let go.

A spot opened up late in the fall and Swinney told Reed there was room for another corner. Reed knew who he wanted without hesitation.

“I said ‘Mike, ‘I got a spot. ‘And I said, ‘We need to take a corner.' I said, ‘So, who you got?' And he went, ‘Malcolm Greene. That's who I'm calling right now.' We got Malcolm on the phone, and of course there was a little hesitation. His mom was not really sure, but I explained to her just kind of how we go about our business here, and he couldn't wait to tell me yes, that he wanted to come to Clemson. This has been his dream.”

Greene took a final visit to Clemson last weekend and made sure the coaches knew where he wanted to land. When Reed walked to the podium on National Signing Day to talk about the recruits, he grew emotional and the tears began to flow.

“When you say ‘Clemson man', I think of this young man right here,” Reed said. “I get a little choked up because I love the kid, and that is why I was able to go back in and recruit him. You talk about a young man who wanted to be here, who was patient… In a society that doesn't teach patience anymore, for me to sit there and keep telling this young man, ‘Believe in the process, believe in the process.' He did.”

As the tears rolled down his face, Reed recalled what it took to land Greene.

“My wife tells me I get too emotional when I recruit, so you've got to be patient with me on that,” Reed continued. “But this kid, like I said, is a guy that you can go to war with. He's going to buy in academically, athletically. He'll be one of our young men that'll be a standout in the community. Just a great young man, and the fact that I get the opportunity to coach him, it's going to be special. I believe in him. We believe in him. He's going to be great here.”

Swinney credited Reed for his tenacity in landing one of the Tigers’ top prospects.

“He could have gone anywhere in the country,” Swinney said. “This is a great player and we don't have a spot for him, and that's a good problem to have. But Mike did a great job because he continued the relationship and he continued to hang in there and just say hey look, don't give up on me.”

Greene was named the VHSL Class 5 State Defensive Player of the Year after leading Highland Springs to 11-1 record in 2019. As a junior last year, Greene recorded 63 tackles, three interceptions and two caused fumbles while helping his team to a state championship and a perfect season.

“He's obviously watched K'Von and the success and the transformation that's happened in K'Von's life over the last four years,” Swinney said. “K'Von's graduating (Thursday) in three and a half years. It's really special. So, Malcolm's a corner, a dynamic player, going to be able to do a lot of things for us, and just super, super excited to have Malcolm.”