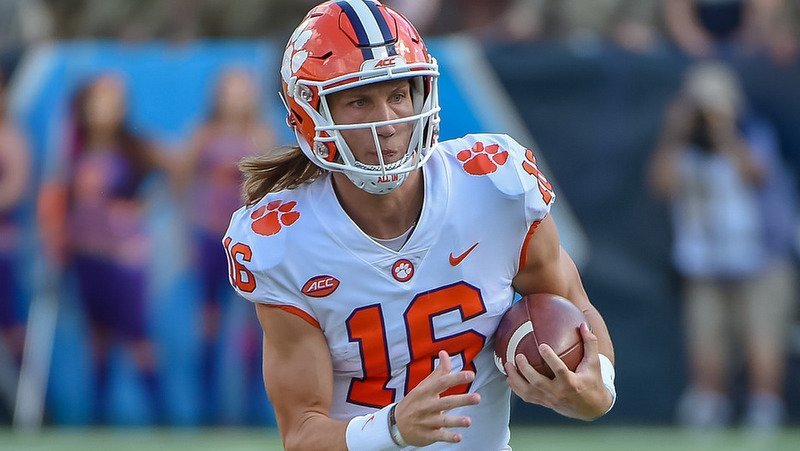 There’s drama surrounding the Clemson football program, so it must be Syracuse week.

The Tigers were dealt their only regular-season defeat last year by the Orange following a week which centered on Clemson’s quarterback situation and Kelly Bryant. This year the Tigers have to find a way to focus and get past this week’s “Days of Our Lives” episode – you better believe this 4-0 Syracuse team has been told by head coach Dino Babers that Clemson is ripe for the upset.

Bryant injured his ankle against Wake Forest in 2017 and was questionable when No. 2 Clemson traveled to Central New York for a Friday night contest in the Carrier Dome. Head coach Dabo Swinney insisted all that week that Bryant was healthy enough to play, but Bryant’s limitations were obvious early and he took a shot late in the second quarter that sidelined him for the rest of the game.

Backup Zerrick Cooper was ineffective in Bryant’s stead and the Orange pulled off the upset.

This week, the Tigers have been haunted by The Trevor Lawrence Effect.

When the Tigers played at Syracuse last season, they had Bryant, Cooper, former No. 1 quarterback Hunter Johnson, Florida record-setter Tucker Israel, and Chase Brice on the roster. That was in October, but when Lawrence arrived in January it began a trickle-down effect that leaves only Brice and freshman Ben Batson on the roster.

Lawrence is a wiry 6-5, but he casts an even bigger shadow, sending quarterbacks scattering into the four corners of the college football universe.

Nikki went into labor Monday morning, and we’ve been at the hospital the past few days, so I’ve been a little out of the loop on everything. When things finally settled down Wednesday afternoon, and we brought baby home, I messaged my boss and asked if he was attending Dabo Swinney’s Wednesday night press gathering. He said he was, and I told him there were questions I wanted to be asked, and none of them had to do with Kelly Bryant.

My questions were about the team and Lawrence. This is a freshman – albeit a special one – who now not only has to handle the ups and downs of leading the offense and looking forward to the first start of his collegiate career, but he has to do it with the drama that came with the announcement of his ascension to the top spot.

We’ve heard all along from the coaches that Lawrence possesses many of the same traits that made Deshaun Watson so special. He doesn’t get too high or too low and he has a calm demeanor that reflects his confidence.

He will need all of that now, especially with his mentor (Bryant) headed elsewhere, yet another quarterback who feels the need to escape that prodigious shadow.

Many in the national media have said all along that the Tigers have a smooth road to an undefeated season and a berth in the College Football Playoff. Opponents everywhere watch and wait for any sign of weakness and now, like a predatory shark sensing blood in the water, are circling and waiting to pounce.

Even media members that cover opposing teams have chimed in on Twitter and social media, barely concealing their glee and what they hope is a chink in the proverbial armor.

All of that is facing Swinney and Lawrence and the rest of the team this week. This has to be one of those times when Swinney is grateful for the Reeves football complex. When it was being built, he said he wanted a place where the coaches, staff, and players could get away from the outside distractions, come together as a team and focus on the task at hand.

How will Lawrence respond in his first start, with Syracuse throwing every look and defense in their playbook his way? The guess is he will respond the way we all think he will. After all, he already casts a pretty big shadow.