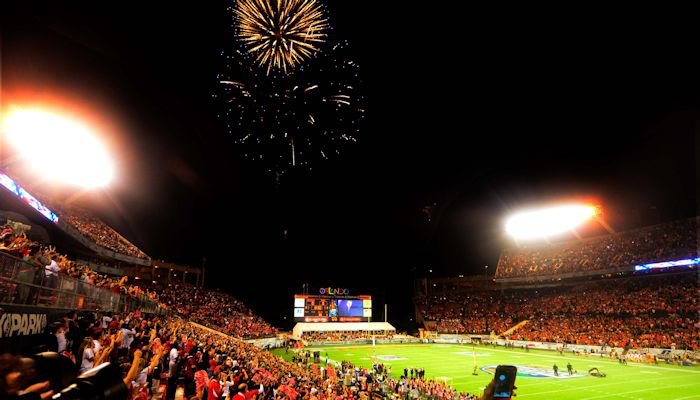 CLEMSON – Super Bowl MVP’s have been known to say, “I’m going to Disney World!” when they learn they’ve won the award. Clemson’s prize for beating South Carolina Saturday might be the same thing.

Clemson finished the regular season with a 9-3 record – the ninth win courtesy of the Tigers’ 35-17 trouncing of South Carolina Saturday – and can thank Georgia Tech for what appears to be a missed chance at the Orange Bowl.

Tech beat Clemson in Atlanta earlier this month, and then upset Georgia in Athens yesterday. For the Tigers to have made a return trip to the Orange Bowl the Yellow Jackets really needed to lose to both Georgia and lose this week’s ACC Championship Game to Florida St. With the win over the Bulldogs, the Jackets likely won’t fall far enough for Clemson to pass them in the rankings.

Unlike in year’s past when many bowls had the discretion of picking and choosing their teams, the new College Football Playoff format means the Tigers will have to adhere to the new bowl pecking order and that means a trip to Orlando to play in the Russell Athletic Bowl. That game will be held on December 29th at 5:30 p.m.

TigerNet spoke with Jerry Palm, the CBS Sports bracketology and bowl guru Sunday morning about the Tigers’ likely destination and he agreed that Georgia Tech’s late-season run probably means a trip to Orlando for Clemson.

“I had Clemson in the Orange Bowl this week, and Georgia Tech beat Georgia and now I don't know if that can happen,” Palm said. “I don't know if a 10-3 Georgia Tech - which will be what happens if they lose to Florida State – will be behind 9-3 Clemson in the final rankings. That is really the deciding factor. Clemson will not be the highest-rated ACC team. I don't just don't see it, unless they (Tech) just get obliterated or someone gets hurt, some extending circumstance that would give the committee pause. Florida State hasn't obliterated anyone all year and it's unlikely Georgia tech will be the first. But you never know. I just can't see all things being equal how 10-3 Georgia Tech with a win over Clemson ends up behind 9-3 Clemson in the rankings.”

If you’re thinking that Clemson could get one of the at-large berths – say in the Chick-fil-A Peach Bowl – that scenario isn't likely.

“In order to get an at-large to one of the other games they would have to be in the top 10,” Palm said. “That's not a stated minimum. That's just a realistic one. The Chick-fil-A, Cotton and Fiesta bowls will get populated by the highest-rated teams that are not in the other three games. Although the non major champion will be in one of those six spots, but the other five are just the highest-rated teams. There is no realistic reason to think Clemson will be one of those five.”

As a result, Clemson’s logical landing spot is Orlando on December 29th.

“Yeah, the only way that doesn't happen is if Orlando doesn't want them, which I can’t imagine. I think Clemson would be clearly the best choice for them,” Palm said. “So unless it was a situation where they couldn't create a matchup that wasn't a regular season rematch or something like that. But I'm like 99% sure Clemson is going to Orlando.”

So who would be the Tigers’ opponent? Think Oklahoma, where defensive coordinator Brent Venables

“I think that is a really good choice for an opponent. There are games to be played this week that would affect that,” Palm said. “They got Oklahoma St. in the Bedlam game. If they were to lose that then maybe that would change things. But I think Oklahoma is the probably the likely opponent. Also if one of TCU or Baylor were to drop out of not only the playoff but drop far enough down the rankings that they wouldn't be even an at-large team, which doesn't seem likely, that team could end up in Orlando. I would say Oklahoma is the most likely team and would probably be the most desirable team.”