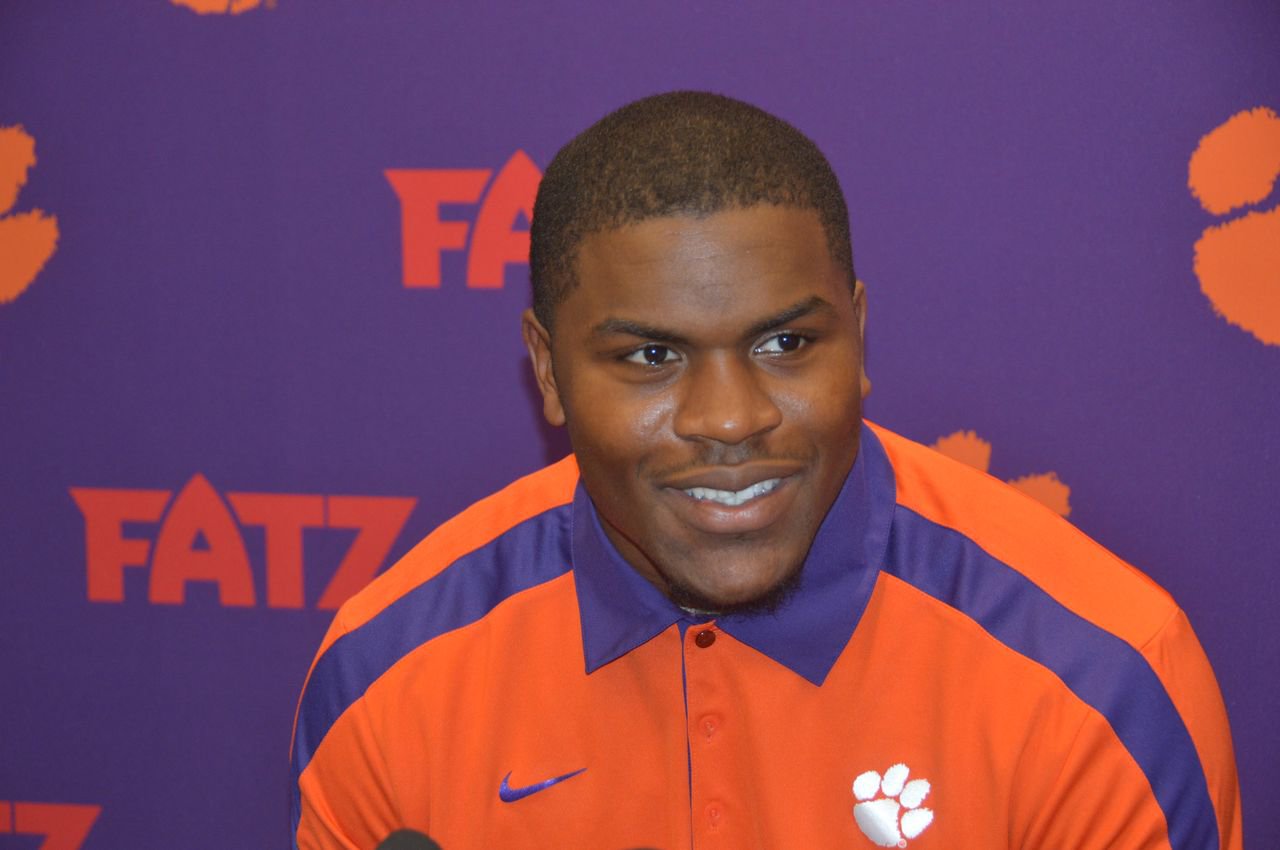 Anthony says he is worried only about Georgia's football team

Stephone Anthony
Sr. Linebacker
#42 6-2, 244
Polkton, NC
View Full Profile out onto the field at Virginia Tech’s Lane Stadium with the Tigers needing to make a stop near the goal line and Clemson clinging to a 3-0 lead.

The Hokies had driven down to the Clemson five yard line, and the Tech fans in that corner of the endzone were rabid with anticipation. Keys were jangling from thousands of pairs of hands, the students were on their feet, and the Hokie band was loud enough for two bands in between plays.

Anthony jogged onto the field, and heard……………silence. His focus enabled him to help force an incomplete pass and a Virginia Tech field goal for the Hokies’ only points of the afternoon, a turning point in what would eventually be a 23-3 Clemson win.

Anthony told TigerNet Thursday afternoon that he has always thrived in road environments, citing Virginia Tech’s Lane Stadium and Doak Campbell in Tallahassee as really the only two that stand out in his memory as being tough road environs. He then said he can’t wait to see what Sanford Stadium has to offer.

Anthony was part of another game-saving play – his interception late in the Orange Bowl win over Ohio St. – where he didn’t hear anything but his own thoughts.

“I just heard my own thoughts. I just really heard nothing,” Anthony said. “It was an exciting moment and I enjoyed it and was able to celebrate with my teammates.”

The Tigers face a Georgia team that has history on its side in Sanford Stadium - they are 22-3 over the last three seasons at home, they are 36-1 at home in non-conference games under head coach Mark Richt, and Clemson hasn't won there since 1986. In the three games in Athens since 1986, Clemson has been outscored 98-54.

Anthony said that while he looks forward to seeing what the environment will be, he isn’t concerned that the fans will make him lose focus, saying he is focused on the game and blocks out the crowd early in the process.

Anthony said the Tigers are more focused on Georgia’s team than the type of environment they might face.

“We are really just trying to focus on our gameplan, and get an understanding of what we have to do to stop those guys,” Anthony said. “They have a great duo with (Todd) Gurley and (Keith) Marshall, and that is going to present a great challenge for us. It is going to be up to us to try and stop them. “