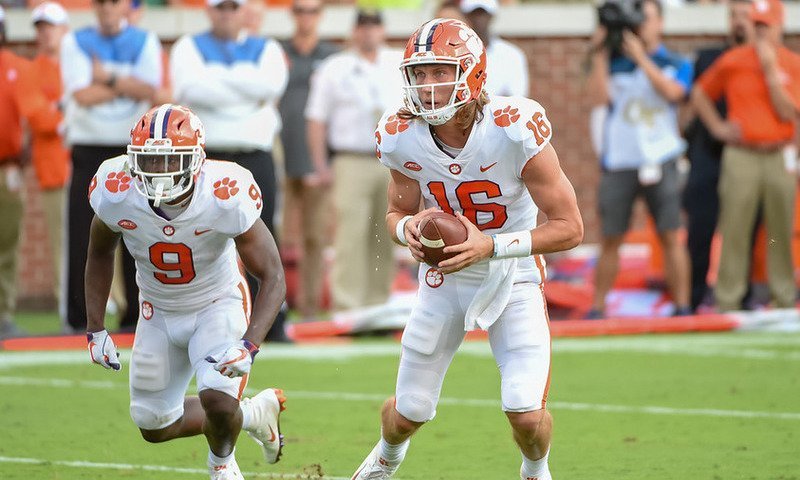 Analysts agree the best Clemson offense you will see this season comes with Trevor Lawrence at QB.

A quarterback competition has been emphasized essentially since Trevor Lawrence stepped on Clemson’s campus - and Lawrence taking over that starting role has been a hot topic for local, regional and national media throughout.

Monday, that talk came to a head with No. 2 Clemson (4-0) announcing Lawrence as the starting quarterback for Saturday’s noon kickoff with Syracuse (4-0).

Moving a senior in Kelly Bryant with 18 starts and 16 wins to a backup role might typically draw some ire among national pundits, but those following the program see where the Clemson coaching staff is going with the decision.

Lawrence is coming off of throwing four touchdown passes from the second quarter-on of the 49-21 win over Georgia Tech on Saturday. Slow starts that have plagued the Tigers at times in the last two seasons had struck again with one first down in the seven plays that Bryant saw in the first half.

“He basically gave the offense a spark it didn’t have under Kelly Bryant,” CBS Sports college football analyst Barrett Sallee said on CBS Sports HQ. “The touchdown to Hunter Renfrow was a very NFL-like throw. He’s got Tee Higgins and weapons everywhere. And he unlocks all these weapons. In Kelly Bryant you have a guy who is smart and makes enough good plays to keep the chains moving, but is it dynamic? A team like Clemson, even in an ACC this year that is down, is still going to have to be dynamic every once in a while. 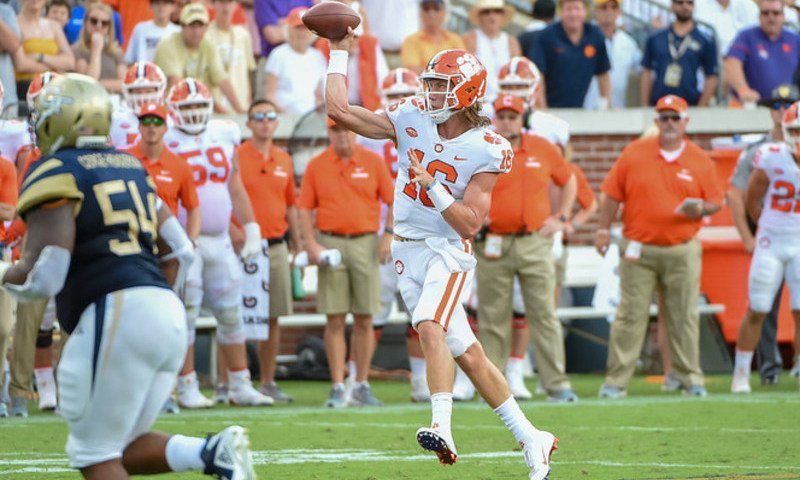 Analysts agree the best Clemson offense you will see this season comes with Trevor Lawrence at QB."

ESPN’s Joey Galloway said Monday that the move keeps the momentum rolling for the Clemson offense.

“Moving forward, you're saying to yourself, 'Do we really want to take that momentum away from not just the quarterback but the entire offense?'” Galloway said on ESPN’s College Football Live. “You want to go down the field with the football with the belief in any situation against anybody that your quarterback when need be can pass you to victories. I believe that's what Clemson is thinking here.”

Both Galloway and colleague Greg McElroy agree that Clemson could be looking down the road to the kind of offense that can beat teams of equal or more talent. Bryant’s 2017 Sugar Bowl performance versus Alabama, where he connected on just 18-of-36 throws for 124 yards with two interceptions, being in mind.

“I think Clemson is thinking here, 'If we're going to beat the Alabamas, Georgias, and Ohio States of the world we're going to have to use our entire playbook and Trevor Lawrence gives them a better chance to do that,” Galloway said.

"It's no longer one of those situations where you can just win with a great defense,” said McElroy. “We know Clemson's front along the defensive line is elite. But now you look at the offense you're going to have to face as the season progresses, you're going to have to score 45. Maybe 50 points to be some of the top-tier opponents you can face in the College Football Playoff.

Galloway also agreed with the timeline.

"When you look at what Alabama did by waiting until 13 points down in the championship game before they make their switch, I think that also plays into the coaching decision,” he said. “We don't want to get in a situation where we are behind in a championship game or in a playoff game and then make a switch. Let's make it now and let this guy lead our team into that (game)."