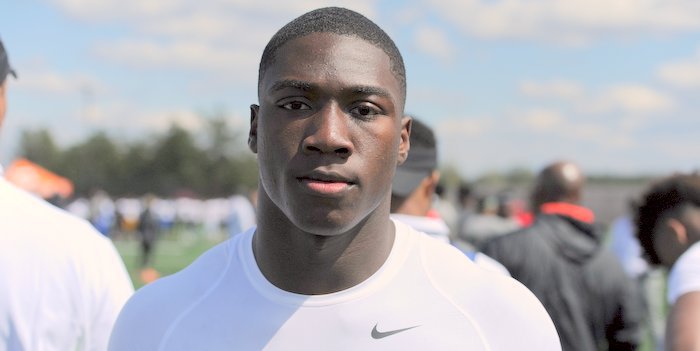 Britt was one of the standouts at the Nike Atlanta regional

K.J. Britt has waited on a Clemson offer for quite some time, but when one never came he finally decided to implore Clemson’s defensive coordinator about the delay.

As it turns out, the Oxford (AL) linebacker has been in constant communication with the Clemson staff, but before Brent Venables would dispense an offer he wanted to see that Britt was interested in Clemson, making a visit to campus mandatory.

TigerNet spoke with the 3-star linebacker shortly after he learned of this week’s offer and Britt said Venables gave him the good news over the phone.

“I called Coach Venables, and I asked him about an offer,” Britt told TigerNet Thursday evening. “I talk to him about every day. That's why I asked him about the offer. I was like, 'I talk to you every day, are you recruiting me?' I should've asked him before, but I didn't know. He told me a while back that if I came to visit that I had an offer, but he never did say anything about the offer when I went up there, so I didn't know. When I talked to him on the phone, he said that by me visiting it showed them that I was interested, so I have an offer.”

Britt said that it was easy to see what sets Clemson apart in the short time he was on campus for Clemson’s spring game. 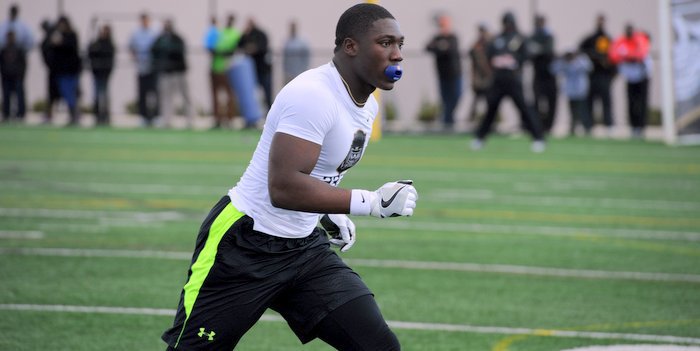 Britt was one of the standouts at the Nike Atlanta regional"

“It was good. I really liked it and it was a lot of fun when I was up there,” Britt said. “Family is what sets Clemson apart. You can tell when Coach Swinney talks to me in the locker room after a game; it was real family-like. He wasn't talking to them like a head coach. He was talking like a mentor and a father figure. That was good to see.”

If the draw of Venables and family aren’t enough, Clemson’s best recruiter on the case is 2017 wide receiver commit Amari Rodgers.

“We're brothers. I talk to him every day,” Britt said of Rodgers. “He's always trying to joke on me. He's always in my ear about Clemson. We're building a very close relationship.”

While national sentiment has been that Auburn and possibly Georgia hold the cards in his recruitment, Britt said his options are still wide open as he nears an August decision date.

“Clemson still has a shot. Right now, I have them at number four. They're still high on my list, and they'll be in my top five when I release it,” he said. ”My options are still very open. Right now, I'm still praying about it, and I'm asking God to help.”

Clemson has the opportunity to leave a lasting impression in July as Britt said he was planning to attend the All In Cookout.

“I'm probably not going to any camps, but Coach Venables told me about a barbeque that I'll probably try to come to,” he said. “He told me he was going to give me the dates and stuff for that.”

In 2015, Britt had 126 tackles, 22 tackles for loss, five forced fumbles, two fumble recoveries and a touchdown.