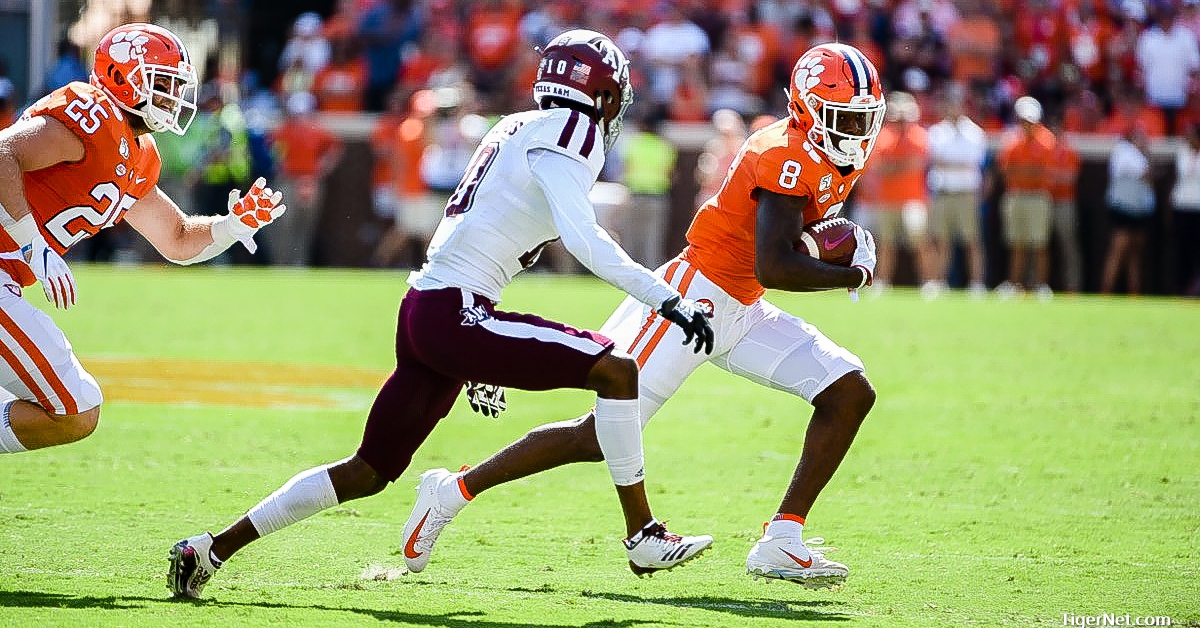 CLEMSON – Texas A&M players and coaches are headed back to College Station feeling like they gave No. 1 Clemson a win.

“We couldn't get it rolling. I was in the redzone once and it should have been a high route and instead, it was an interception. Then I had a fumble. Those are plays I can make a lot better,” quarterback Kellen Mond said. "This is a good football team. They threw a lot of stuff at us, but I felt like we were really prepared. It doesn't matter how prepared you are, you have to go out and execute. I felt really good and I felt like I was seeing everything on the field. I felt like the offensive line did a good job tonight. I know some of the plays I got hit it was either my fault or a running back didn't do his job in protection.”

Mond said he felt like he didn’t play well enough to win.

“I put a lot of that on me. We had a drop on the first play and then I missed a throw on the second play that would have been a touchdown,” Mond said. “Against a team like this, you can't make mistakes like that. I feel like our players matched up really well against them. I feel like with the gameplan we had, we didn't execute the way we wanted to on offense. The offense was given a lot of opportunities and we didn't take advantage of it.

“I felt really prepared this week and saw everything on the field really good. We just missed our opportunities. On the second play we had a wide-open touchdown and I just missed him.”

Linebacker Buddy Johnson said the Aggies had the momentum but simply stopped executing.

“We executed but not good enough. We left some plays out on the table. Hats off to Clemson,” Johnson said. “They came out and did their thing. We came out and started kind of fast and then we started to slow up so that hurt us at times. We have to work on that and keep bringing the heat.

“We just stopped executing. They were really doing the same thing and running the same plays over and over. They were the same plays we saw all week. Hats off to Coach (Mike) Elko. He had a wonderful game plan. We just have to do a better job of executing. I feel like we had the momentum. We came out and started fast but we didn't stay on the gas. We let off the gas and they took advantage of it and that's where their momentum came from. We were ready. We came out fired up. We just can't stop. We have to keep pushing.”

Johnson said the Aggies beat themselves.

“They made good plays but at times we beat ourselves and at time we didn't execute. They did a wonderful job as well,” he said. “They're a good team but at the same time, we're a good team. We knew coming out it was going to be a dogfight. We just have to execute better. It was a good game but we have to bring more next time.”