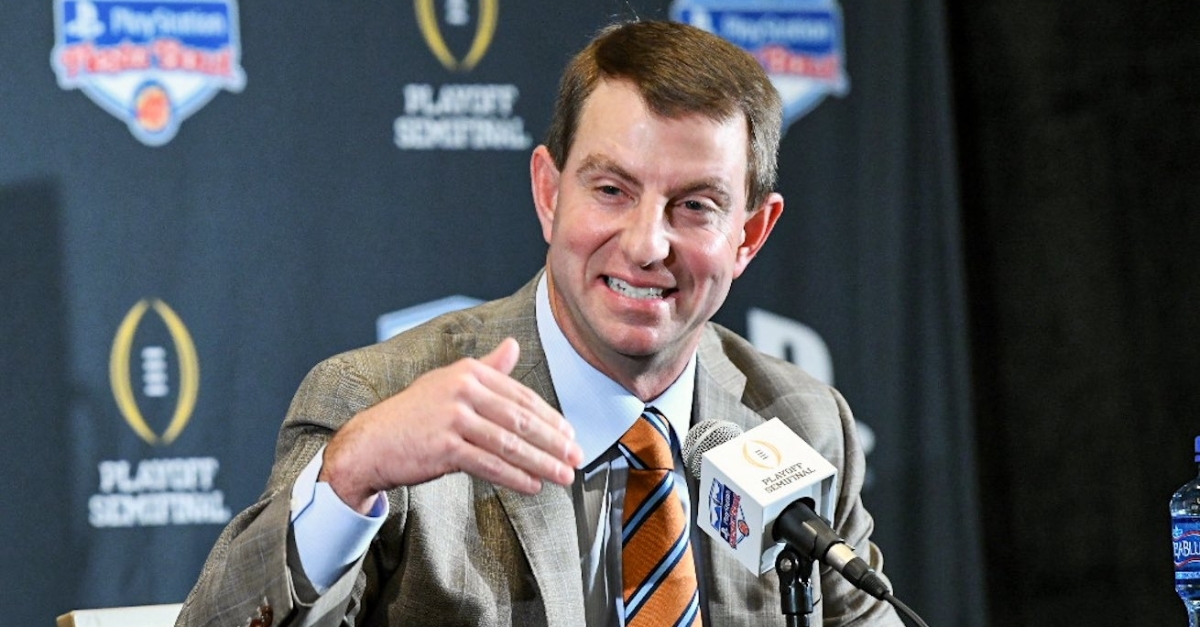 SCOTTSDALE, AZ – Clemson head coach Dabo Swinney predicted ten years ago that the coming decade would be the best in Clemson history and he was right – the Tigers have enjoyed unprecedented program success over the last ten seasons.

The Tigers, winners of two of the past three national championships, have gone from a 6-7 team in 2010 to a national powerhouse. The Tigers have won at least 10 games each season since 2010, have appeared in five consecutive College Football Playoffs and have won two of the last three National Championships.

What does the next decade have in store? Swinney maintained Friday that the best is still yet to come.

“Yeah, I would say my prediction is the best is yet to come, as I always say, because that's just what I believe. I believe the best is always yet to come,” Swinney said during Friday’s press conference. “Just my mindset. It is kind of crazy, though, to think that today is our last Friday practice of this decade. We've had a lot of Friday practices since 2010, and a lot of guys have come and gone.”

Swinney then said that he hopes to be an integral part of that next decade.

“I'm just glad I'm still here. There's been probably a lot of money bet on me not being here back in 2010, but we're here,” Swinney said. “And just grateful and blessed to see this decade come to an end. And next time we get out on the field, regardless of what happens in this game, it will be a new decade in 2020. Look forward to the next ten years. So ask me that question in ten years. It will be fun to review.”

The Tigers still have one game to play this decade calendar-wise and hopefully two more games when you count the decade as a season, and Swinney said he thinks his team is ready to roll.

“We're back. We've had a great week, first of all. It's been a good week for us,” Swinney said. “Our guys have been great at practice. The hotel has been awesome. The hospitality has been great. Everybody here associated with the Fiesta Bowl has been tremendous and just above and beyond in making sure that we have everything we need to be able to function just as we would back at home. So it's been a great week. I think our guys have been able to have a good balance of really having some fun and enjoying the experience, but at the same time being locked in on what we've got to do to have a chance in this game. So we're excited about it. There's really not much else to say that hasn't been said.”

Swinney said he is looking forward to a great game.

“This is two great teams, just tremendous amount of respect for Ohio State,” he said. “As I said earlier, kind of mirror images of each other in so many ways. You can tell that both teams like each other, play for each other, believe in themselves and their teammates. I think that really resonates on film. So should be a heck of a game, and we're all looking forward to a great competition.”