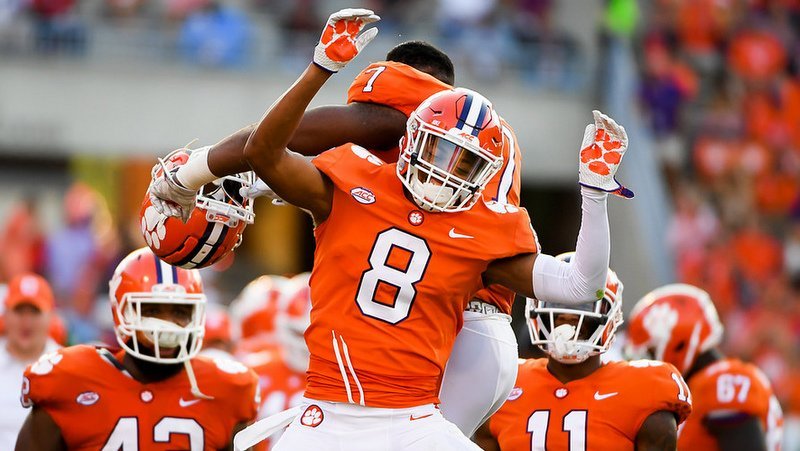 AJ Terrell is playing the role of big brother

CLEMSON – Big brother doesn’t have to be several years older.

Sophomore corner A.J Terrell has proven that the big brother role doesn’t have to be played by a senior. Being only a year older than freshmen Mario Goodrich and Kyler McMichael, Terrell has taken the two defensive backs under his wing.

Goodrich and McMichael, both four-star defensive backs, came to Clemson with high expectations after being two of the highest sought-after recruits of the year, with McMichael ranked 71st in the nation and Goodrich at 99th.

Like any other rookie, Goodrich and McMichael both have an assortment of knowledge to obtain before the season starts, which according to Terrell could come from simply the playbook and film.

“They both came in a good size and everything, but we’ve got to get them right in the film room and get the plays down fast so we can have depth,” Terrell said. “It would be a big improvement if we can get them right, you have to recognize the receivers the splits the formations, knowing what’s about to come your way.”

Having a year under his belt, Terrell has played the role of big brother, allowing him to pass his knowledge on to the two rookies.

“What I tell them to do is like when we go home at night, get in the playbook and know what you got to do before the other corner knows what he has to do. Know what you have to do and know your job,” he said. “That will translate over to the other side. You will know both sides, and when you know both sides your confidence will go up.” 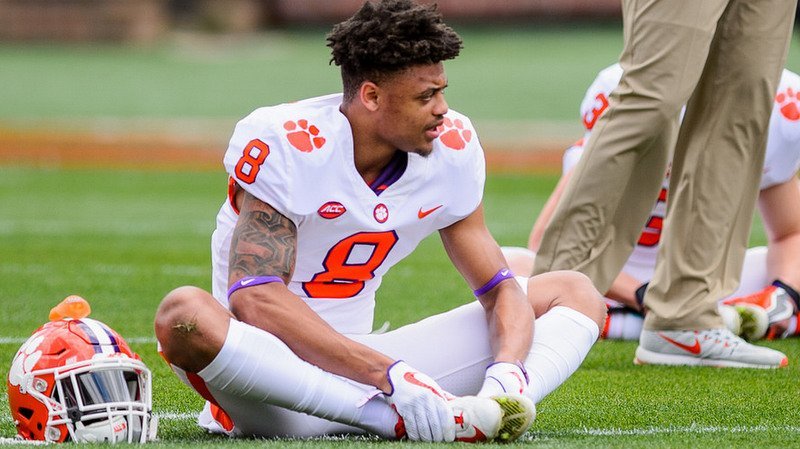 AJ Terrell is playing the role of big brother "

Speaking of confidence, Terrell speaks from experience on the subject.

“Yeah, I feel more comfortable. That’s like me from last year going into this year, my confidence went up, and I know what I have to do,” Terrell told TigerNet

Many have predicted Terrell as a key component to the Tigers’ defense after finishing his freshman year with 15 tackles, an interception, and six pass breakups in 237 snaps. The pressure would get to most, but Terrell knows at the end of the day, it falls on what head coach, Dabo Swinney and his team say.

“It’s a lot right now, I’m going into camp with every rep, competition, I don’t really like to take a play off. Every time I come out here I know what I’m coming out here to do. We are all competing, but at the end of the day it’s the coach’s decision so I can only do my part,” he said.

Terrell’s offseason has been everything but off. Between the weight room, and expanding his playing position from his native cornerback to boundary, he has surely paid his dues in efforts to gain playing time for his sophomore season.

“Offseason I’ve been trying to focus more on the playbook and the weight room. I think that’s what I need more than anything, the weight room,” he said. “Both, I do both, either way, either one. Nothing much, it’s just the calls, just the position of the side,” Terrell said when asked about which position he feels most comfortable at and the difference between the two."