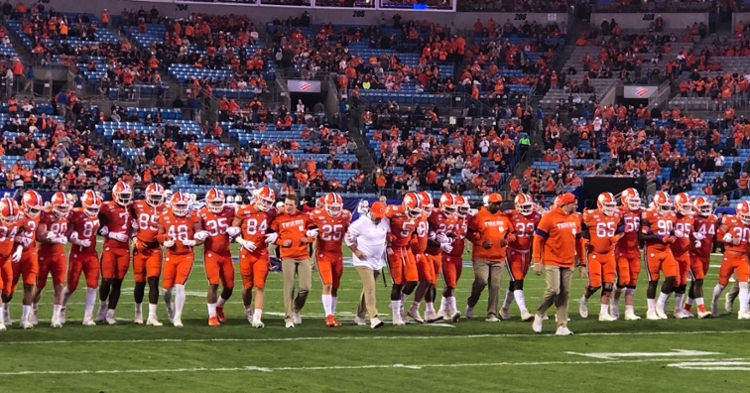 The ACC could have a bright future thanks to changes made this season.

While many have said it wouldn’t happen, it now appears we’re tentatively on track for college football in the fall. The ACC announced they will be using a 10-plus-1 model with 10 conference games plus the opportunity to schedule one non-conference game so long as it takes place in the home state of the ACC institution. After rumors of a pod system in which Clemson would play four ACC teams twice in the same season, this comes as welcome news.

The SEC threw some water on the celebration by canceling all non-conference games and thus backing out of their annual rivalry games with ACC opponents. Nevertheless, Clemson’s schedule actually got more challenging after all the dust had settled.

With the COVID-19-related scheduling changes resulting in a more appealing lineup of ACC football, perhaps things shouldn’t revert back completely in 2021 and beyond. Here are three ways ACC football could create a brighter future after experiencing the madness that is 2020.

First, they adjusted the rule to allow conferences to hold a championship game if they played a round robin slate. As a result, the Big 12 brought the game back with a true No. 1 vs. No. 2 matchup in 2017. More recently, UConn left the AAC to return to their Big East roots. The move left AAC football with just 11 teams – too many to have a round robin. The NCAA granted them a waiver that allowed them to dissolve divisions and have a true No. 1 vs. No. 2 championship anyway.

Now, the ACC will join them as they dissolve divisions for the 2020 season, but could it stick? While there are currently no plans beyond 2020, you’re not the only one tired of seeing Clemson play Boston College and Syracuse every year while only squaring off in the regular season vs. Virginia Tech, North Carolina, and Miami every six years. A year without divisions is giving everyone a taste of a more interesting ACC schedule.

Imagine an eight-game conference schedule in which each team had three permanent rivals. UNC could play NC State, Duke, and Wake Forest annually. UNC and Wake Forest have been so frustrated about not playing enough they’ve advocated for a nine game ACC schedule and even played a non-conference game against each other last season. Clemson could play Florida State, Georgia Tech, and Virginia Tech every year and still play the remaining 10 ACC members every other season. They’d visit every stadium at least once every four years.

The NCAA would have to cooperate, but if 2020 gives them a look at a superior brand of football, how can they say no?

Clemson, to their credit, has gone above and beyond to schedule two Power Five opponents each season, even going so far as to pay Wyoming a $1.1 million buyout and sacrifice the valuable seventh home game to add Georgia to the 2021 schedule.

Getting a seventh home game is huge for Clemson’s local economy too. Susan Cohen of the Clemson Chamber of Commerce said a typical home game generates $650,000 in hotel revenue alone. After considering other purchases made in town by those visitors, a home game can generate nearly $2 million for the town’s businesses. Of course, smaller games will be a bit less and marquee games a bit more, but with a typical non-event weekend only generating $65,000-$75,000 in hotel revenue (and the much smaller downstream impact of that), the lift is tremendous.

Despite that benefit, Clemson chose to challenge themselves and play Georgia instead. In the same respect, Florida State chose to schedule a neutral site game against West Virginia in 2020 to go along with Florida and a road game at Boise State instead of playing a cupcake at home. Other ACC teams don’t necessarily need to do that much, but when a quarter of the schedule is cupcakes for nine teams, the conference needs to raise the standard.

I admit this one is a long shot, but here’s why it is more likely now than in years past. The ACC showed goodwill in finding a win-win solution for the ACC and Notre Dame rather than playing hard ball and trying to force them into the conference. Perhaps that combined with the thrill of competing for a championship game appearance changes minds in South Bend.

Layer on top of that the fact that it is not financially beneficial for ND to remain independent anymore and you start paving a path, narrow as it may be, to the Irish joining the ACC. Notre Dame AD Jack Swarbrick has said they would be “much better off all in with the ACC or any Power 5 conference.” With the financial strain caused by COVID-19 cancellations and social distancing measures, meaning fewer games and less than capacity crowds -- this could become a bigger deal.