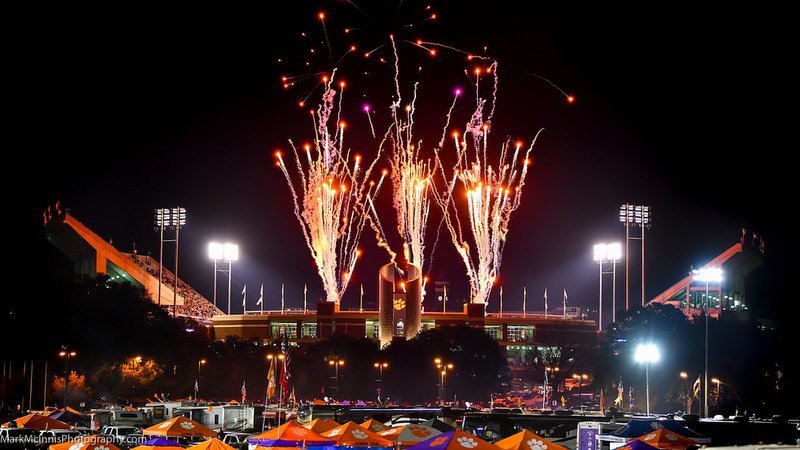 College football is closer to being a reality.

It’s a tradition unlike any other to me, and it makes it feel like college football is finally here.

With apologies to Jim Nantz and The Masters, a tradition unlike any other to me is the kickoff of the college football season. For months, we have wondered and worried and fretted about whether we would see football in the fall.

National writers posited that there would be no football, fanning the flames of doubt during a summer when the flames of different social fires burned across the country. There were adamant declarations that football would have to wait until spring at the earliest, and for the dourer of the bunch, perhaps wait until fall of 2021.

As we inched closer and closer to August and then the first few weeks of that month were torn off of the calendar, three of the Power 5 conferences moved forward with their intent to play, and college football started last Saturday with a sloppy yet entertaining contest between Austin Peay and Central Arkansas.

The teams weren’t in midseason form as penalties and turnovers marred the night, and ESPN even got in on the act, posting a graphic calling Austin Peay “The Govenors” instead of The Governors.

Still, it was football, and for the first time in months, I exhaled. A little bit.

High school football dotted the airwaves, and I watched every snap I was able to watch. It was incredible, like giving water to a thirsty man. But, like everybody these days, I want more.

Clemson now sits nine days from the season opener at Wake Forest. We have more college football this weekend, capped by BYU and Navy on Labor Day. Then the first real week of the season begins with UAB and Miami next Thursday night.

Like a lot of people, I’ve tried to temper my enthusiasm because of the uncertainty of the season. It looks like we are going to get started, and we hope we complete the season, but the truth is that we just don’t know. Maybe, just maybe, the Big Ten will join the party at some point (how will those teams feel if a season is completed, along with a College Football Playoff semifinal round and National Championship, while they are sidelined?).

Fall camp ended and the Tigers began preparations for Wake Forest and I felt even better. We learned earlier this week that Wake Forest is allowing just three members of the visiting media into their smaller press box for the opener, and they would leave the decision of which three media members up to the Clemson Sports Information Department.

Because many people are stuck in 2005 when the newspapers were king, we learned that representatives from three newspapers will get the call to make the trip to Winston-Salem (We’ll have the same access to postgame interviews, however). Even that didn’t dampen my enthusiasm, partly because I expected it and partly because if you had asked me in June if that would be acceptable if we still got football, I would have said yes.

On Monday, it all starts – the Monday and Tuesday interviews with coordinators and players, the weekly Dabo Swinney press conference on Tuesday, and the Wednesday (or Thursday) post-practice reports. It looks like it’s finally here.

My wife Nikki has been on so many Zoom calls I’ve lost count, trying to get kids in class for in-person learning this semester, and I’ve had Eli, our 23-month old, the majority of most days. Wednesday I watched several games on the DVR, from Alabama and LSU last season to games going all the way back to 2001.

For the first time in long time, it felt like football. Eli wanted to watch a kid’s video on my phone but I quickly switched them over to college football fight songs, introducing him to Tiger Rag and Rocky Top and Tribute to Troy and The Victors and The Victory March. It didn’t take long for him to start smiling, and of course part of his excitement was because his daddy was smiling, but it was the highlight of an otherwise trying day.

I’ve written more than once that I was hopeful college football would be played, and it looks like it’s about to come true. Now I will write, in the hopes it comes true, that we have some sense or normalcy by the end of the season.

As the fight songs echoed through our house and my child smiled, I realized that the tradition unlike any other, to me, is here.