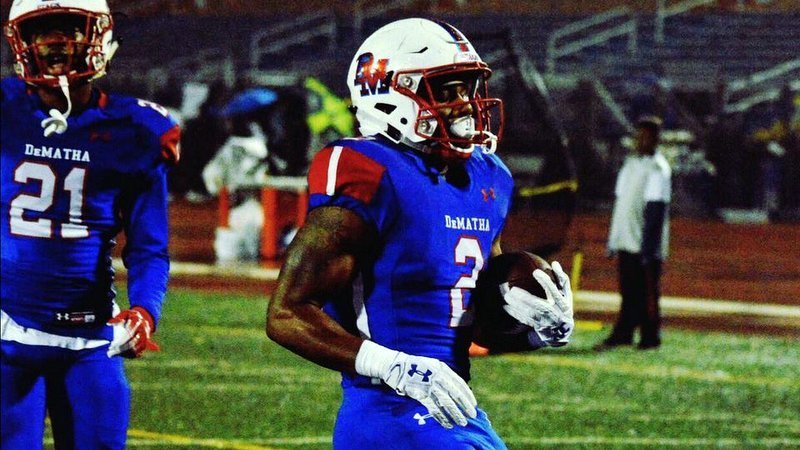 Lloyd says he wants to make an impact wherever he goes

During the Clemson visit, Lloyd spent time with running backs coach Tony Elliott, and Elliott made it clear that there is an opportunity for Lloyd to play early.

“The coach told me he puts the best man on the field, the best man plays at all times, and I like to hear that,” Lloyd said. “I feel like Clemson was a great place for me. They call it the best and their technology there is amazing and really opened my eyes a lot.”

And considering Clemson’s status as the reigning national champion, Lloyd said getting an offer from the Tigers means more.

“Especially coming from a national championship, it’s very big to me,” he said. “An offer from a school like that that just came from a big-time win, it’s big for me and it’s big for the school.”

“South Carolina was nice,” he said. “The coach is actually close friends with my running backs coach. I got to know him when he was at Miami. I know South Carolina is not too big on hype I don’t think. They’re telling me that basically the best man comes and they were telling me they would put me in the best position as possible.”

Lloyd also has been to Georgia and Penn State, two more tradition-laden programs. So, how much will Lloyd’s decision be influenced by the high-level success of a program?

He plans to take more visits with Texas, Texas A&M, Notre Dame and Ohio State on his agenda. And he’s planning a return visit to Clemson and USC, possibly for one of their spring games.

Lloyd said he won’t make a decision until late in the process and he will not sign early.