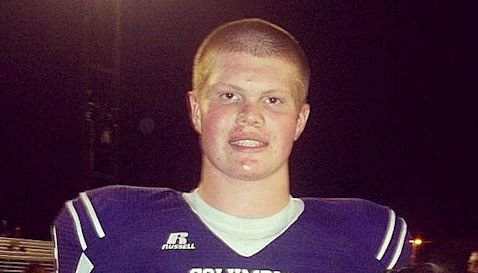 Jackson Harris
Tight End
6-5, 240
Columbia, TN
View Full Profile isn’t your typical high school tight end, which is why he holds offers from every major program in the country.

The 4-star Columbia (TN) Columbia Central prospect is one of the top tight ends in the 2015 recruiting cycle, and the good news for Clemson is that he’s had his eye on the Tigers for quite some time.

Clemson offered Harris in September of last year, and he said that since that time his relationship with recruiter Robbie Caldwell

“I got the offer sometime last September. Coach Caldwell talked to my coach and they offered,” Harris told TigerNet Thursday night. “It was a bye week. I went down there a few weeks later and got to check out a game. We came down a day early, spent some times with the coaches, and looked around. I stay in contact with Coach Caldwell and talk to him about every week.”

With Caldwell also being a Tennessee native, it isn’t hard to see why the two get along so well.

Harris made the trip to Clemson so he could see for himself what Clemson is all about, and he said it was everything he expected.

“I enjoy the coaching staff. I really like Coach Swinney,” Harris said. “I really love campus. It's really cool and everything's not too far away. The facilities are really nice. I enjoyed everything about it. They have a really good engineering program, which is what I plan on majoring in. That's another plus. They are a very good that I'm very interest in.”

“I just want to go somewhere where I can fit in right away,” he said. “They have produced big-time tight ends and know about their record with tight ends. I like what they do at the tight end position and it seems like a good fit for me.”

With the spring recruiting circuit in full swing, Harris hopes to make a return trip to Clemson either this spring or summer.