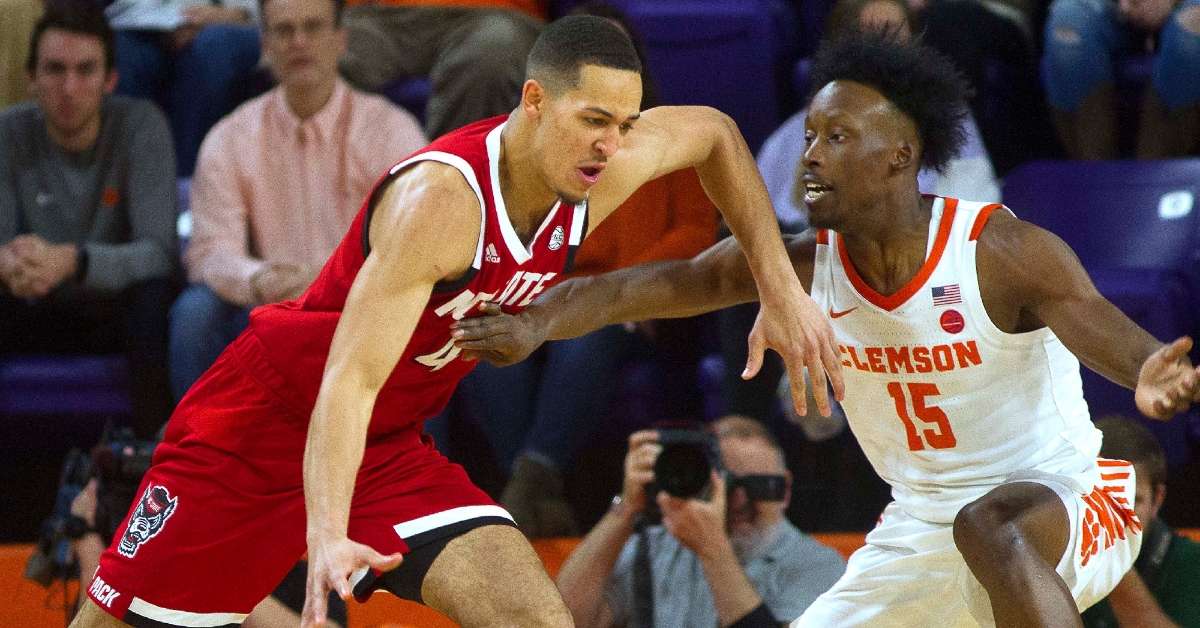 Clemson answered every NC State run with a run of its own and broke a three-game ACC losing streak to start the season in defeating the Wolfpack 81-70 Saturday afternoon in Littlejohn Coliseum. Clemson moved back to .500 at 7-7 overall and is now 1-3 in the ACC. NC State falls to 10-4 overall and 1-2 in the conference.

The win also breaks a three-game losing streak to the Pack.

Aamir Simms led Clemson with 17 points, while Dawes chipped in 16, Tevin Mack and Curran Scott had 14 apiece, and John Newman had 12. Dawes and Mack each scored 11 points in the second half to pace the Tigers.

"I couldn't be more proud of the way our guys played today," Brownell said. "We played pretty well in the last game against Miami but didn't finish it. I was really heartbroken for our guys because we've been working really hard for the last month. They responded after a challenging film session and two great days of practice. We played about as well as we could've played offensively.

"We had one or two wrinkles in the game plan that were really helpful and gave our guys some confidence. We played at a high level in every phase of the game. We had five guys score in double figures. We made our free throws down the stretch. It was a really good win against a really good team. We were very good. We shared the ball. We made shots. The bench played well. We played a very good game today. This is very satisfying because of how hard our kids have been working."

Brownell said he liked what he saw out of Dawes.

"Al took a big step forward today. He made a bunch of free throws to ice the game," Brownell said. "He didn't turn the ball over against pressure or press. He's growing up. I thought this was a terrific performance. He went head-to-head against Markell Johnson and hung in there against a very good player."

The Tigers came out aggressive early and rolled out to an early lead. Simms nailed an early 3-pointer as Clemson led 6-0. Curran Scott hit two free throws to expand the lead to nine at 16-7, but State hit seven straight to trim the lead to two at 16-14.

The Pack scored the first four points of the second half and eventually chipped away at the Clemson lead until they were down by one at 53-52 on three free throws by Pat Andree at the 11:55 mark. Newman ended the Pack run with a jumper and Scott nailed a jumper of his own to push the lead back to five at 57-52.

The Pack once again trimmed the lead to three at 61-58, but Mack hit a layup to push the lead to five and then Simms drove the lane and kicked to Scott in the corner for a 3-pointer for a 66-58 lead. Simms then hit two free throws for another 10-point advantage at 68-58 with a little over three minutes to play.

Clemson returns to the floor a week from today, traveling to UNC in a 4:30 p.m. tip.

Clemson vs. NC State boxscore
Get the latest Clemson gear right here!
Comment on this story