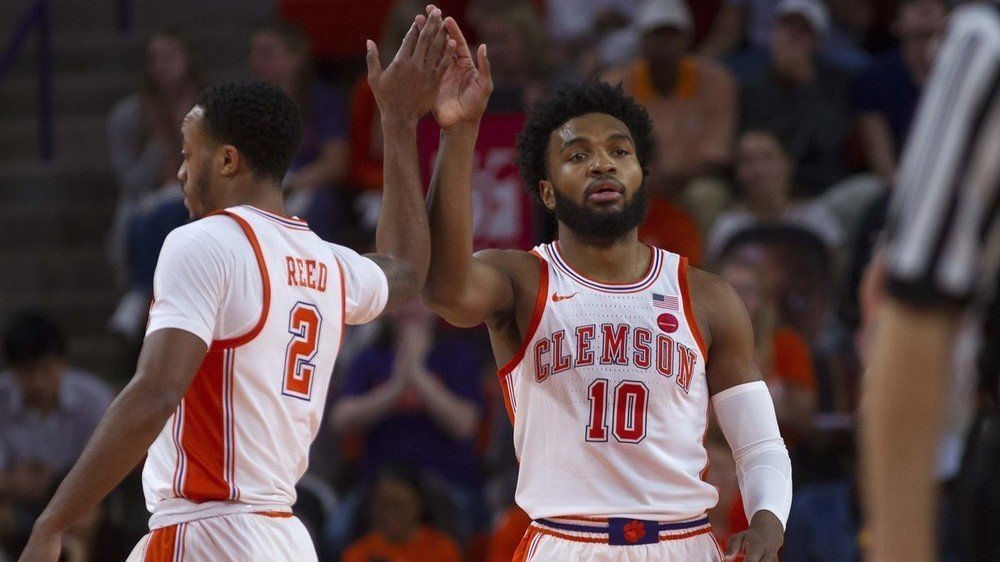 CLEMSON – Brad Brownell understands that not many people give his Tigers a chance to advance past the first round of Friday’s NCAA Tournament, and he’s ok with that. People have doubted his team all season.

Clemson earned an at-large bid into the 2018 NCAA Tournament as a No. 5 seed and will face the No. 12 seed New Mexico State in San Diego, Calif. on Friday, March 16 at in the first round. National media pundits all seem to be in agreement – New Mexico St. seems primed to knock off the Tigers and advance to Sunday’s game against the winner of Auburn and the College of Charleston.

In other words, the Tigers find themselves in a familiar situation, even though Brownell says being written off doesn’t matter once the ball is tipped.

“I think the media overblows that. It's great that you tell your players that, but after one hit in football one trip down the floor in basketball, the players don't remember any of those things,” Brownell said. “None of that matters. It's about playing and executing the plan. Can it help you in preparation for the week? Maybe. Our guys are aware that very few people believed in our team for months now. It's not just one game or one week. We talked about it a little bit way back when, but for us, it's more about us believing in ourselves. It's us believing in what we do and who we are. We've had to do that twice. We had to do it at the beginning of the season and we had to do it after Donte Grantham's injury, and that's one of the reasons why I'm proud of our team.

“I told them that after Selection Sunday that we can be as successful as we want to be. We're good enough, but we have to play really good basketball because all of the teams we're going to play right now are here for a reason. They're good. They play well. They're competitive. We're the same. I don't think it matters if someone doesn't like us or doesn't pick us. We're the 5/12 everybody is looking at that's going to be upset. I don't think that's a huge bearing on my guys playing harder or practicing harder. I think my guys are motivated to play well and practice well because they want to win for them, not to prove somebody else wrong.”

The Tigers will practice in Clemson Tuesday and early Wednesday, then head to San Diego.

“We're ready to still roll against New Mexico State. We're getting a little bit closer which is good,” Brownell said. “We've certainly gotten to watch a lot of film of them here in the last few days. Very impressed with their ability to guard. Very athletic team that really comes after you in transition. They rebound. The kids play extremely hard. Very well set up and organized.

“They run some good things. They change some defenses every once in a while, but the thing that sticks out the most is that they're used to winning. They won last year. They won 28 this year. You can see when you watch them play that they're a very confident group and they've knocked off a bunch of high majors already, so they have reason to believe they're good. They're certainly capable of making a run just like we are.”

Brownell said the Tigers will rely on their guard play to advance, a winning formula come tournament time.

“I think that's by and large a lot of basketball and I think it's winning close games,” he said. “The ball is those guys' hands a lot, so a lot of us is going to be dependent on how well Marcquise Reed, Gabe DeVoe and Shelton Mitchell play. When those guys play well, we're very difficult to beat, but the same kind be said for their team.”

“Some teams are going out today. We're going out tomorrow. I think it's fine,” he said. “I really don't think the lateness of the game will factor in the game. I think our guys will just be excited to play. Everybody over here just has to stay up.”