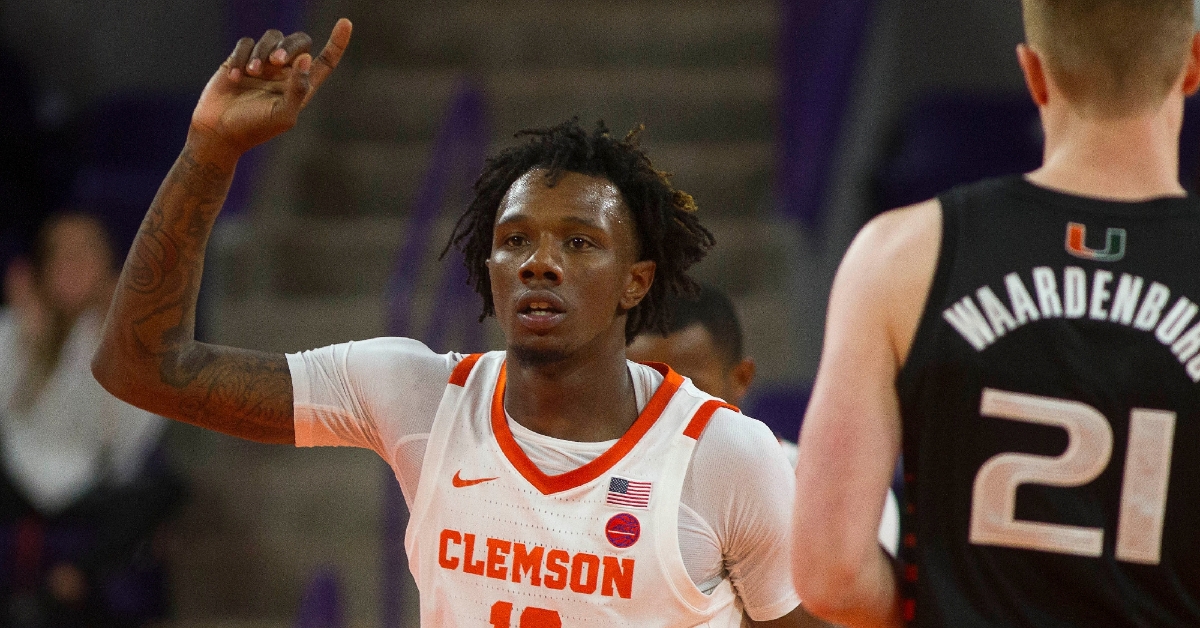 CLEMSON – Another game, another heartbreak for the Clemson basketball team.

A 12-2 Miami run in the last five minutes allowed the Hurricanes to overcome the 10-point deficit and force overtime. With the score tied at 68-68 in the extra frame, DJ Vasiljevic stepped back and hit a 3-pointer for a 71-68 lead with just 52 seconds left to play and the Tigers never recovered.

"We struggled to score. There's no other way to say it," head coach Brad Brownell said. "At some point in the game, we're going to get in a situation where we need somebody to make one and help us. Our kids are hurting tonight because we've been working hard these past three weeks, and these guys are trying. We're not making enough plays, basketball-wise, to win.

"In crunch time, you've got to execute your stuff, and when we don't execute at a high level, it's a challenge. I thought we played really hard. We played well enough for a long period of time to win. [Chris] Lykes made a couple of shots to get Miami back in the game. The winning 3-pointer by [Dejan] Vasiljevic was a pro-level shot. We just have to continue to execute and grind. That's the kind of team we're going to be this year."

The Tigers jumped out to a quick lead on a layup by John Newman and shot the ball well early. Al-Amir Dawes splashed two 3-pointers and the Tigers eventually moved the lead to 17-8 midway through the first half.

Clemson then went into one of its patented scoring droughts, going over five minutes without a point. The Hurricanes used that slump to go on a 9-0 and eventual 12-2 run that ended with a 3-pointer from Harlond Beverly for a 20-19 lead with just over four minutes remaining. Clemson reclaimed the lead on a quick bucket from Clyde Trapp for a 21-20 lead.

Miami scored the last four points of the half and the teams went to intermission tied at 26-26.

Every time the Canes would make a run, Simms had the answer. DJ Vasiljevic hit two free throws to make it 51-45 Clemson, but a Simms steal led to a layup and then Simms hit a layup of his own to make it 55-45 with just over eight minutes to play.

The Tigers then suffered through the kind of second half stretch that has cost them all season. The Canes went on a 15-2 run over a span of 5:08 to take a 60-57 lead. The Tigers were just 1-8 from the field during the run. A Tevin Mack layup stopped a 9-0 run by the Canes, but back-to-back 3-pointers gave Miami a 60-57 lead with just over three minutes to play.

Simms stopped the bleeding with a layup that made it 60-59 at the 2:57 mark. The Tigers made two consecutive stops and Hunter Tyson made them pay after the seconds top with a layup and free throw that gave Clemson the lead back at 62-60 with just under two minutes to play. The Canes came back to tie the score and then each team missed chances in the last 29 seconds to score and the game headed to overtime.