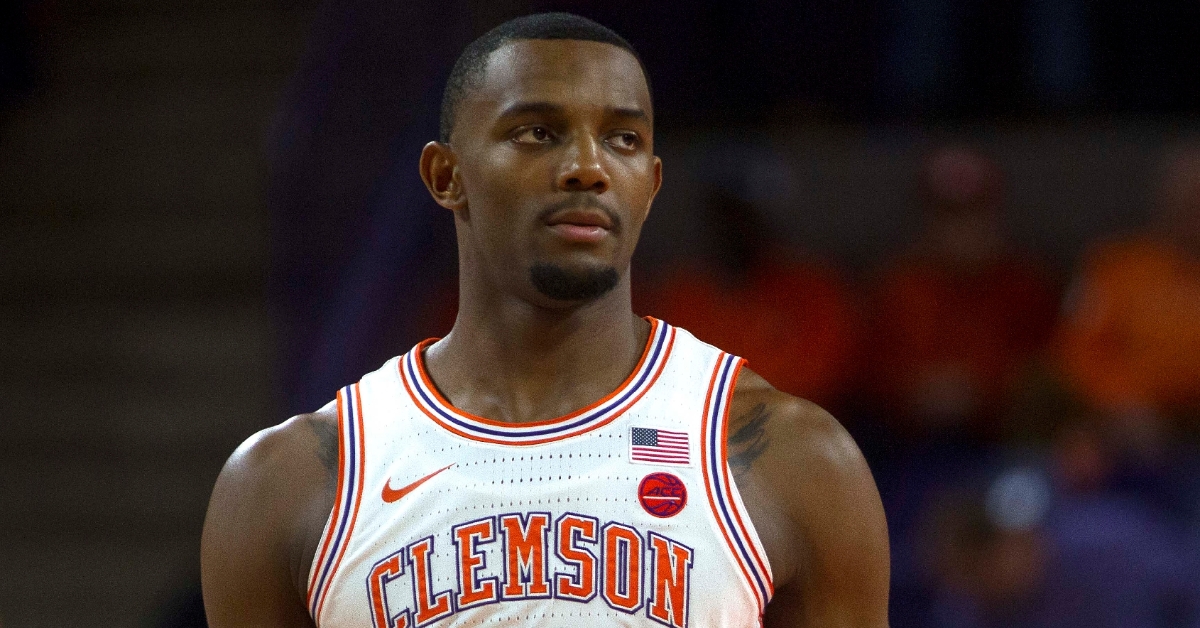 Simms, after scoring two first-half points, hit a pair of threes in a personal 10-point run to bring Clemson back within one in the early minutes of the second half.

A pair of Mack free throws would tie things up minutes later and graduate guard Curran Scott’s layup put the Tigers on top, 46-44, at the 10:43 mark of the second for their first lead since midway through the first period.

A Mack trey would extend the edge to match Clemson’s biggest lead of the game to that point with under nine left, up 53-47.

An emphatic dunk on a run-out feed from Scott to Khavon Moore extended the lead. And Clyde Trapp tacked on from there at the free throw line for a 59-50 edge with just over five minutes left.

The Tigers were hoping to wrap up a sixth comeback from 10 points down or more this season, however, Georgia Tech (17-14, 11-9) -- playing its final game of the season due to an NCAA postseason ban (recruiting violations) -- clawed back into a one-possession game from the free-throw line and Michael Devoe’s hoop-and-harm, three-point play cut the Tigers' lead to two with under three minutes left.

Georgia Tech center James Banks’ put-back dunk would tie things up with a minute and a half left. Simms missed a wide-open three shortly after to allow Georgia Tech a shot to take the lead -- and a Devoe runner did just that, 64-62, with 15 seconds left. A Mack 3-point attempt out of a timeout fell short and Banks hit 1-of-2 free throws to give Clemson a shot to tie with 3.5 seconds left after a timeout. Mack got another try to be the hero and his off-balance attempt went off the mark.

"They went zone and we had three wide-open threes and missed them all," Clemson coach Brad Brownell said. "Then we had two ball-screen coverage mistakes defensively and Devoe scored. We went zone one possession and they scored. We couldn't quite get them stopped...They just made plays down the stretch and we kinda didn't. We had a couple guys not aggressive as they needed to be. Banks being in there to protect the basket is hard. It keeps you out of there a little bit. With them scoring, they were able to get their defense set. We just didn't do a good enough job executing down the stretch."

The Tigers will play as the 8-seed in the ACC Tournament next week in Greensboro in the noon game against an opponent to be determined.

Clemson didn’t start or finish the first half with any sort of momentum.

The Tigers missed their first nine shots over a five-minute period, but the Yellow Jackets were unable to pull away -- a 12-3 Clemson run propelling Brownell’s group on top.

After Clemson led by as much as six points in the session, Georgia Tech controlled the final eight minutes to take back the lead and extend it to 11 points at the break.

Woes from beyond the perimeter picked up from where they left off in the loss at Virginia Tech two days prior, going 5-for-25 on treys from the second half there to the first half back in Clemson.

"I told our guys (of the comeback stat) at halftime," Brownell said. "I said, 'Guys, we've done this five times. We need to start the half the right way. Let's get some momentum and we're going to win this game.' And we did. And then with five-and-a-half minutes to go, we didn't finish. Georgia Tech made the plays they needed to beat us. And Mike Devoe was the difference at the end."

Mack led the Tigers on Senior Night with 19 points. The Tigers finished 6-of-26 from beyond the arc.

Clemson knocked off Florida State for a third top-6 win on the season just under a week ago, but two losses dropping the Tigers below .500 in ACC action puts a damper on postseason play coming up.

"We're not going to let a couple bad games take away from some of the good things this team has done," Brownell said. "This team has grown tremendously. They've dealt with a lot of adversity. With a lot of injuries. They've dealt with changing different things in the way we play because of personnel. We've had a lot of guys grow and do a lot of good things this year. We let a game get away from us tonight. We haven't had that happen very often. That's part of basketball but we've got to do better."