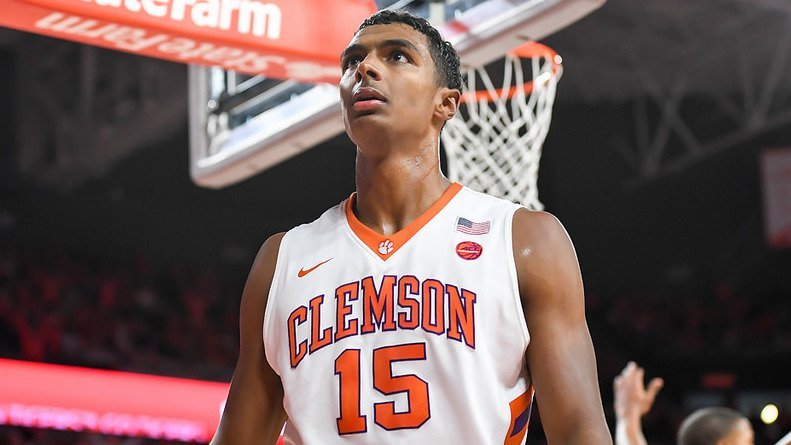 Clemson improves to 11-1 overall with its seventh straight victory. It was the first meeting between the two schools. The Tigers 11-1 in non-conference play this year is the best record in non-ACC play since the 2008-09 Tigers went 14-0 in the regular season.

The 89 points were a season-high for the Tigers. Clemson shot 57% from the field (32-56) and 11-24 from 3-point range. Shelton Mitchell and Elijah Thomas each added 15 points while David Skaara chipped in 11. Grantham added 10 rebounds.

Clemson is now 29-3 all-time against teams from the Sun Belt Conference.

The first half saw the Tigers jump out to a quick 7-2 lead, fall behind 8-7 and then use an 8-0 run to force a quick Ragin’ Cajun timeout with the Tigers ahead 15-7. The Tigers maintained that working margin for much of the next seven minutes and held a 23-17 lead before going on a 12-4 run that ended on a Grantham tip-in with just over three minutes to play and Clemson ahead 35-20.

The tip-in gave Grantham 1000 points for his Clemson career, the 39th player in Tiger history to reach that mark.

The Ragin’ Cajuns then went on an 8-2 run, trimming Clemson’s advantage to just nine at37-28 with 1:11 to play in the half. However, Grantham dropped a 3-pointer with 40 seconds to play and David Skaara dropped in another from the corner with two seconds to play as the Tigers took a 43-28 lead into the locker room.

The Tigers and Ragin’ Cajuns traded baskets for much of the first 14 minutes of the second half. Clemson never held a bigger lead than 19 (47-28 early in the stanza) but the Ragin’ Cajuns also couldn’t move the Tiger lead to under 12 (63-51 with 9:57 to play).

A 3-pointer by Cedric Russell with just under eight minutes to play brought the Ragin’ Cajuns to within 14 at 70-56, but the Tigers went on an 11-0 run over the next five minutes. Elijah Thomas had a bid dunk that made it 79-56, then followed a missed DeVoe 3-pointer a few seconds later with another slam that made it 81-56 with under three minutes to play.

Marcus Stroman made two free throws to end the Clemson streak and a five-minute scoreless streak for the Ragin’ Cajuns. Both benches emptied after the free throws, and A.J. Oliver nailed a 3-pointer from the wing that made it 84-58 with under two minutes to play.

The Ragin’ Cajuns missed their last 13 shots and didn’t make a shot from the field after Russell’s 3-pointer at the 7:49 mark.

Clemson returns to action on Dec. 30th with a home game against NC State. The game is scheduled for a 4 p.m. tip and will be the first ACC contest of the year for the Tigers.

Notes: Clemson improves to 11-1 on the season (best start since 2008-09) … the win is the first-ever over Louisiana-Lafayette in the first meeting between both programs … the 60 points allowed was the lowest point total all season long for the Cajuns … the Tigers held the Cajuns to just 28.1 percent from the floor – its lowest shooting percentage of the season … they held ULL to nearly 29 points below its season average coming in to the game (88.6) … Clemson made a season-high 11 3-pointers … eight different players made a three for just the third time in program history (tying Jan. 22, 1983 vs. Virginia; Nov. 13, 2009 vs. Presbyterian) … Donte Grantham notched 1,000 career points and his fourth career double-double (third of the season) … David Skara netted a season-high 11 points … Clyde Trapp scored a season-high eight points … the Tigers finished the game with over 50.0 percent shooting for the seventh time this season and are 6-0 in those games … the win gives head coach Brad Brownell his 135th victory at Clemson – moving him four wins shy of the third-most victories all-time at Clemson … the win moves Clemson to 70-29 (.707) all-time in November/December under Brownell.

Today was a good day pic.twitter.com/oxhowEE61f

Clemson vs. LA-Lafayette box
Get the latest Clemson gear right here!
Comment on this story