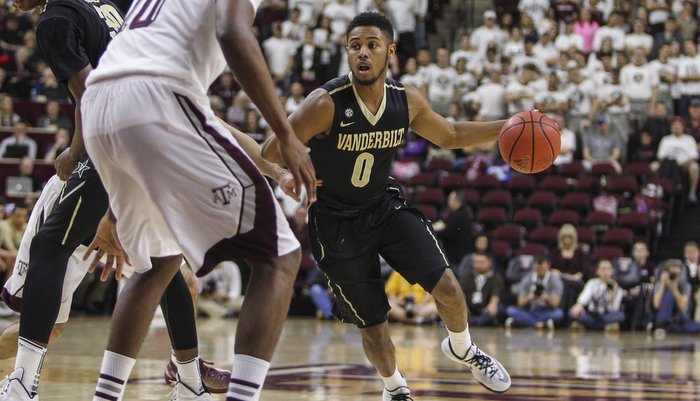 Shelton Mitchell has been recruited twice by the Clemson basketball coaches, but it was the third time that made him realize he wanted to be a Tiger.

The former 4-star Waxhaw (NC) Oak Hill Academy point guard decided to transfer after his freshman season at Vanderbilt, and it only took a weekend visit to Clemson for Mitchell to know that Clemson and the ACC were the place for him.

Mitchell told TigerNet that the relationships he forged with the Clemson coaches prior to his commitments to Wake Forest and ultimately Vanderbilt made Clemson the easy choice.

"I think my relationship that I've built when they were recruiting me the other two times really helped because I already felt comfortable with the entire staff," Mitchell told TigerNet Sunday evening. "It wasn't like I had to familiarize myself with them because I knew them all - Coach [Steve] Smith, Coach [Brad] Brownell] and all of those guys. They are all great guys. On the visit, it just kind of clarified how comfortable I am with them and I knew that's where I wanted to be. Being close to home, my parents will be able to come to all of the games again. Being able to play in the ACC is a dream come true."

The 6-4 point guard made his commitment official before leaving Clemson Sunday.

"The last time I was on campus before yesterday was my sophomore year for a football game," Mitchell said. "Towards the end of my visit was when I realized that this is where I really want to be. There was no need to wait around because I knew this was where I was going to end up going."

"When I decided to leave Vanderbilt, I didn't really have a school that I was really thinking about off the top of my head really," Mitchell said. "I was just trying to figure out how I was going to do this and what was going to happen. Once I started talking to Coach Smith, Clemson definitely kind of grew on me. I knew that I liked them before and it just made me like them even more. He's [Smith] very honest and genuine. He's someone that I can definitely relate to and someone that I can talk to him about other things besides basketball and learn life lessons from. I think that's really important."

"He's a really genuine and honest guy. That's what I like about him most, honestly," he said. "I can tell the other players trust him, which is also big. He seems like a great guy and I know he's a great coach."

Mitchell - who averaged 4.3 points, 1.9 rebounds, and 3.3 assists per game (103 total assists, tied for second by a Vanderbilt freshman) in 31 games (11 starts) - will have to sit out next season but will have three season to play after, said he is looking forward to opening the new Littlejohn Coliseum during his first year of eligibility.

"They talked about it, but I really haven't thought about it. It's going to be exciting to have my first game be in the new coliseum. I think that will be really exciting," he said.