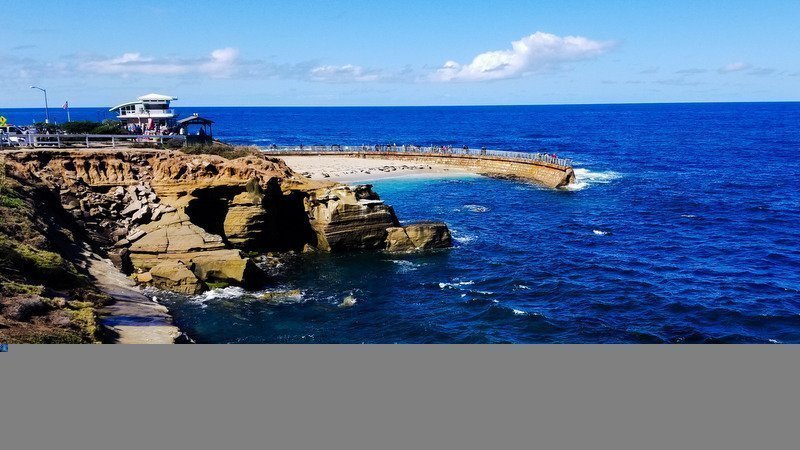 Seals on the beach at La Jolla Cove

SAN DIEGO, CA – San Diego has been as good as advertised.

When the pairings for the first round of the NCAA Tournament were announced and Clemson was placed in San Diego for the first two rounds, I had mixed emotions. I have always heard that San Diego was a great place to visit, but flying cross-country after a busy week that included spring football practice, baseball, basketball interviews and Pro Day didn’t exactly thrill me.

It’s been worth it.

I covered Clemson’s annual Pro Day Thursday afternoon, rushed home and wrote a few stories and Nikki and I drove to Charlotte for a late dinner and a few hours of sleep. She dropped me off at the airport at 4:40 AM and I climbed aboard a Delta flight that took me to Detroit and then to San Diego. I arrived here about 10:30 AM local time, found my hotel and grabbed a bite to eat before heading over to Petco Park for a quick look. After that, I headed to Viejas Arena to get checked in, find my credentials and find a seat on press row. A whirlwind? You betcha.

Let me backtrack a second, however. After checking into the hotel – which is located in Old Town in San Diego – I inquired about a quick place to grab lunch. The lady at the front desk asked if I liked Mexican food, and told me that several good restaurants were a two-block walk from the hotel. I beat a path to the Old Town Mexican Café and took just a little time to have some chips and salsa and a great meal that included cheese and onion enchiladas. The trip to Petco followed – a quick one – and it was time to get to work.

Satisfied, I hurried to the room, changed clothes and made my way to the arena. I’ve covered a lot of basketball games and I’ve been in a lot of arenas, and Viejas is your typical college arena. It's more than serviceable, but one thing I noticed is that it does seem to hold in sound. The New Mexico St. fans that sat over my shoulder were loud all night, even after the final buzzer. 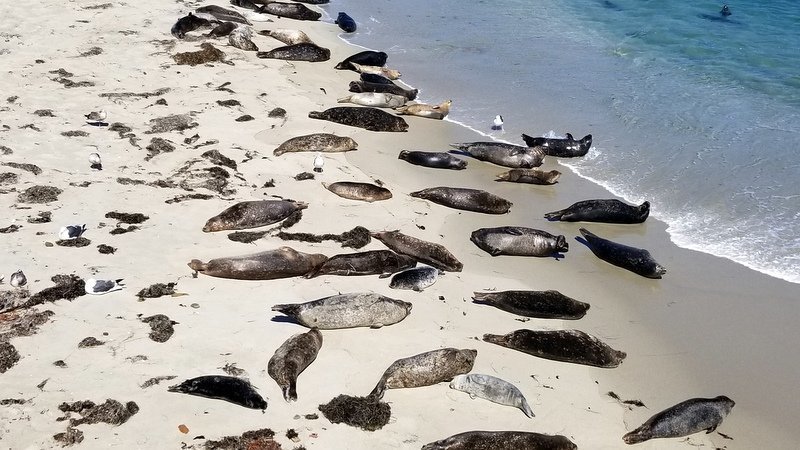 Seals on the beach at La Jolla Cove "

Before the start of the game, I ran over to speak with Athletic Director Dan Radakovich, speak with friends and a few other people and met faithful Tnetter Nelson Willhite, who lives close enough to San Diego to make it in. We were able to chat for a few minutes on the steps and then it was game time.

I woke up Saturday morning and waited for my friend and Clemson graduate Valerie Wilson to show up. She is now a travel writer living in Los Angeles, so who better to tour with? We drove over to La Jolla Cove, and I was blown away by the beauty. I peered over the wall and saw hundreds of seals (not the Navy kind) napping on the beach.

It was my first time being that close to wild seals, and the day got even better when we walked around the point and found 20 or 30 more napping right next to us. We were able to grab some close-up shots of mothers with their pups, and with the breeze blowing the clouds inland we drove a few miles down Pacific Beach and ate at a rooftop restaurant called El Prez.

The corn tortilla tacos were out of this world (the filet mignon was the best) and the salsa was the best I’ve had in years. Add in the fact that you’re eating on a rooftop with the view of the hills in one direction and the Pacific Ocean the other way and it can’t be beat.

We followed that up with a trip out to Coronado, and while we were there we took a quick lap around the Hotel del Coronado. I wish I could stay there, but it’s definitely out of my price range. Leaving there, we hit the Point Loma lighthouse and park, took pictures of some stunning views of the sun starting to set, and I ended the day with another plate of delicious food.

Today? This is going to be nuts. I will head over to the arena early to set up, hopefully see Clemson clinch a Sweet 16 spot and then I’ll head to the airport for a 10:30 PM red-eye flight to Atlanta. I won’t be worth anything Monday – not that I am anyway – but the tiredness is worth it. This has been a good trip, bordering on great.