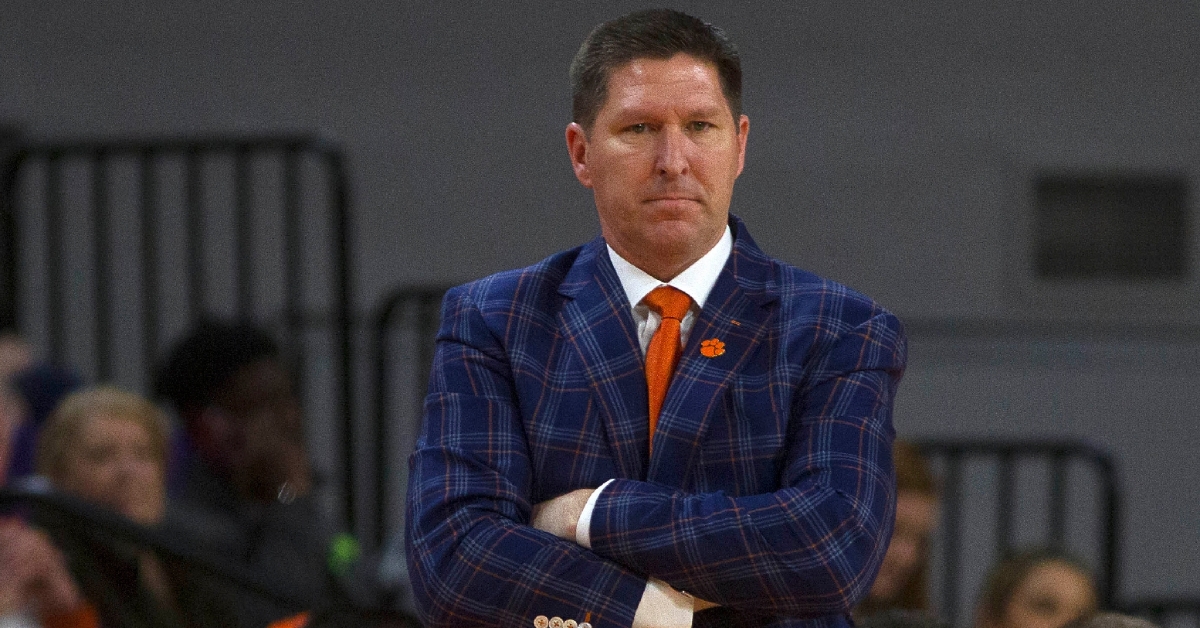 Coming up short in a nail biter at Littlejohn Coliseum, the Clemson University men's basketball team closed out its regular season with a close loss to Georgia Tech. Playing on his Senior Night, Tevin Mack showed out for the Tigers on Friday, but the Yellow Jackets won 65-62.

Terrence Oglesby takes a look at the game:

While I wrote last time about how good DeVoe was off the dribble, I didn’t put much stock into how good Josh Pastner is at getting him in positions to drive to his left hand. Georgia Tech called a lot of “5 High” sets where the big man would sprint to the top of the key and set a “blur” screen. This is where the big man doesn’t actually set the screen -- just makes the defense think it’s coming. They also did a good job of giving him dribble handoffs to get to his strong hand as well. If you give DeVoe an inch to his left hand, he is going to be able to take the ball all the way to the rim because of his size and physicality at the guard position. That is what happened on the game-winning play for Tech and credit has to go to Coach Pastner for putting his guys in the right position.

Aamir’s presence at the five position is very significant because of his ability to pull opposing bigs away from the goal. That, along with his ability to make threes, was never more pronounced than in the early going of the second half when the team was able to make a big run because of some of his shot-making. Trey Jemison did a very nice job Friday night of coming off the bench and needed to play more minutes than he is accustomed to, but it’s Simms’ ability to knock down perimeter jump shots that is missed the most when he’s in foul trouble.

Curran has had an up and down year. He’s had games where he’s been great and he’s had games when other guys stepped up and his minutes were reduced. This was Scott’s best game in a Tiger uniform. The Yellow Jackets targeted him a little bit in the first half with their isolations, but Curran was able to adjust and find ways to get stops after the initial onslaught. Offensively, he provided a spark with his shot-making and he was the king of the 50/50 ball. Senior night is a weird thing for a two-time transfer, but the passion he played with was noticeable and he left it all out on the floor .

If you were to tell me that Clemson would force 19 turnovers, have 18 more shot attempts than the opponent, and hold Mike DeVoe to one assist, I would say Clemson won the game easily. I’m just going to say it like this: Georgia Tech pulled one out of their you-know-where. The Tigers also outscored Yellow Jackets 25-10 in points off turnovers and led bench scoring 17-7. My favorite saying when I was coaching was “energy isn’t a metric”, but the bruiser ball that Tech’s guards played with resulted in 28 free throw attempts that ultimately determined the outcome of the game.

The Tigers now move onto Greensboro for the ACC Tournament and seeding still won’t be finalized until Saturday night. If the ACC has shown us one thing this year it’s that anything can happen. Clemson has shown they have the capability to beat any team they play especially towards the top of the league. As of Friday, it looks as though Clemson will play on the second day of the tournament so be ready to cheer on the Tigers Wednesday. It has been a pleasure this portion of the season working with Tigernet and I thank you all for reading.