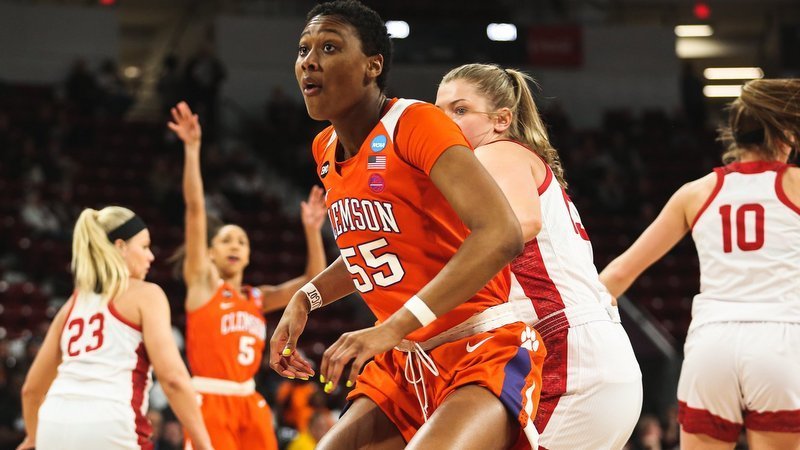 Edwards scored 25 for the Lady Tigers

Danielle Edwards scored 17 second-half points to finish with 25 as No. 9 seed Clemson came back to defeat No. 8 South Dakota 79-66 in the first round of the NCAA Women’s Tournament in Starkville, Miss.

Simone Westbrook added a game-high 27 points for the Lady Tigers, who will advance to play the winner of Friday night’s game between No. 1 seed Mississippi St. and the 16th-seeded Southern Jaguars.

Clemson trailed by four at intermission but outscored the Coyotes 20-13 in the third quarter to begin pulling away. Clemson was 9-21 from beyond the arc and hit 8-12 free throws. Edwards led the Lady Tigers with eight rebounds.

Clemson led by three at 58-55 with just over five minutes to play when Edwards drained a 3-pointer for a six-point lead and then hit another 3-pointer on the fast break 30 seconds later to put the Lady Tigers ahead 64-55. Aliyah Collier then hit two free throws, Westbrook hit a layup and Collier hit two more free throws for a 70-55 lead with 3:20 to play.

The Coyotes were impressive early and led by as many as six early after Ciara Duffy hit a 3-pointer for a 19-13 lead late in the first quarter. South Dakota kept a working margin for most of the second quarter, but Westbrook hit a layup on the fast break with 57 seconds left in the first half and the Lady Tigers trailed 35-31 at intermission. 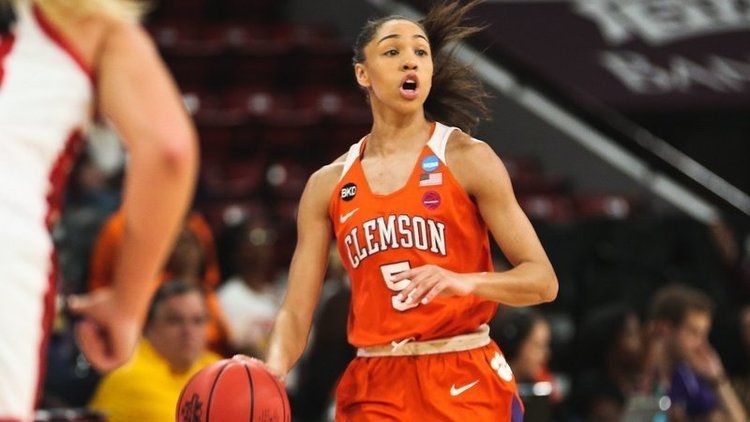 Edwards scored 25 for the Lady Tigers "

The Lady Tigers led by three at the end of the third quarter (51-48) and the Coyotes kept it close early, but Edwards and Westbrook helped Clemson pull away for the win.

Clemson vs. South Dakota box
Get the latest Clemson gear right here!
Comment on this story