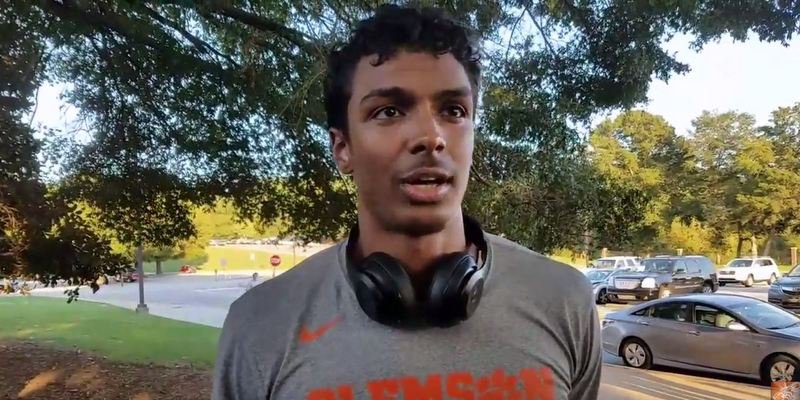 Grantham steps off the bus Friday evening in Clemson

CLEMSON – Clemson basketball players Donte Grantham and Mark Donnal were walking up La Ramblas, one of Barcelona’s most popular tourist spots, headed back to the team hotel after a round of buying souvenirs. What happened next will be forever burned into Grantham’s memory.

A white van crashed into a packed summer crowd in the historic Las Ramblas district Thursday afternoon, an attack in which at least 13 people were killed and more than 100 were injured. Grantham and Donnal were trying to making it back to the hotel so they could leave for that evening’s game when he thought he heard gunshots.

“Basically we were just talking a little bit and we just heard a really loud noise,” Grantham said. “At first we thought it was gunshots, that’s how loud it was. It sounded like shotguns kept going off. Then we just look around and there was probably like 10,000 people just scattering everywhere, running at us in one little section. The bus was supposed to leave a few minutes after that happened. I was across the street trying to get my mom a souvenir.

“I just happened to see Mark, and I walked over to him. If I hadn’t seen him, I would have probably been in the middle of the street. He has a lot of photos of just before it happened. We saw people falling down, they just kept going down. We really didn’t stay to keep looking. We ran, got in our hotel and it was just hectic. A lot of people down there. That was really the most we saw. We didn’t really see the van but we just saw a lot of people falling down.”

It led to a sleepless night as Grantham thought about his blessings. 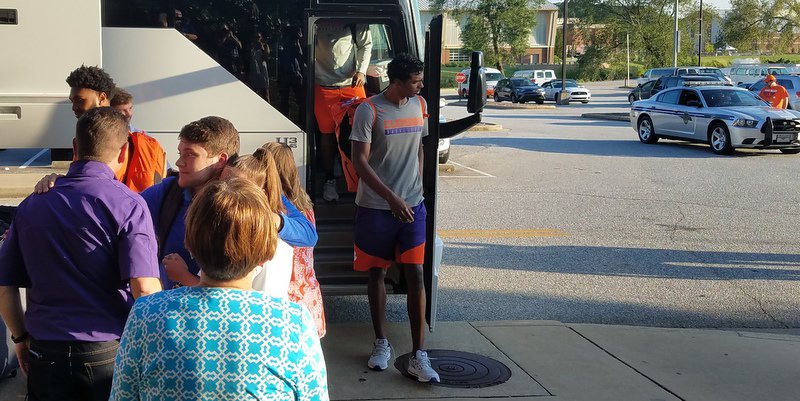 Grantham steps off the bus Friday evening in Clemson"

Head coach Brad Brownell and the rest of the Tigers were met by a crowd of about 30 people when they arrived back on campus, and he said that the trip was good one for his team – they went 3-0 – until the final day.

“We had a great trip. Certainly the ending was eye-opening and tragic,” Brownell said. “It was literally right outside of our hotel, and we had some people see some things that you don’t like to see. It made the last 24 or 48 hours of the trip difficult. But we are all home safe and sound. There was a little bit of time there was when our academic advisor and her husband were out on the town and were out of pocket.

Grantham talks to TigerNet about the incident Friday evening

“The whole trip was a teaching moment and we concentrated on that. And what happened yesterday certainly served as a teaching moment. We got together at the end of the night, put our arms around each other and hugged each other as a basketball family and said a prayer or two. It’s the world we live in and there are things you can’t explain.”

Grantham said he was just happy to be home.

“Guys were so happy when we landed in the United States,” he said. “We are happy to be here, eat some American food, and get back to their families.”