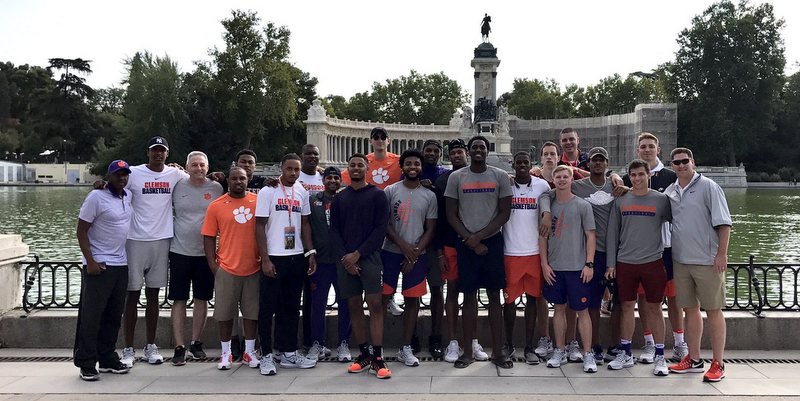 The Clemson basketball team was getting ready to depart their hotel and head to the arena to play the fourth and final game of an international trip, while the Clemson fans who made the trip planned to depart the hotel about 45 minutes later.

Those trips and the game were put on hold as a loud noise destroyed a peaceful afternoon on Las Ramblas Thursday afternoon. A white van crashed into a packed summer crowd in Barcelona's historic Las Ramblas district, an attack in which at least 13 people were killed and 80 injured.

Cobb Oxford, who used to write for the Orange and White and was on the trip with the team, saw a perfect trip take a deadly turn.

“It was a very, very positive trip until mid-afternoon today,” Oxford told TigerNet.

The Islamic State claimed responsibility for the attack. The driver was arrested around two and a half hours after the attack, a second suspect was also arrested and police shot dead a third man who drove at officers at a checkpoint. It was not clear whether he was connected to the Las Ramblas attack.

For all of those involved with the Clemson group, it was a sobering end to the trip.

“This is the basketball travelers, a group that travels with Clemson basketball. The NCAA allows an international tour once every four years, and you have the opportunity to go along,” Oxford said. “We went to Italy four years ago, and this year's trip is Spain. We went to Madrid, we went to Valencia, and then Barcelona. We were supposed to play four games, but of course, tonight's game was canceled. The kids get to see a part of the world most people don’t get to see. We have 26 supporters on this trip. We have a bus and the team has a bus, we stay at the same hotels, take the same routes and visit the same sights.” 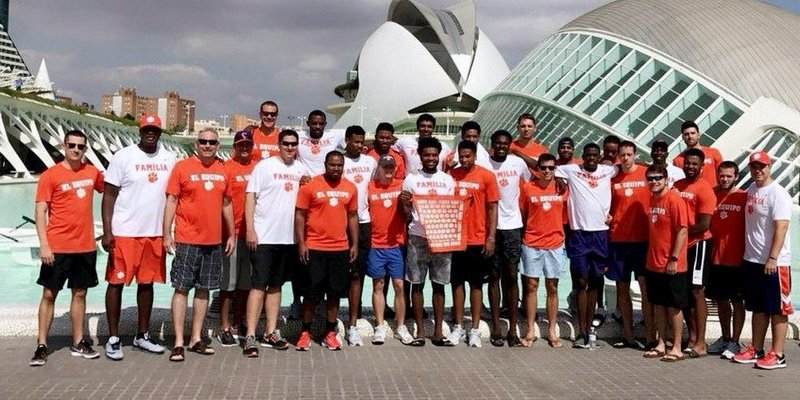 Clemson was 3-0 on the trip, a trip which began on August 8th. The team and the supporters visited the 1992 Olympic venues early Thursday, and the team was almost ready to depart for the arena when the attack occurred.

Oxford said there was no warning, and there wasn’t much of an indication that there was heightened security.

“A British guy who has lived in Spain a long time pointed out the train station in Madrid where the 2004 bombings happened,” he said. “That was really the only mention of terrorism on the trip. The biggest concern for me, after reading about Spain and watching videos, was pickpocketing. Spain is known as the pickpocket capital of the world.”

The team hotel was on La Ramblas, a popular tourist spot.

“La Ramblas is a lot like Bourbon Street or Times Square,” Oxford said. “There are a lot of vendors, a lot of food and a lot of dining. People are all over the place. It is a big deal. Our hotel is right on the street. Today we toured the site of the 1992 Olympics and were back at the hotel getting ready to head to the game.”

Oxford was in the restaurant of the hotel when the driver of the van flew by.

“I am just sitting there, and all of a sudden people are flying through the front door,” Oxford said. “People were laying on the ground, and when I stood up I saw a bumper – just a bumper – in the middle of the sidewalk. The way the street is set up is like there are two narrow streets side-by-side, and then there are these wide sidewalks. That is where all the action is. That is where people walk. The guy jumped the curb at the upper part of the street and drove down the sidewalk, which is probably 40 feet wide.”

He then walked out the door and observed the aftermath of the attack.

“We were all standing there observing I was walking around and looking at bodies on the ground, and I was able to see maybe a block-and-a-half down the street. I saw six or seven other people laying on the sidewalk. There were no bodies in the middle of the street. It looked like the bodies deflected off the van and landed on the sidewalk. I watched it for close to ten minutes, and then the hotel staff came back and said they wanted everybody to go back to their rooms. Then we find out everybody was gathered in a room upstairs, and we have been watching the BBC coverage of the event.”

The team will return home tomorrow.

“They expected the street to be closed tonight, and we have to leave here a little bit earlier tomorrow and figure out how to get back to our bus,” Oxford said. “We are supposed to get back to Atlanta about 3:30 Friday afternoon, and hopefully back into Clemson about 7:30 or so.

“There is no place better than home.”

However, Oxford says he wouldn’t hesitate to make another trip with the team in four years.

“No. I would go again. It wouldn't stop me,” he said. I don't know where they might go in four years. I don't think I would have any hesitation. This was an isolated incident. Spain hasn't had any terrorist attacks recently. You can’t predict this. It was a fabulous tour until three or four hours ago. It was a great thing for the team.”

Thanks for all the calls and texts. Everyone on our trip is safe and our thoughts and prayers are with the victims and their families.