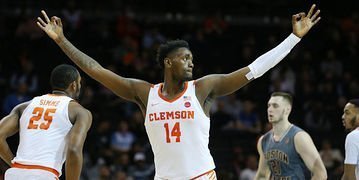 CLEMSON - Clemson basketball entered the year with high expectations after making a Sweet Sixteen last season. The Tigers’ schedule to begin ACC play was brutal, and after a 0-3 start and devastating losses to Florida State and NC State, fans were not happy.

Despite the slow start, there were still bright spots for Clemson, and one of those is senior center Elijah Thomas.

It has been a frustrating year for the big man and most of that stems from the fact that he struggles to stay in games due to foul trouble. It seems as if it is almost a given that Thomas will pick up two fouls in the first half, forcing him to sit out. Foul trouble has become a point of emphasis for Thomas and it showed against Wake Forest as he only had one foul the whole game.

“Being able to stay in the game and finish with one foul was pretty cool,” Thomas said. “I’ve been trying to actually work on staying in games because, just like everybody else hates it when I get in foul trouble, I hate it.”

A lot of the foul trouble comes from being to amped up in the game. For Thomas, it is important to stay calm and to just breath so that he can continue to think clearly and not make any critical mistakes.

“Sometimes I forget to breathe and when I don’t breathe, I tend to foul somebody. But when I’m breathing, I’m just relaxed,” Thomas said. 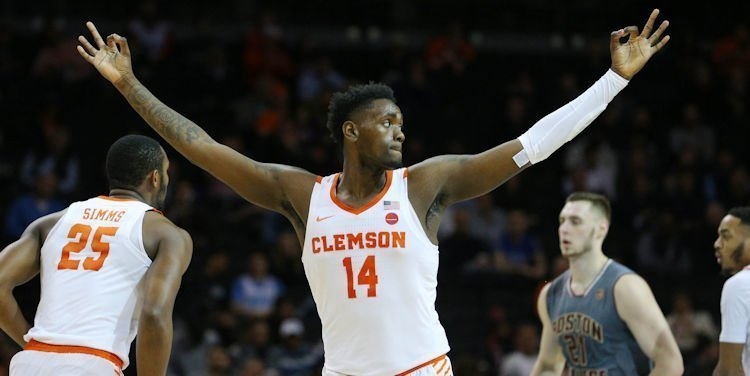 Thomas posted the 17th double-double of his career Sunday "

The senior posted his sixth double-double of the season with 23 points and 10 rebounds while adding in a career-best seven blocked shots. He finished 10-for-11 from the field and 3-for-3 at the charity stripe as Clemson won its second consecutive ACC game with a 64-37 victory over Wake Forest Sunday.

“Obviously he is just a difference maker as a player,” Brownell said. “So, when he is out there for 28 minutes, our team is infinitely better.”

There is no question that Thomas plays a huge role for the Tigers in their final ten games of conference play. If Brownell and company want to make a run for another NCAA tournament bid, Thomas will need to stay out of foul trouble and be on the court more often. If he is, Clemson has a good chance at making a push for another postseason appearance.