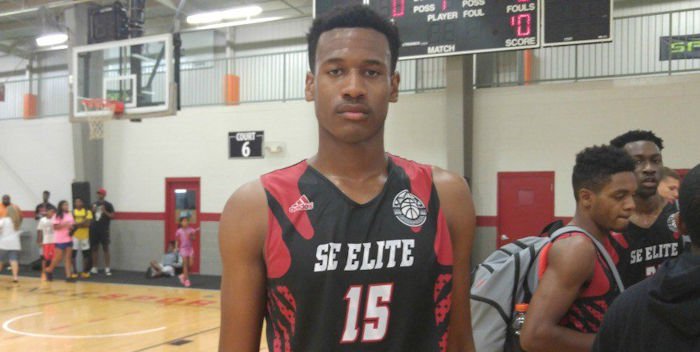 Malik William knows a good opportunity when he sees it, and he thinks he has a great opportunity at Clemson.

The 2017 6-7 power forward out of Orlando (FL) The First Academy gave his verbal to the Clemson coaches Wednesday morning. He is the second commitment for the 2017 class, joining shooting guard A.J. Oliver (the son of women’s basketball coach Audra Smith).

William told TigerNet that he took a hard look at Clemson’s roster and saw that Jaron Blossomgame is entering his senior season, and Blossomgame’s departure might mean early playing time.

“I was looking at their roster, and I know the 4-man (Jaron Blossomgame) is really good at Clemson,” William said. “I was looking and seeing that this was his last year, and it was my thought I could come in and play as a freshman. So I made the decision that way. “

“They showed up at about every one of my games,” William said. “I developed a really good relationship with Coach (Brad) Brownell. I always saw his face at my games. They always came to see me, and that meant a lot. “

The 3-star prospect said the Tigers are getting a versatile player who – like Blossomgame – can do a variety of things on the court.

“They are getting an outstanding player who can control the game,” William said. “I feel like I play offense as well as I play defense. I can block shots and rebound, but I also can step out and hit the three-pointer. I like to bring the ball up the court, and I like to move and get the ball in my hands.”

Once he made the decision, William tried to call Brownell but instead settled for lead recruiter Steve Smith.

“I called Coach Brownell (who is on vacation), and he didn't answer,” William said. “So I called Coach Smith, and he answered. He was surprised. I can’t wait to get there and show what I can do. I've been to campus once, and that was back in January. The new arena was being built then. It will be great to play in a brand new arena.”