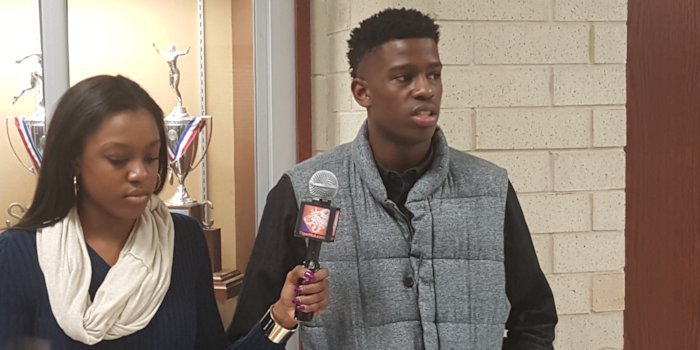 Clemson basketball commit A.J. Oliver announced Wednesday that he will forgo his senior season at Daniel High School and enroll at Clemson in January.

The Clemson basketball staff discussed the option earlier this year with Oliver, who will now be considered a member of the 2016 recruiting class and will redshirt this season.

"We talked about it earlier in the summer, and they thought it would be a pretty good idea," Oliver said. "My father and I also agreed. They are pretty much on board with it, and I know they will be ecstatic for me."

Oliver, the son of Clemson women's basketball coach Audra Smith, said he was ready for his next challenge.

"My dad and my mom and I, we weren't tired of playing high school basketball, but we wanted something more," said Oliver. "I feel like this will be the best opportunity for me to kind of get ready for the ACC and see what it is like to be on the road with the guys and to be in college and to actually work with better players. The prep school scene wasn't really for me, so I decided to enroll early."

Oliver said he hopes the extra time in school and learning the system will pay off in the long run.

"That's the main focus behind the decision," Oliver said. "Just getting in and getting to know the system early so I would be prepared for when I come in for my actual freshman year in August."Clemson commit will forgo his senior season

Being the kind of practice player that makes his teammates better is what Oliver plans on doing in his redshirt year.

"Hopefully, I can come in and contribute as much as I can towards the end and middle of their season," Oliver said.

His junior season, Oliver averaged 21.3 points, four rebounds and 1.2 steals a game. He shot 85% from the free throw line and close to 50% from behind the arc.