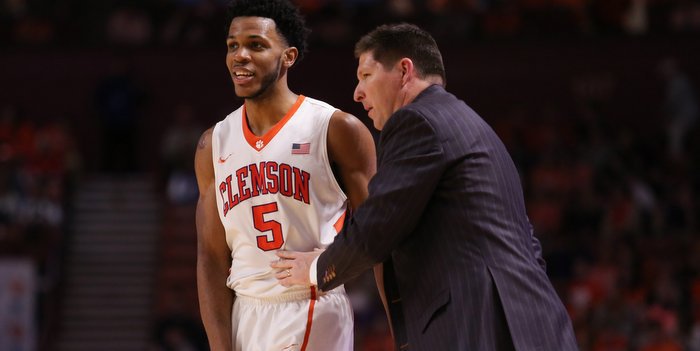 Brad Brownell likes what he has seen from his players this season.

He just hopes people outside of the program appreciate their effort, as well.

Clemson improved to 16-10 overall and 9-5 in the ACC with its win over Boston College on Wednesday and has won two straight after losing three of four.

The Tigers are seventh in the ACC but only a game-and-a-half out of first and have wins over four of the six teams in front of them in the conference standings.

“This team needs to get a little more positive press about some things,” Brownell said. “There’s some times when we think that our tradition and history is a little better than it is. We’ve had pockets of success and done some really good things here, and we’re trying to do more. But this team has done some things that other teams in the history of the school haven’t done, and this league’s pretty good. So I’m proud of our guys.”

The Tigers travel to N.C. State on Saturday. The Wolfpack are 13-13 overall and 3-10 in conference play.

The teams split last year’s meetings with each team winning on the road.

The Wolfpack started conference play 1-7 but have gone 2-3 since. 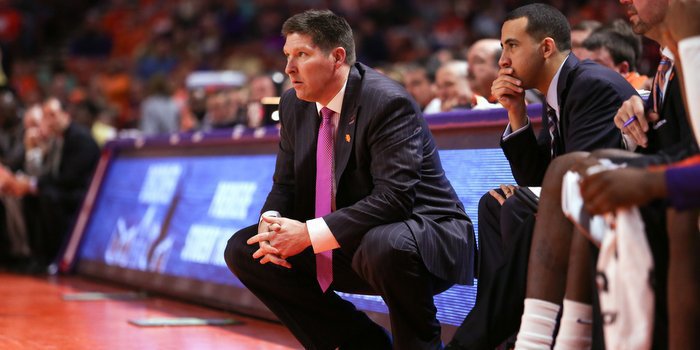 “When you go on the road, you’re trying to put yourself in position to win a game. Then hopefully your guys are good enough to do it and you execute well enough down the stretch,” Brownell said. “N.C. State’s going to be a tough one. Cat Barber’s unbelievable. They’ve got big, strong guys inside that are physical. The Martin twins are good players. Maverick Rowan can really shoot. They’ve shown that they can play really well at times, and they’ve got all week to kind of get ready, and we anticipate a tough game. We had two tough matchups with those guys last year.”

Saturday’s game is just the first of four down the stretch that will help decide Clemson’s NCAA Tournament fate with three of those on the road. After Saturday, Clemson travels to Georgia Tech, hosts Virginia and then finishes the regular season at Boston College.

There’s a lot on the line in those four games, but Brownell said the Tigers won’t be alone.

“I think the thing that has changed that people don’t understand is this isn’t 1981 or ’85 or ’88 or even early ’90s, maybe even up to 2,000, to be honest with you. College basketball is so much different now than it was probably even 10, 12 years ago; there’s so many more teams that have really good players, really good coaches that the parity is unbelievable,” Brownell said. “Obviously, this year, as much as any in college basketball, you see it. There might be 125 teams vying for 68 spots. …Some of that is television; everybody’s games are on television. … There’s a lot of schools that don’t have football, and they put everything into basketball. There’s so many more good teams now and so much more parity in college basketball, that it’s really hard to make the tournament.

“I think there’s a bunch of teams like us that are in this position where for the last two to three weeks, you’re on the bubble, off the bubble, near the bubble, all this stuff, and you’re just playing your tail off to try to find a way to get in that tournament.”