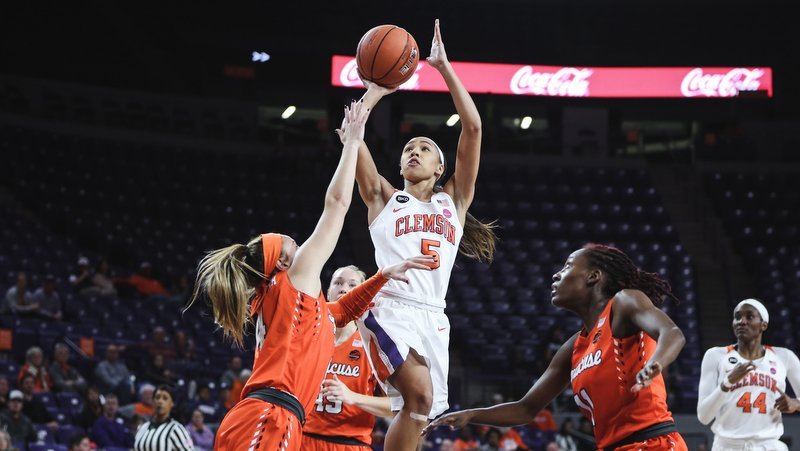 CLEMSON – Team No. 44 is close-knit, feisty, scrappy and they play hard. They also happen to be 14-5 overall and 5-1 in the ACC and in case you haven’t been paying attention, that team is tied for third in the Atlantic Coast Conference.

Team No. 44 is exactly who they want to be – a women’s basketball team starting out under the direction of first-year head coach Amanda Butler and isn’t afraid to go toe-to-toe with the best team in the ACC.

While the task at hand may seem daunting, Butler said her team isn’t worried about what lies ahead. Instead, they’re focused on themselves.

“I think it's more accurate to say that we're trying to better every day. We started out this year that we're team No. 44,” Butler said Tuesday afternoon. “We're the 44th team in the history of college women's basketball (at Clemson) and that stands alone. There's a lot of great stuff that has preceded Team 44 and there are maybe a lot of things that the leadership would want to be different, but we're Team 44 and that's all we're trying to be.

“We're not feeling more proud because last season wasn't this way or less proud because we lost some games that we felt we shouldn't have early on. We're trying to make sure our focus is 100-percent where our feet our right now and today it's going to be in Swann Pavilion practicing day one of the battle prep against an undefeated N.C. State team.”

The Lady Tigers are who they are, and that goes beyond the made baskets, the steals, and the wins and losses.

“I think the people that always want to talk about the comparisons of last year's team or 10 years ago or even back when Coach Davis was here,” Butler said. “We are who we are and we don't care who we're not. I think that's what the team does a great job of is not being distracted by, not allowing things that we're not - those things don't enter the conversation. 5-1, 14-5, whatever the numbers are, that's great but those don't really capture who we are. Who we are is how we play, how we love each other, how we handle our business like women that that desire to improve every single day.”

Butler loved the makeup of her team the moment she met them last year.

“I loved their energy. My first meeting with them was minutes before I had my press conference,” Butler said. “One thing was for sure, we had a locker room full of really, really good people. I think when you get a collection of really good people and their hearts and minds are what you want and their personalities and energy are really, really good then whatever else might not be in the room, you can hopefully find ways to make those things not matter. They were welcoming and warm. They were great ambassadors to Clemson University just as everyone else I met and continue to meet as a rookie.

“They were great examples of the people who choose to be part of the Clemson family. They all came to the press conference, which was awesome and they got a chance to meet and spend time with my family. Then we went to work. I was trying to show them this is who I am and these are the things that are important to me and now let me learn what those are for you. It's really been to this point a discovery process of knowing each other, figuring out each other's strengths and weaknesses and now here's your weakness and my strength so let's blend those two so now it goes in the direction we want it to go. Even into ACC play we've had a goal of let's just get better every day and a byproduct of that has been winning. We never set out to say, 'let's beat this team or let's win this.' Let's be our best. We want to be our best version of ourselves we can be day-to-day.”

Now that they’ve had some success, led by leading scorer junior Kobi Thornton, who ranks in the top 10 in the ACC in scoring at 16.1 points per game, and the defense of Danielle Edwards and Simone Westbrook, Butler said they aren’t changing the philosophy that’s gotten them this far.

“The message hasn't changed and that's one of the things we talk about. We are better than we were in June, July, September, October, but we said back in August that we want to be playing better basketball in December than we are in November and we want to play better basketball in January than we did in December,” Butler said. “That's going to be a commitment to daily improvement and we can't lose sight of that. One of the things that we talked about in the summer is you have train unnatural skills. It was obvious from the beginning that this group was going to play really hard. 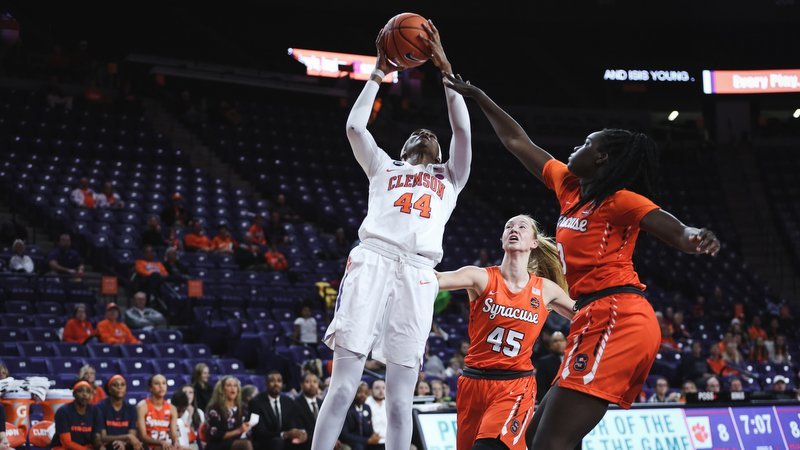 “They were going to practice hard and play hard and sometimes you can do that and still lose, so what are we going to be if we try really, really hard all through the summer and we lose a few ballgames in November? Who are we going to be then? They clearly answered that because we had that where we lost three in a row and they didn't change. We just tried to get better the next day and go out and compete our best. The fact now that it's ACC games and we happened to win a few in a row, we haven't changed that philosophy and we're not going to. The ACC, any win you get in this league against anybody anywhere is big time. The fact that we've been able to string a few together is a demonstration of their commitment to a way of doing things and also being committed to the fact that they believe in who they are and they will continue to make games about that and not about who we're not.”

Butler’s squad has already knocked off two ranked opponents in Florida State and Miami, and they’ll have their chance again as they as they square off against No. 8 N.C. State Thursday night and then come home to host No. 1 Notre Dame and No. 4 Louisville.

Clemson’s head coach doesn’t want fans to wait any longer to get behind her squad.

“Come to our games to see us. It's great when you have in your league opponents like Notre Dame and Louisville and some of the names that have numbers next to them that are really fun to come see,” she said. “This team deserves your support. This team is worth coming to see. What comes first? Do the rankings and the wins and all that come first and then you come or can you come and help us build into something like that that I think fan bases really get excited about? These kids fight and scratch and claw and they are proud to be Tigers. If you do come, you will want to come back.”