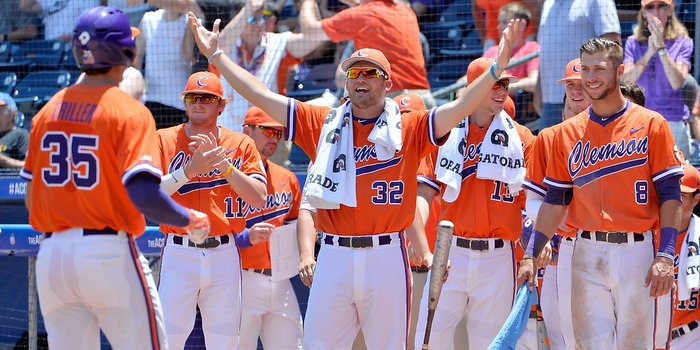 Chris Okey says the Tigers are never out of a game

DURHAM, NC – This Clemson team is just a little different.

Over the past few seasons, Clemson’s baseball team has been accused of playing too tight or not having fun. The result? A team that has underachieved and failed to win on the big stage.

That trend is reversing under first-year head coach Monte Lee – Clemson improved to 14-1 in one-run games on the season and put together another miraculous comeback in defeating Wake Forest Saturday afternoon in the ACC Baseball Championship at Durham Bulls Athletic Park.

The Tigers defeated Virginia and Louisville’s aces in their first two games of the tournament but were shut down by Wake’s soft-tossing starter for six innings Saturday. However, the Tigers got into the Demon Deacon bullpen and scored three runs in the seventh and a single run in the ninth to complete the 5-4 victory.

It’s a blueprint the Tigers have followed all season.

Catcher Chris Okey says the players believe they are in every ballgame. 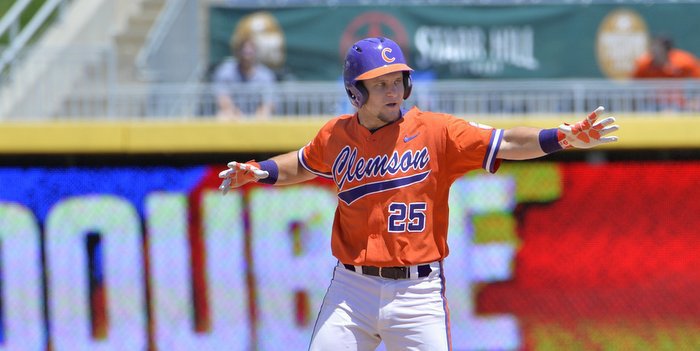 Chris Okey says the Tigers are never out of a game "

Okey said the Tigers are so relaxed they can treat it like the kid’s game it’s supposed to be.

“Just kind of treating every situation like it's a game in the backyard. No situation is too big for us no matter if it's 4-3 in the ninth or we're down 4-3 in the ninth,” he said. “We're always going to be there. We're going to execute our at-bats, and they're going to execute their pitches, and we're going to have each other's back no matter what. That's one thing about this team, we take pride in each other and in what we do. That's one thing that I love, we never stop believing in each other.”

Lee said he is proud of the fact that his team never panics.

“Just very proud of my ballclub,” Lee said. “It was a gutsy win for us, come-from-behind win, which we've done time and time again, so our guys didn't panic. Our guys didn't press. We just stayed the course, which is what we've done all year long, and we found a way to get it done.”

Center fielder Chase Pinder says the players look for Lee to provide guidance when the going gets tough.

“I thank coach for that. I know when we're struggling or out of whack during the game and Coach meets in front of the dugout, he's going to get us straight, and he always does that, so I give him credit,” Pinder said.

Lee said it all comes down to one word – toughness.

“Toughness. In one word, it's toughness. Our team is tough. We've got competitors on the field and on the mound, and we believe that we're going to win when we get the lead,” Lee said. “It's that simple. When we're down, we find a way to get the tying and the winning run to the plate, and once we have the lead, we're very confident that we're going to hold on to it, and that's what this team has done all year. It just says a lot about our toughness.”